Why was this sailor painting a Swastika on a US Destroyer?

In the WWII movie Greyhound (2020), at about 25:00 we can see a sailor painting a Swastika symbol on the ship. This happens right after they have sunk a Nazi U-Boat. 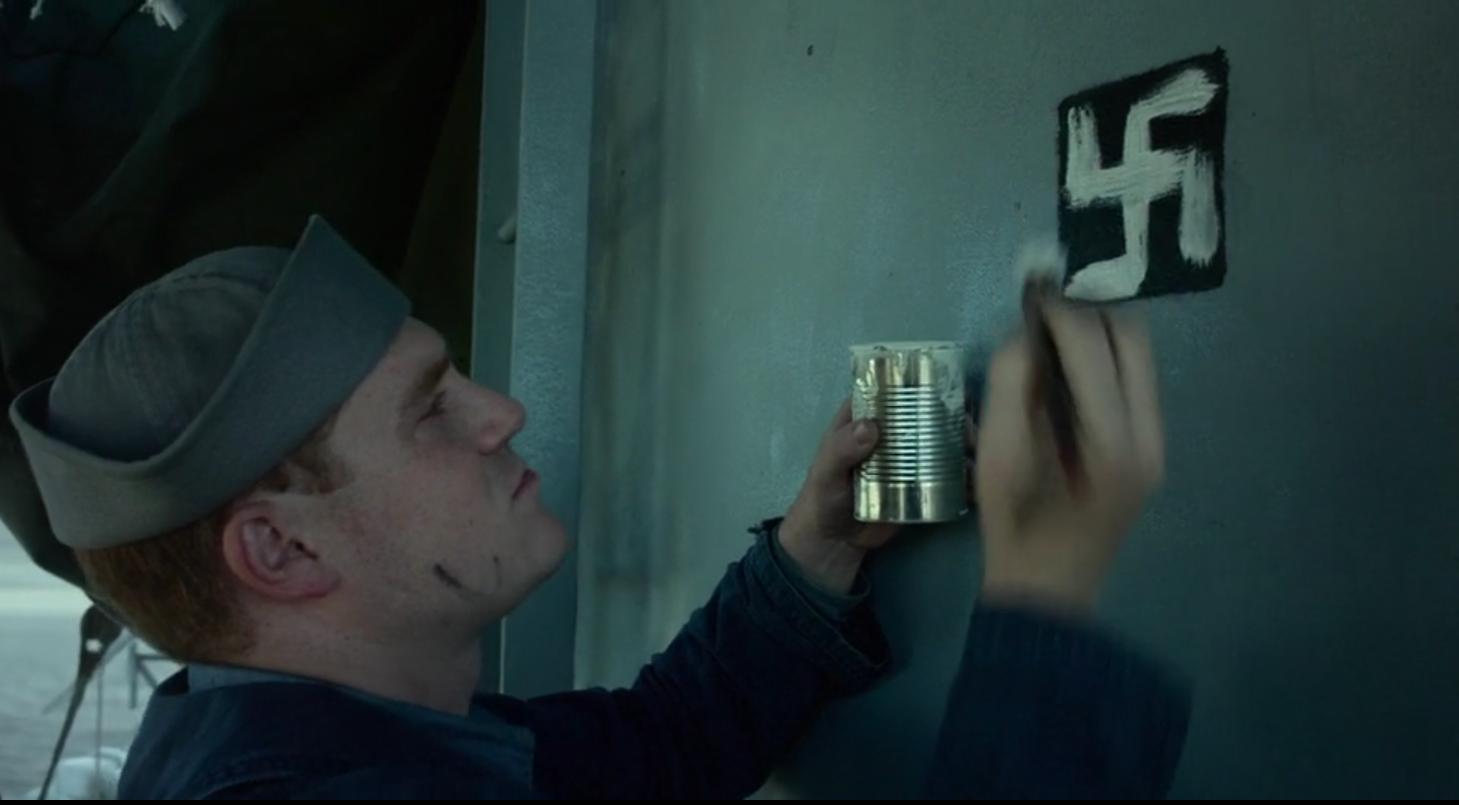 Why was this sailor painting a Swastika on the ship? Was it a count of U-Boat kills? Is it realistically depicted in the movie?

Those are victory or kill marks. It was very common for tanks, planes and ships to mark their kills on both the Allied and Axis sides during the war. 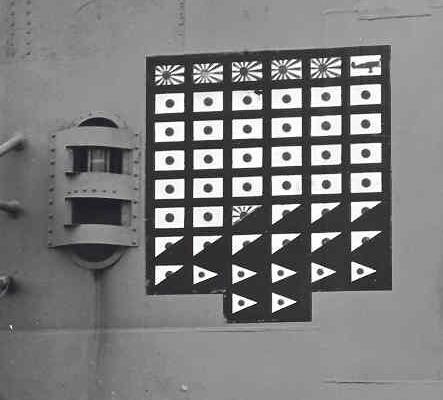 The "Rising Sun" flags indicate the sinking of a military naval combatant vessel, the red dot flags are supply ships, and the pennants indicate merchant vessels. The half flags indicate an assist - some other ship claimed the kill.

At some point since the War, it's become more common to use generic symbols rather than national flags, but the practice still continues.

Not the answer you're looking for? Browse other questions tagged plot-explanation realism greyhound .

32
Why didn't they use a brute force method to activate the Stargate?
21
Why does Weyland have to hide that he was on the ship?
12
Why did Cutter retell the sailor story?
2
How does Steve escape from the building in Venice
9
What's the deal with the rewind?
41
Why this turn in Shae's character?
5
Why didn't Tupolev destroy the incoming torpedo?
10
Why didn't this ship defend itself in The Expanse S03E05?
3
What happened with Steve and the sketchbook?
0
Would messmate really be helping gun crew during the battle?