Was there cigarette smoking on "Star Trek (The Original Series)"?

I have seen every episode at least half a dozen times over the decades and I am pretty sure nobody smoked; not even some exotic alien hookah or something.

In the days when cigarette ads were all over the place (in the 1960s) on TV and in print and characters did smoke in movies and on TV, if indeed this was never shown on STOS, was it a conscious decision? Or did it simply look too low tech for the show?

Not the Original Series, but in Star Trek V: The Final Frontier, a Federation ambassador named St. John Talbot is seen smoking on screen. This was a film with the Original Series cast in the Original Series timeline, so we see that smoking in that time frame was canon, though the smoker was not in Starfleet. In fact, the character was portrayed as weak and corrupt, so the cigarette is probably part of that commentary. Here's a photo: 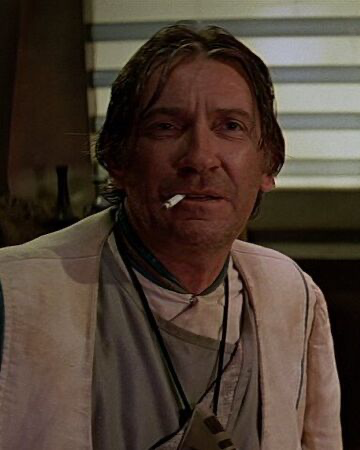 According to this source, smoking occurred in a number of the movies and other series, but never in the Original Series. The closest TOS got to showing smoking was a scene with a cigar humidor and an ashtray on an alien's desk.