Why weren't Hitler's actual facial features used in The Man in the High Castle?

I've started watching The Man in the High Castle (2015) and became quite impressed with the overall idea and presentation of the post-WWII alternative reality. It looked like the producers chose to use a lot of real facts/names from our history, however, they've decided not to use Hitler's real facial features and I would go as far as to say that there was no obvious resemblance to the real Hitler (IMHO). What might be the reason for such a decision, considering how easily they could've made him look recognizable? Is there some sort of moral or ethical burden?

For the benefit of those like me who haven't watched the series, here's a picture of Hitler in The Man in the High Castle, as played by Wolf Muser: 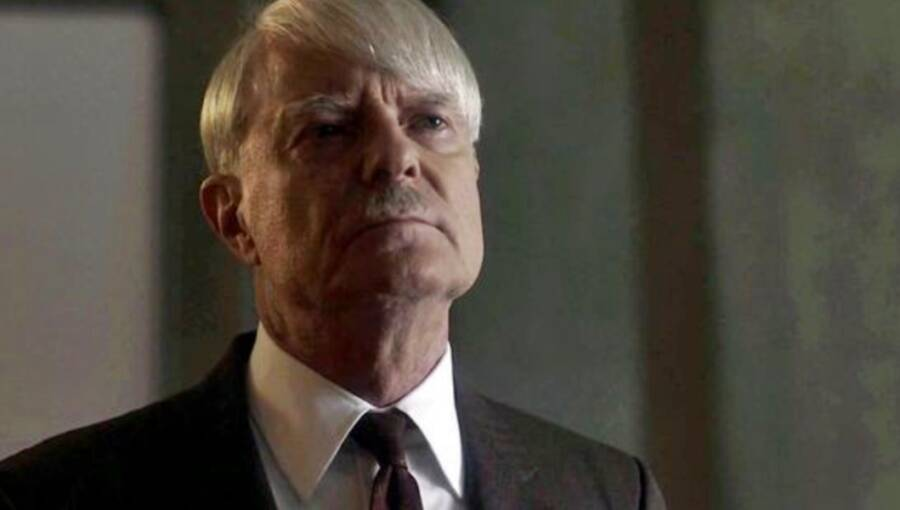 To me, this is still recognisably Hitler, just an older, greyer Hitler. The Man in the High Castle takes place in 1962, when Hitler would have been 73, so it makes sense to me that he wouldn't look exactly like he did during World War II - he would have aged considerably since then, and indeed, he appears to have done so.

Not the answer you're looking for? Browse other questions tagged character realism the-man-in-the-high-castle .

12
Explanations for The Man in the High Castle?
7
Identify this convertible car from Man in the High Castle
6
Why did Frank Castle save the kid during the robbery?
7
Why weren't J.A.R.V.I.S. & Jarvis played by the same actor in MCU?
5
Was the Iron Man video phone technology ever used in real life?
8
Why aren't the actual people involved in incidents asked to do reenactments?
9
Confused with the ending of The Man In High Castle
7
Man In the High Castle - Pivotal Historical Differences to the "Alternate" Universe?