In 1917, would a British Army Colonel truly have told a Lance Corporal to “fuck off”?

At 2:07 of this clip from the 2019 movie 1917, Colonel MacKenzie (of the Second Battalion of the Devonshire Regiment), whose "decorations indicate he's a veteran of the Boer War as well", tells Lance Corporal William Schofield

Have someone see to your wounds. Now fuck off, Lance Corporal. 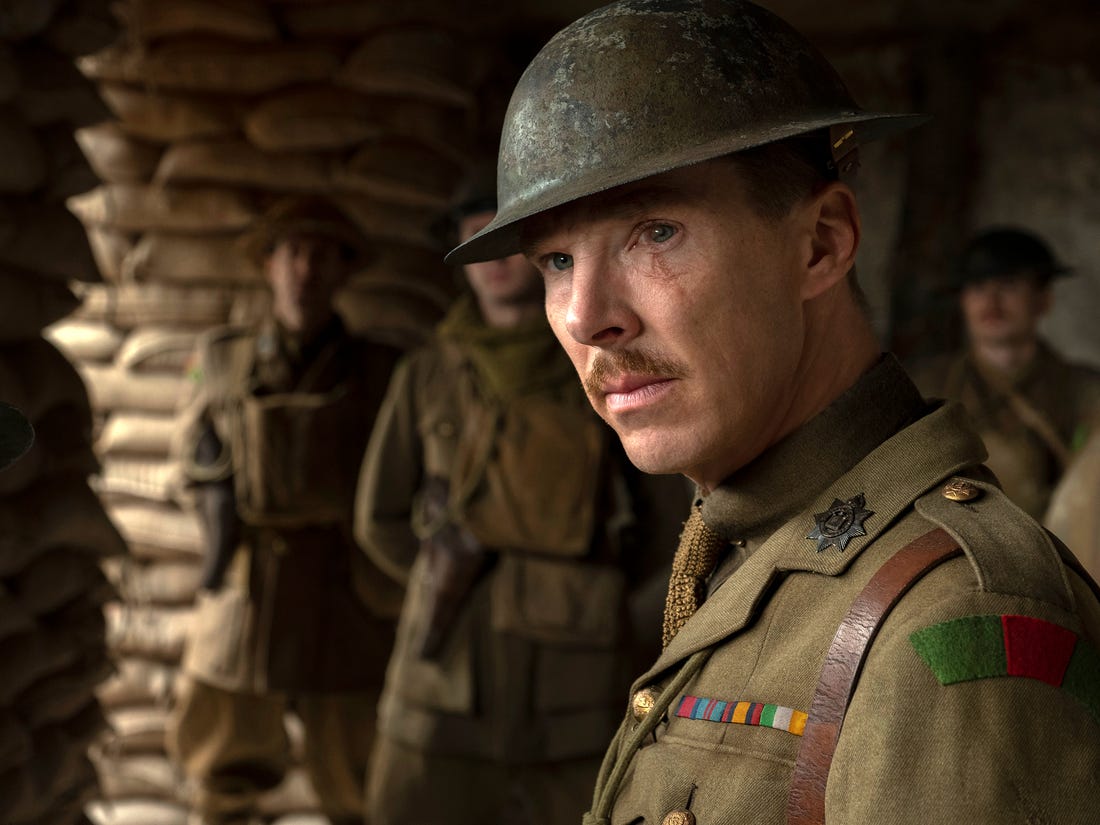 I know that a Colonel, a commissioned Field Officer, ranks much higher than a non-commissioned Lance Corporal. But English in 1917 was more formal, fustian, and England in 1917 was more classist and less meritocratic. So I don't reckon that a 1917 upper-middle class Colonel would cuss with "fuck off" that feels too boorish and unprofessional.

In a country defined by class, only 'gentlemen' from the upper- and middle-classes were expected to become new officers in 1914.

Dressing the part: The CEF officer in World War I – CCGW

Until the First World War, most officers came from the upper middle class and were already well connected within the army, usually receiving the recommendation of a family friend that would allow them to take a position as an officer. Almost to a man the upper class of Britain were the product of a public school education. They were an intellectual elite who would endure the highest attrition rate of any social strata during ‘The Great War’.

Their education imbued them with a sense of loyalty and obligation, the expectation that they should be prepared to keep a stiff upper lip in adversity, their sacrifice an acceptable consequence of ‘doing the right thing’

Leaving Eton, Harrow, Winchester, or Repton, young men of 17 could find themselves as subalterns in charge of men and with the likelihood of becoming a casualty within the first six weeks of their deployment.

Their education would have bred into them a sense of duty and devotion to King and country. As junior officers the expectation would be that they were to be the first “over the top” and because their education elevated them and accelerated their career progression they were ultimately the recipients of a hugely disproportion of casualties?

Yes, it's quite realistic

In fact, we know from records of the time that swearing was extremely common among the British armed forces in World War I, for example

It became so common that an effective way for the soldier to express this emotion was to omit this word. Thus if a sergeant said, 'Get your ----ing rifles!' it was understood as a matter of routine. But if he said 'Get your rifles!' there was an immediate implication of urgency and danger.

Cited from John Brophy, "Songs and Slang of the British Soldier: 1914-1918," pub. 1930, via this webpage. So the use of "fuck off" in a casual manner by a superior officer is entirely in keeping with common usage.

It is less clear is whether the specific term "fuck off" would have been used. The first written record is from 1929 (hattip: Matt's answer) according to Merriam-Webster however the first written use will inevitably have been substantially later than it's use in spoken language, especially as the use of "fuck" in print was considered obscene in both British and American law at the time. So it's not at all unreasonable to think that "fuck off" might have been a phrase used and understood in the trenches of World War I, and would not in my opinion constitute a clear anachronism.

Finally, I note that the film 1917 does not in any case actually use historically accurate English. Although it avoids anachronistic use of modern idiom, it uses neither historically accurate pronunciation nor idiom that would have been in common use in 1917 but poorly understood today and the use of the particular phrase should be viewed in that context.

So, in summary, the casual use of swearing is entirely in keeping with known behaviour of WWI soldiers, whether or not the particular phrase is historically correct.

As Matt's answer quite fairly notes, this predates the earliest known usage of the term "fuck off" specifically, so it'd be unlikely that an officer would use that exact language. However, it is certainly not the case that the language would be too "boorish and unprofessional" for an upper-class gentleman.

The vocabulary of British English speakers has an interesting relation to class hierarchy in that the vocabulary of the working classes and the upper classes have historically been more similar to each other than they are to the vocabulary of the middle classes. This is known as the difference between "U" and "non-U" English - essentially, while the aspiring middle classes tended to adopt euphemisms and "fancier" language to distinguish themselves from the working class, possibly aping the way they think the upper classes would behave, the actual upper classes use more down-to-earth language, including the more frequent use of swear words.

This is still observable in recent English usage. For instance, this analysis of the spoken part of the British National Corpus (compiled as of the 90s) finds that the upper middle class (AB) generally swears nearly as much as the working class (C2 and DE) does and further tends to select stronger language when swearing, whereas the lower middle class (C1) avoids using bad language:

Social classes might not exist in every society and culture, but according to the BNC, British society is divided into four different social classes based on work-status, income and so forth. According to McEnery the differences between the social classes regarding bad language use is significant as the frequency steadily declines with the higher classes (2006:42). Thus the results in this investigation would indicate a very low frequency among the speakers belonging to the AB class. However, this is not the case as the results present a very high frequency regarding the three of the five words examined (see tables 3.3:3, 3.4:3 and 3.5:3). In the case of the strongest swearword cunt, the AB class carried the highest frequency per million words spoken which indicates that ABs select the strongest words. This coordinates with McEnery’s research “ABs use slightly stronger words than C1s” (2006:43). In addition, bloody and bugger had a very low frequency among the ABs which would strengthen the claim of them using the stronger variants of swearwords (see tables 3.1:3 and 3.2:3). Furthermore, according to McEnery and Xiao “AB speakers say fuck more than C1 speakers” (2004:243) which compares with the results show in Table 3.4:3. This could be the results from C1s attempting to adapt features of AB speech, in other words, what they think is appropriate if they were to belong to the AB class (McEnery 2006:43). At least this would explain the low frequency in the use of swearwords among the C1s.

Essentially, the actual upper class doesn't shy away from using strong foul language like fuck or cunt, and neither does the working class; it's only the middle/lower-middle class that avoids swearing. The popular perception of the reserved upper class is basically a fiction created by the middle class to aspire to.

The first known use of "fuck off" dates back to 1929, according to Merriam-Webster. Of course this does not rule out that the term may have been used a bit earlier but it is unlikely that people used it 12 years earlier and nobody wrote it down for many years, or if such records existed, that they all vanished. By the way, the phrase "fuck up" is attested for 1863. Whether this inspired the inventing of the term "fuck off" or not is hard to say as there's a large time span in-between.

Not the answer you're looking for? Browse other questions tagged realism historical-accuracy 1917 .

2
Other Species' Lifespan Compared to Lions'
34
How far from reality is 'Black Hawk Down' when a Delta sergeant carries an unsecured weapon during a barbecue?
6
What is the significance of this song in 1917?
2
Why didn't the USS Nathan James use air defense with SM-2 and ESSM in the opening scene?
2
Why did Brigadier General Erinmore send two Lance Corporals, not junior commissioned officers?