Who are Ragnar's sons and wives, and how close is he to them?

How many children does Ragnar from Vikings have and to whom? Does he stay close to his son and wives? How does he get an adopted son?

I haven't seen Vikings past season 3, the data comes from the Wiki

According to the "Vikings Wiki", Ragnar Lothbrok, not counting possible bastards had 6 children with two wives:

Initially, he was married to shield-maiden Lagertha that had two children: 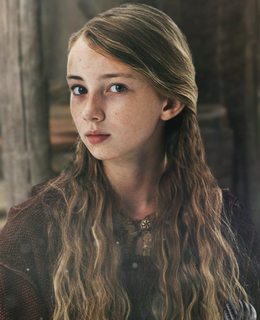 Born in 779, Ragnar's firstborn and the only daughter (and arguably the most loved child). 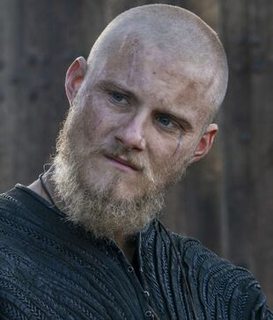 Born in 781. While indeed it is revealed that his father might be in fact Rolo (Ragnar's brother), Ragnar always has been treating him as his own and Bjorn has always called Rangar his father, whom he deeply loved and admired.

After Gyda's death and Lagertha's miscarriage, Ragnar is convinced that it was a sign from the goddess Freyja that he should look for another wife. Still, he remains quite fond of Lagertha and Bjorn. He eventually marries Götaland princess Aslaug, who promised to give him many sons: 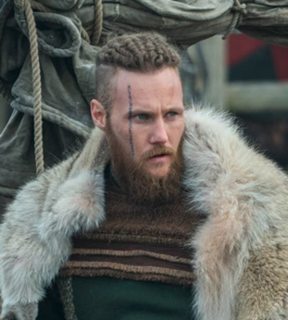 Born in 795. While technically born out of wedlock (Ragnar was still married to Lagertha), he has been legitimized and turned into Ragnar's heir. He is the most mellow of his surviving children and has the closest resemblance to the young Ragnar. 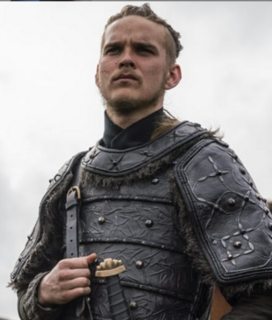 Born in 797. He resents his father for his long absence and promises to kill him given a first chance. However, when Ragnar challenges his sons to kill him, he refuses. 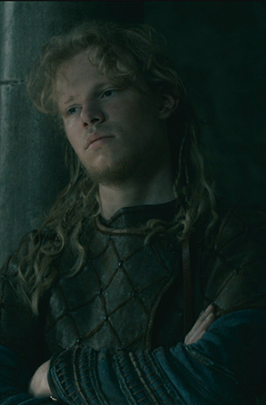 Born in 798. He is deeply resentful towards his mother and younger brother Ivar.

This culminates in an argument that leads to Ivar killing his brother. 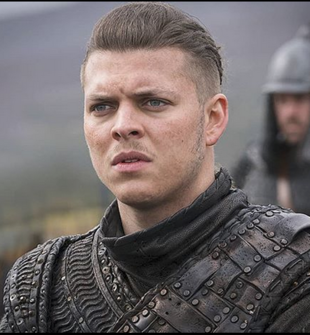 Born in 800 AD as the youngest son of Ragnar. He was born deformed with twisted legs and weak bones and that caused him to be resentful towards his brother. This, and overly protective treatment received from his mother has turned him into a bitter, cruel person.

I never watched Vikings. So I don't know how many wives, concubines, mistresses, slaves, and rape victims Ragnar has in the show, nor how many sons and daughters he has in the show.

But from what I have heard Vikings changes a lot of details from the legends of Ragnar Lodbrok or Lothbrok, and in turn the legends no doubt changed many details from the true story of Ragnar - if there was a real Ragnar with a true story at all. So you can guess that Ragnar's family in Vikings is a lot different from his legendary family which in turn might be a lot different from his real family - if Ragnar even had a real family.

The real Ragnar might have been a Danish leader who attacked Paris in AD 845. Sons of Ragnar were said to have led the great viking raid in the Mediterranean in 859-861. Legend claims that Ragner raided England and was killed by king Aella of Northunbria and Ragner's sons then attacked England and Tortured Aella to death.

Aella apparently deposed king Osberht about 862-866. The Great Heathen Army invaded Northumbria in 866 and captured York. Aella and Osberth abandoned their quarrel and joined forces to attack the vikings at York, but were defeated and killed in battle on 21 March 867.

But I hear that Vikings depicts Ragnar as the first viking to lead a viking raid on the British islands, the famous raid on Lindisfarne in 793. If Ragnar was at least 20 in 793 he would have been at least 90 in 863, and even his sons would probably have been way too old to invade England in 866, unless they were his younger sons born when Ragnar was very old.

According to legend, Ragnar did have a wife named Lagertha who was a shield maiden. Ragnar's first wife was said to be Thora Borgarhjort, daughter of a Jarl in Osgoterland in Sweden, and Ragnar had to win her by slaying a giant snake that guarded her. He got his nickname Lodbrok ("shagg breeches") from the protective clothing he wore slaying the serpent. Ragnar and Thora were the parents of Erik and Agnar.

Another wife of Ragnar was the beautiful and wise Kraka, who was later revealed to be Aslaug, the secret daughter of the great hero Sigurd Fafnirsbane. That's Sigurd or Siegfried who killed the dragon Fafnir. According to some versions of the story of Sigurd, his relatives and associates get into a fight at the court of Etzel, who is based on Attila the Hun (c.406-453). So Aslaug would be about 400 years old in the time of Ragnar! The sons of Ragnar and Kraka/Aslaug were Ivar the Boneless, Bjorn Ironside, Hvitserk, Ragnvald, and Sigurd Snake-in-the Eye.

There are a number of alleged lines of descent from alleged sons of Ragnar Lodbrok though medieval royalty and nobility, so that millions of people today can claim him as an alleged ancestor. And it can be hoped that those claims are correct, since some legends claim Ragnar's alleged father Sigurd Ring married Alfhild, daughter of King Alf of Alfheimer.

Alfheimr was a small kingdom roughly corresponding to the Swedish province of Bohusian and the eastern half of Ostfold in Norway. But it has the same name as the home of the Elves in Norse mythology. So some legends claimed that the royal family of Alfheimr were descended from Elves.

So we can hope that Ragnar was real and that some people can trace their descent through him to Elves.

16
Who are Linus' mom and dad really?
5
Is Bjorn not Ragnar's son?
7
Who did Marcy D'Arcy sleep with at the end of “The naked and the Dead, but mostly the naked”?
6
Why is Borg a 'Jarl', while everyone else is an 'Earl'?
20
What is the connection between Ragnar from Vikings and Ragnar from The Last Kingdom?
5
How was the prosperous Kattegat not taken over in Vikings?
3
Why does Ragnar not flash on Yidu during his review-of-life scene?
1
Who is telling sons of Ragnar about Ragnar's death?
2
Ragnar's injury after the Paris battle
4
How much did Owen and Beru know?