How did this character die?

In The Blind Swordsman: Zatoichi, we can see towards the end how the titular character deals with the local yakuza gang. When he manages to kill most of the soldiers, the leader and his henchman run away towards the beach, where the only person capable of killing Zatoichi awaits.

After the fight, we can see the gang leader killing his henchman (I guess to stop slowing him) and he runs away, while wounded Zatoichi "looks" in his direction.

In the next scene, we can see two fishermen... and the body of the yakuza boss: 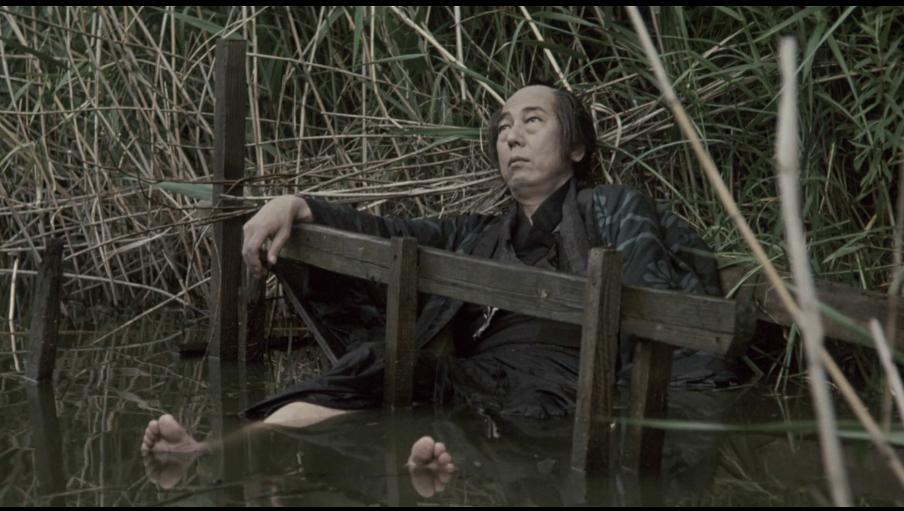 How did he die? Zatoichi might be a master swordsman, but he wouldn't be able to catch him. Was that just an accident?