Why is the connection between Hank and Marie and the colour purple?

In Breaking Bad, it is seen in a mass sense that Marie has the entire home decorated in as much purple as possible: 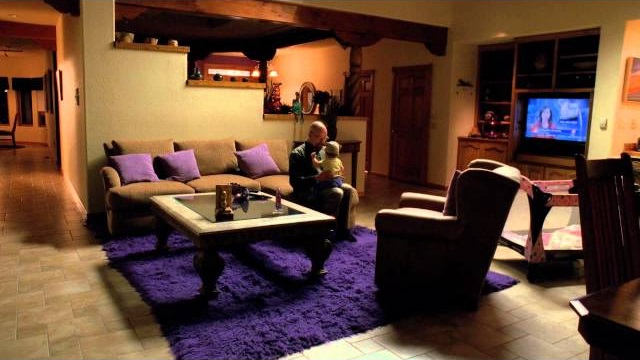 What is the significance with this colour in connection to her behaviour or even in relation to Hank's personality?

You are indeed right that Marie appears to have an obsession with purple, which is very clear in the earlier seasons (she's always wearing something purple) and as you've shown in your screencap her home is very much covered in purple furnishings.

The origins of this obsession are covered in an interview with Betsy Brandt (the actress who plays Marie) by AV Club:

In the beginning, my character… I didn’t have a lot of text, so I didn’t have a lot to go on, so I went with what I had. We were all assigned a color—mine was purple—and I said, “Well if her color is purple, then I think she just loves purple. She is really, really into purple.” She’s that kind of person. She doesn’t do anything half-assed. And Vince said, “Great!” And now everybody’s color has changed except for mine. I’m like, “How come everybody else’s color is changing, and mine’s not?” And [costume designer] Kathleen Detoro said, “Vince likes you in purple.” [Laughs.] So I’ve kept the purple, but then they’ve added in yellow, and this season I’ve had maybe one or two things that were black.

The following has already been brought up in a comment, though from a user who already vanished, and might just be a little addition to the other interesting answers, but it definitely deserves its own answer.

There is actually this excellent article about analysing the clothing colors of many of the major characters in Breaking Bad, which also presents a very neat color timeline for each character. 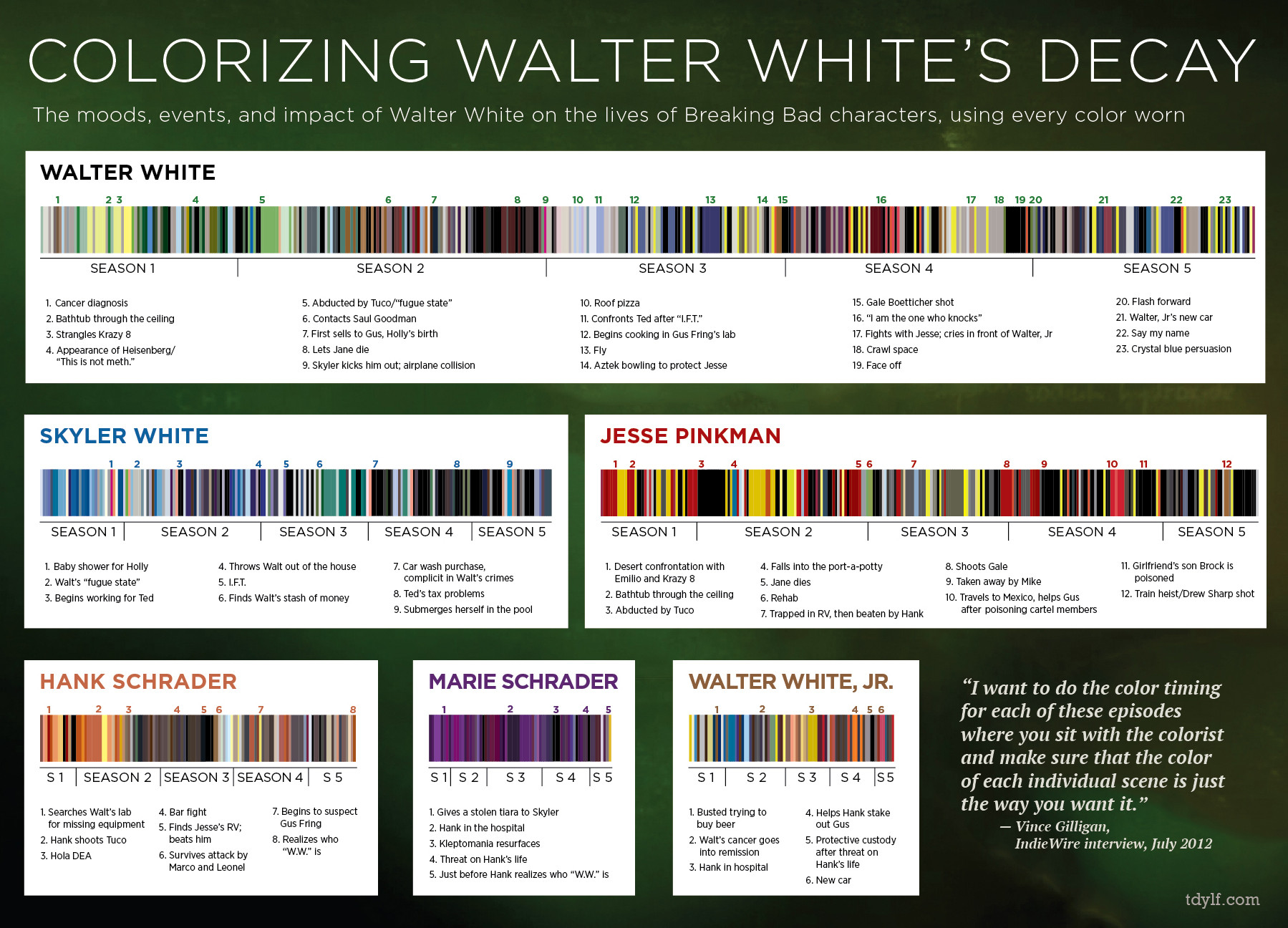 What makes Marie noteworthy isn’t that she wears all purple, all the time. Rather, it’s the very rare occasions when she’s not wearing purple that practically scream at the viewer. For instance, she wears black when her kleptomania flares up. She wears black again when she’s in protective custody of the DEA after the threat on Hank’s life at the end of Season 4. And then finally, she turns yellow just before Hank makes his massive discovery at the end of the first half of Season 5.

(The last fact is also relevant when seen in connection to this related answer about the remote controlled car, which also presents many thoughts about the usage of color in the show, especially about yellow being a signal of danger.)

I think that she wears purple as she feels more secure with her clothing and home surroundings being purple. When she gets depressed and upset in the final series she mainly wears the colour black.

In Thailand the color purple means widow and mourning. Season 5 makes all sense know the meaning of the color purple. I don't want to spoil the episode but I think you understand. I think it is a great touch of symbolism by the directors.

Haven't seen or heard this anywhere but I've always speculated the purple was a visual metaphor for blood and the meth. Blood (red) and meth (blue) are two main themes in the show, blue + red = purple but maybe I'm adding more brilliance then was intended

Not the answer you're looking for? Browse other questions tagged breaking-bad analysis .

21
What is the symbolism of the remote controlled toy car?
5
Why did Marie start wearing black?
8
Is there a hidden meaning behind 'Smoke On The Water' in Better Call Saul?

15
What do people think what Walt does now?
6
who was phoning in reports of Walt being back in town?
23
Why does Walt go by Heisenberg?
6
Why exactly did Walt visit Jack's gang?
14
What is the symbolism of the blue meth?
16
How is Walter able to threaten Hank?
10
Deeper meaning to Hank's affection with minerals
4
Why did Skyler mess up her desk at Beneke's in season 2?
5
Why did Marie start wearing black?