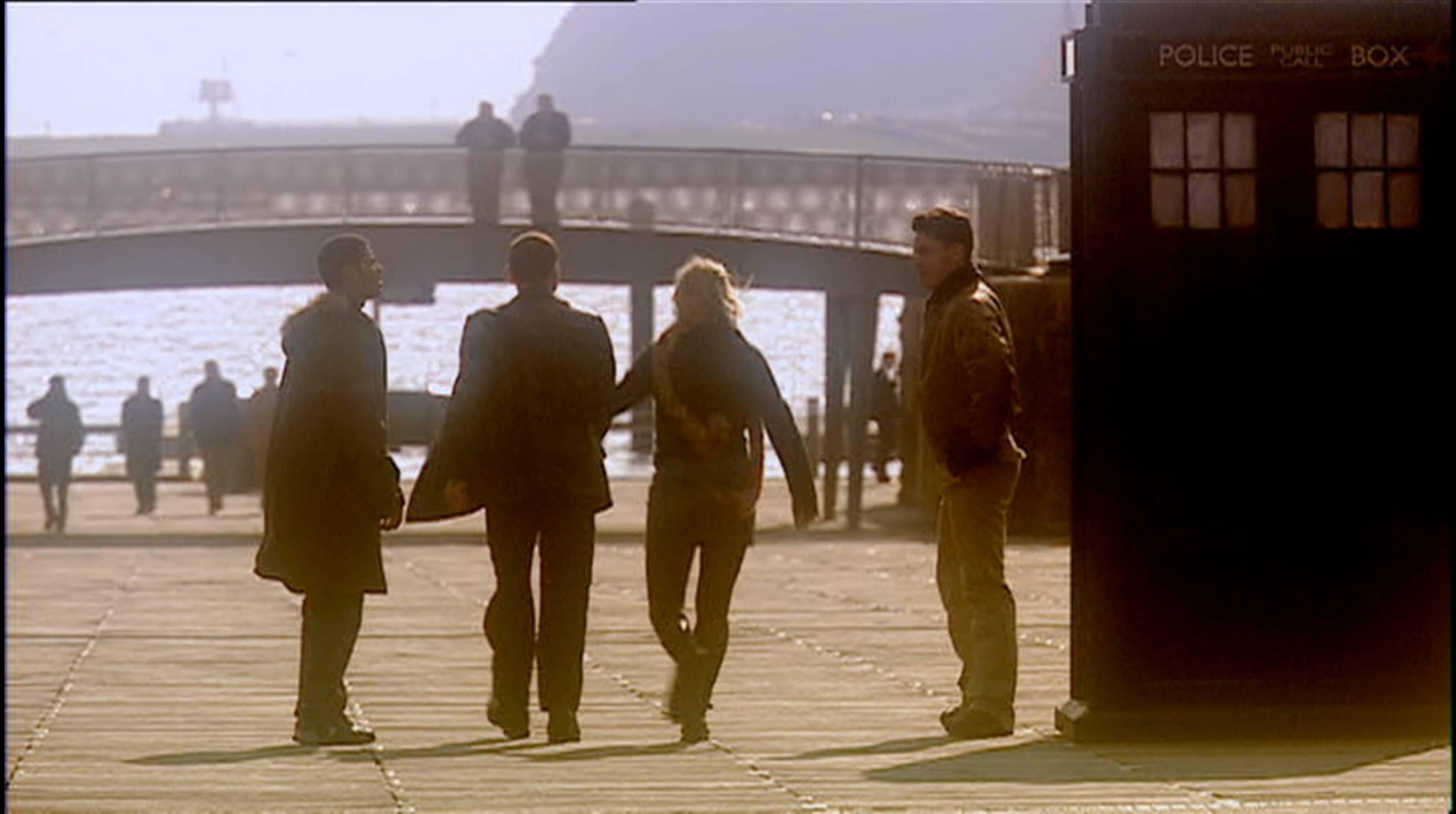 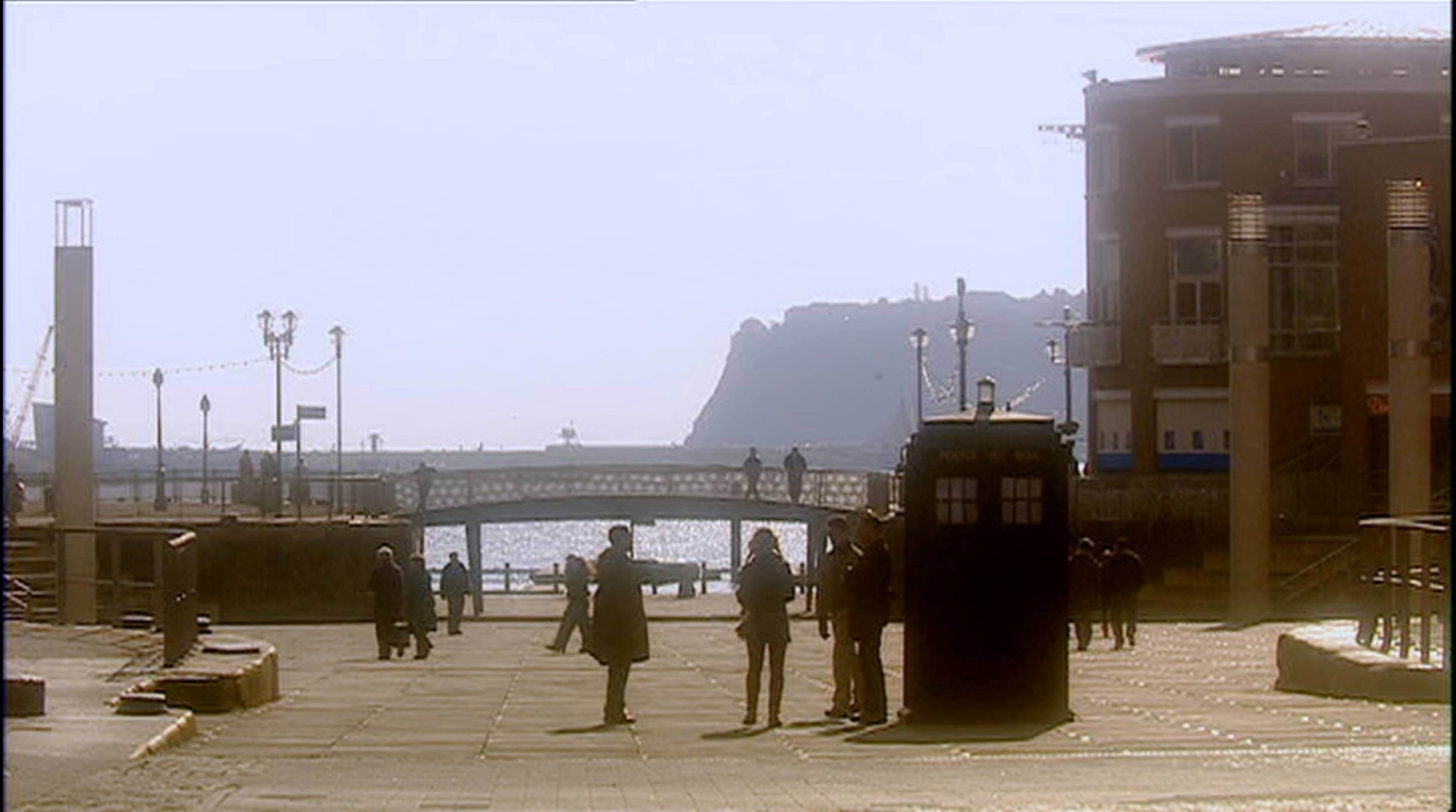 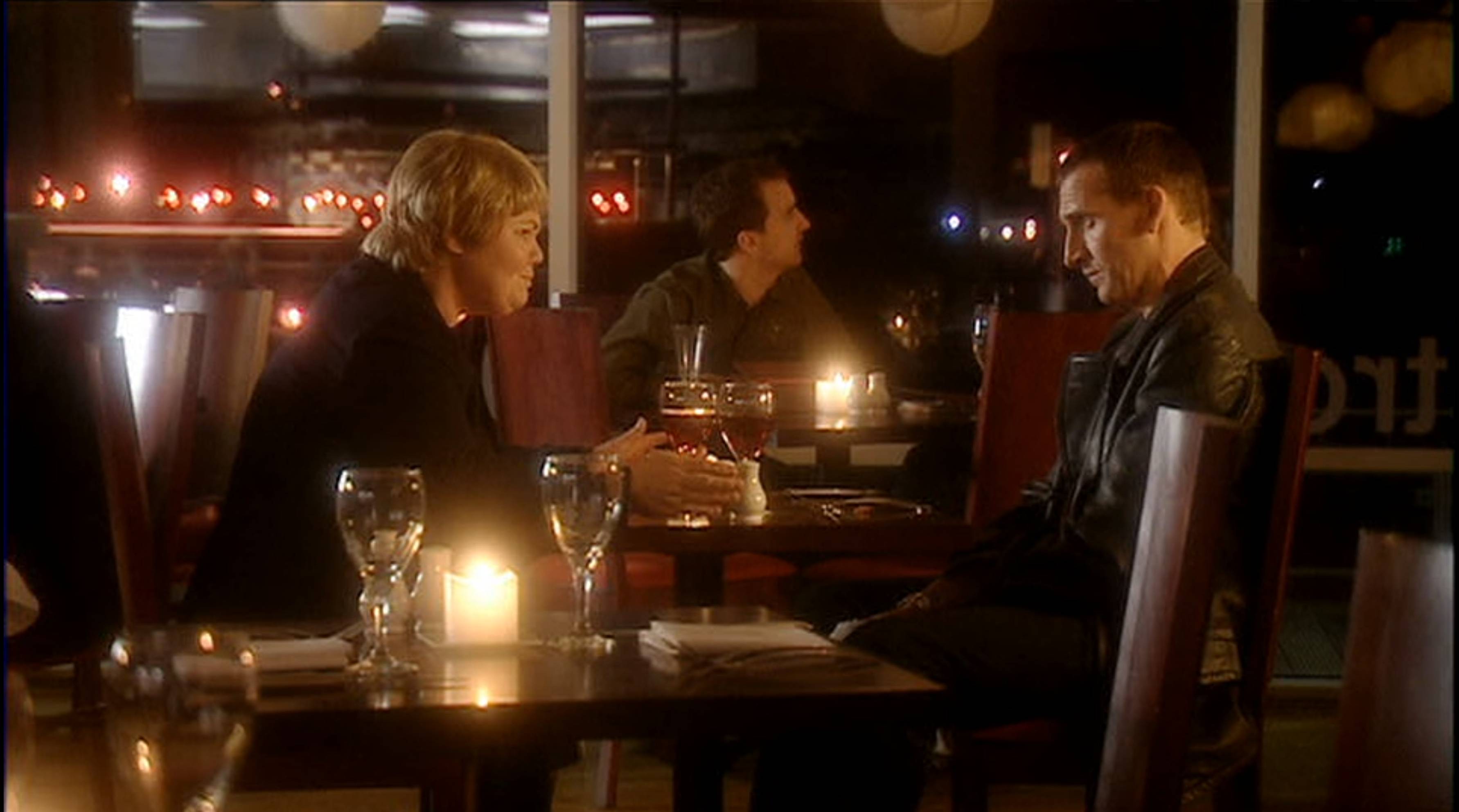 I'm not seeing a proper responses here, yet.

First, it was shot in standard definition so that's why you're thinking VHS. The raw footage is the same resolution as a VHS tape, or a DVD more specifically. And the "spilling" effect is the digital sharpening done either in-camera or sometime in post, most likely in-camera and would be contained in the raw footage. It is a similar effect to what you would do in Photoshop if you used the unsharp mask effect, where the process of sharping the image is done by creating a field of bright pixels on one side of a line and dark on the other, a method of creating contrast. In fact, even modern UHD cameras do this, which is why we often turn that down or complely off (makes it look great in the small monitor but actually reduces image quality). That sharpening was common for professional digital SD cameras. You'll see the same thing happening in 28 Days Later. On top of that, our TV's are probably trying to upscale the image, resulting in more sharpening artifacts.

As far as the "grease," I doubt anyone would put grease all over the lense if they could just use a diffusion filter. It's actually still a tool often used by cinematographers, just not always as extreme. It adds a little softness that nearly mimics the texture of film, mostly in how light hits film stock.

I'm just getting through the 2005 Dr Who series myself and can definitely see how it's aged. A lot of that has to do with the technology but also the aesthetic. To me it still feels very 90's, even the visual FX. Lots of primary colors, very brightly lit even in "dark" scenes, a completely synth score that's not even trying to hide how fake the orchestra sounds (there are many stings that sound like old radio serials, too), really peppy and corny characters and jokes... But at the same time it's a celebration of these things, and even more it's oddly self-aware, which makes all of that more fun. I say oddly because self-aware was not something I'd describe a thing that was very 90's. You know, innocent, brightly-colored, very optimistic, corny. And it has a lot of surprisingly serious moments.