What do these skeletons represent?

In the movie Annihilation, Lena walks past a formation of human skeletons, which look like totems of some sort, before entering the lighthouse. 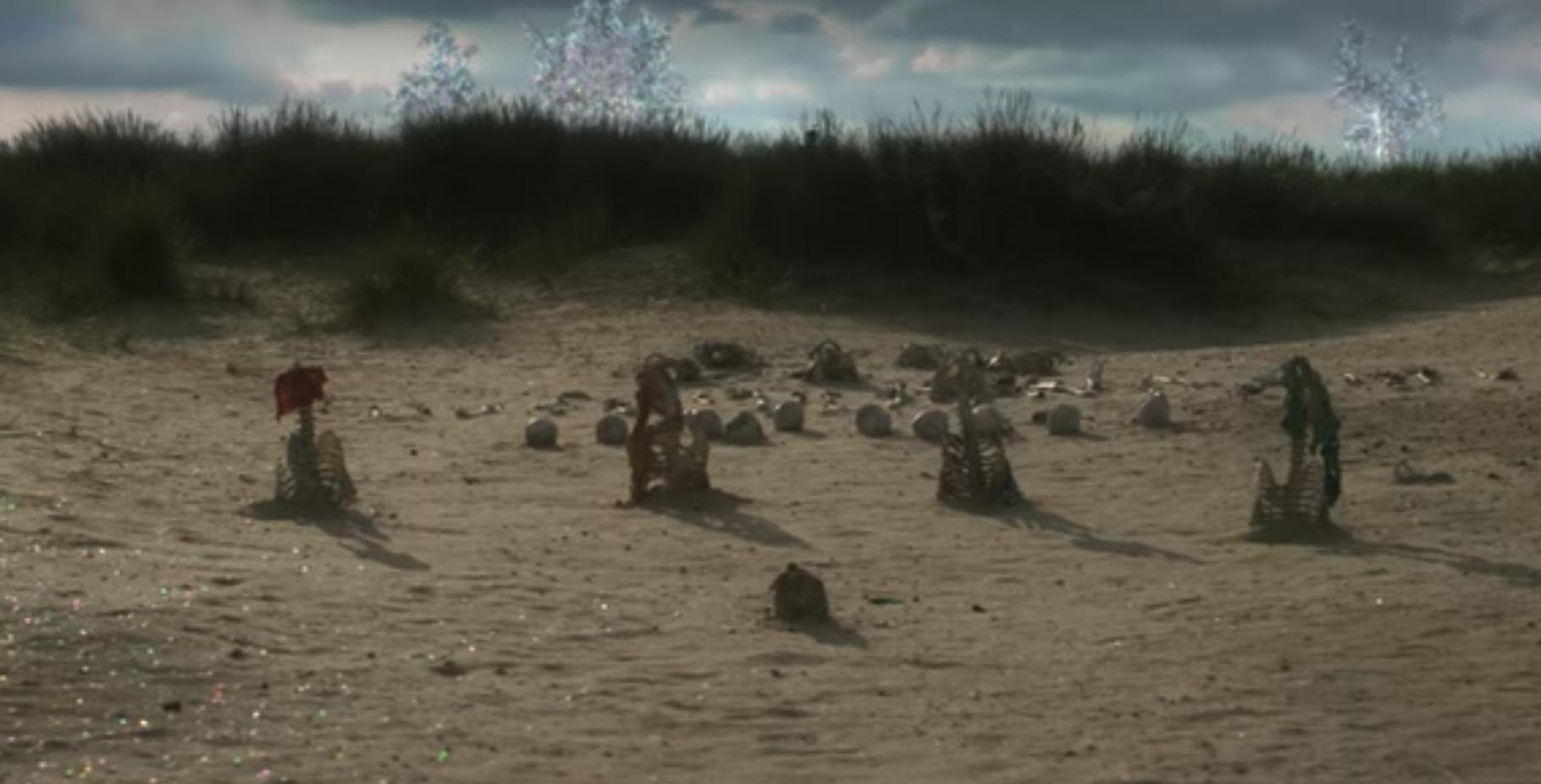 I am wondering who they were and why the skeletons were arranged in such a formation. Those skeletons are kind of out of place as this movie is all about DNA refraction, as we have seen throughout this movie:

I don't think there is any symbol, message or underlying meaning behind how they are arranged. I haven't read the book so I don't know if the book sheds more light or how differing the film is from the book. And I haven't seen the question posed to the director in any interviews.

At the very least in the script it appears that there isn't much describing how they are laid out. Script link (page 105 of the pdf)

LENA stands on the beach.

The LIGHTHOUSE is still a few hundred metres away. The area here is littered with bones and scraps of clothing.

The scene of a massacre, many years ago. Blown and blasted by the wind, sand, sun, and salt. The bones look like ivory. A bright red backpack has been bleached pink. The body beneath it has almost been completely submerged into the dune.

LENA reaches down and picks up the top half of a skull. The back of the skull morphs into the star-shape of a vertebrae, as it had been fused with its own backbone.

LENA drops it back on the sand.

Then continues towards the tall white lighthouse building.

Just based on that there doesn't appear to be anything specific about how its laid out in the script, "scene of a massacre", "area here is littered with bones".

I think a possible reason why they are laid out like that is perhaps Kane, having lost his mind, laid out his dead crew members bones out like that.

I think I'd need to rewatch the movie again to give a better answer on that but hopefully the script link helps somewhat.

Not the answer you're looking for? Browse other questions tagged annihilation .

20
What happened at the end of Annihilation?
6
What was the purpose behind showing nearly identical camera shots of the two houses in Annihilation?