Which art works are referenced in the Hey Duggee 'Art Badge' episode?

There is an episode of Hey Duggee, a British children's animation, called 'The Art Badge.' The main episodic theme of this piece is the world famous Frieze Art Fair, and different world famous art works and artists are overtly visually referenced throughout the minifilm, which is essential to understanding and appreciating it properly. I would like to use this film in an EFL lesson about both art and British culture.

I have been able to identify My bed by Tracey Emin, and The Birth of Venus by Botticelli, and references to Frida Kahlo, Pablo Picasso, Gustav Klimt, and Andy Warhol. What other artworks and artists are being alluded to in this episode?

The episode is available here:

[I am particularly interested in what is being referenced by the pencil drawn acorn at 4.53].

Yes, this is a childrens' television programme, but as other childrens television and film occasionally do have, it has quite a lot of cultural significance.

Here is a scene from the day of the show. Most of the works referenced appear here. Some of the artworks are quite small. For example, there is a famous lobster-shaped telephone (by???) next to the tiger at the very bottom.

Here are a couple of references missing from that scene (Warhol, Klimt, Picasso, Emin): 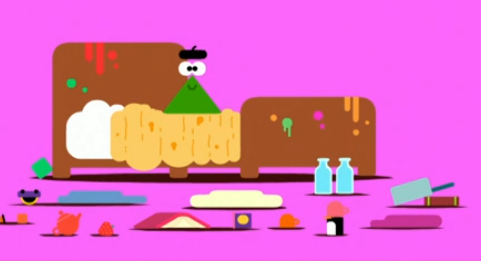 The referenced artworks are the following: 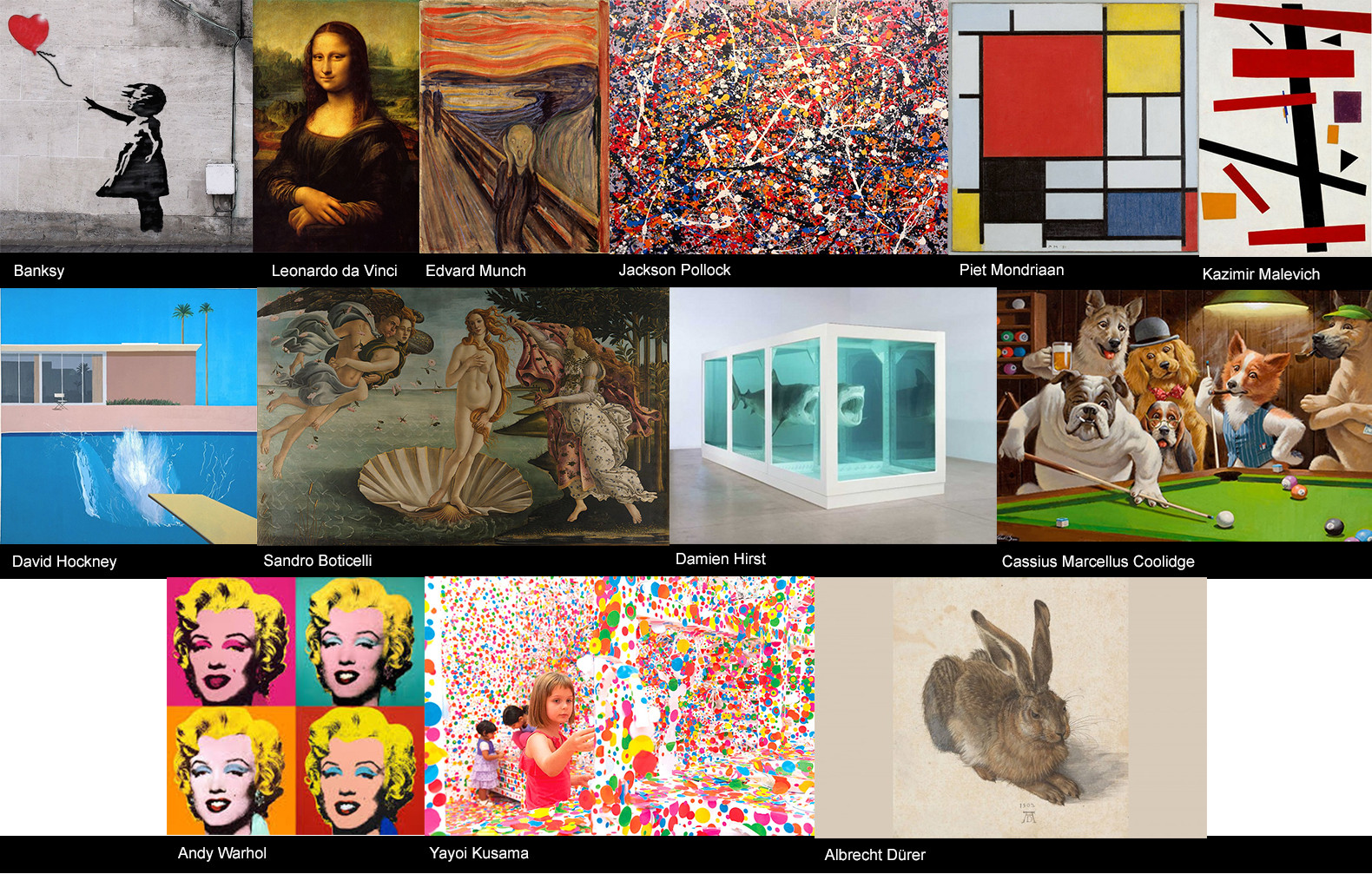 After finding the episode online (and correcting some initial guesses), I only found the following reference to be missing in the overview picture: 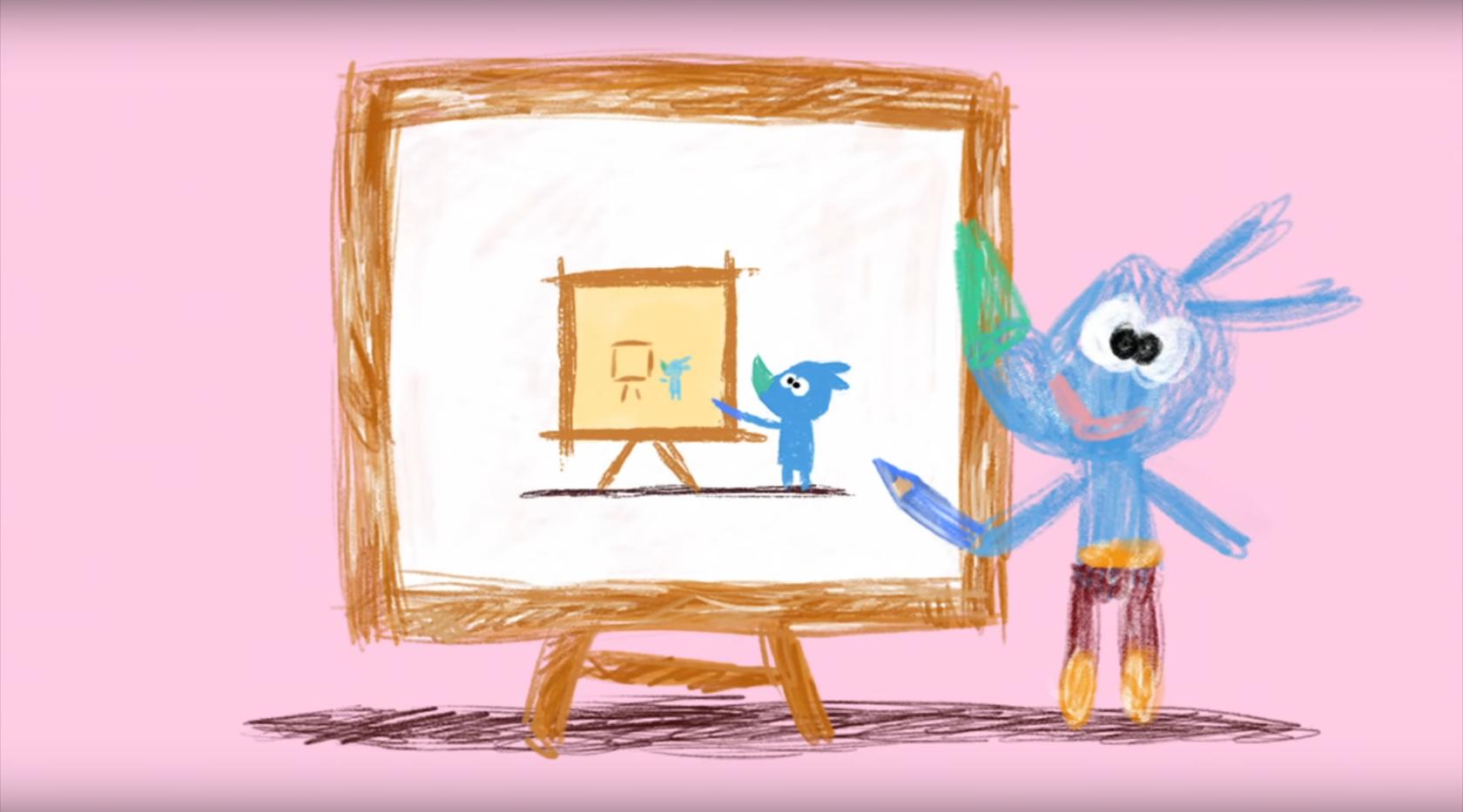 This Droste effect, or mise en abyme, may simply suggest the conceptual and self-referencing nature of (post) modern art, but is likely inspired by Paul Magritte's wonderful 'Not to be Reproduced'.
There is a similar small painting in the overview, center bottom, featuring what seems to be an egg, which could also be based on a Magritte, namely La Clairvoyance, or even Elective Affinities.

I think also there is a reference to 'jeff koons' - 'balloon dog' bear made it.

Not the answer you're looking for? Browse other questions tagged reference hey-duggee .

8
What film or TV show is being referenced in Psych episode Santabarbaratown?
5
Why is Brian Doyle Murray a coward?
6
Who are the characters from which the five detectives are based in movie Murder by Death?
39
Which movie series are referenced in XKCD comic 1568?
8
Are Agents of Shield Storylines/character ever referenced in MCU films?
8
Is "What We Do in the Shadows" referenced in "Thor: Ragnarok"?
5
What are all the references in the "Hey Ferb" song?
0
Identifying inspiration among Black Mirror episode and Sword Art Online
2
Which war was referenced by Aravind when he said nine countries attacked one country?