What's the meaning of the performance of I Will Survive at the end of Man On The Moon?

Man On The Moon is the story of the career of Andy Kaufman.

One of the personas that Andy sometimes adopted was Tony Clifton, an obnoxious and terrible lounge singer. Tony is an alter-ego for Andy. In early scenes, when Andy is not famous, audiences believe that Tony is what he appears to be; but later, when Andy is a celebrity, audiences understand that Tony is a character played by Andy. 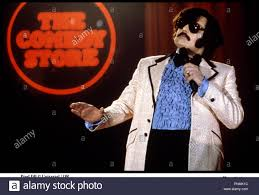 In one scene, Tony is on stage before an audience, and audience are enjoying the performance as a satire of some sort, thinking that the "Tony" that they are seeing is really Andy in disguise. But then Andy joins Tony on stage. The audience IN the film, as well as the actual audience OF the film, are confused how this could occur. A few moments later the film discloses that when both Andy and Tony are on stage together, Tony is played by Bob Zmuda, a friend of Andy's.

As you might expect, Andy's funeral occurs fairly late in his career. We see the funeral in the film, and in the next scene we see crowds standing outside a theater, and the message "One Year Later" is superimposed. The crowds cheer as someone arrives in a limo and emerges, clad in tux and with a bag over his head, and enters the theater. Then we see (obviously) this same person perform the song "I Will Survive" on stage -- and it's Tony Clifton. Again the audience in the film is reacting happily as Tony does his performance. Since we just watched Andy's funeral we suppose that Tony is again being portrayed by Bob Zmuda. But then the camera moves around the room and we see Bob Zmuda in the audience.

What is this scene about? Are we supposed to understand that after all this is the real Tony Clifton, not played by Andy or Bob or anyone else? Did this event occur? Were this scene in the film, and the event it depicts, both supposed to feed rumors that Andy was still alive, as the choice of the song "I Will Survive" obviously suggests?

My hunch is that this scene does not correspond to any real event but was intended as the sort of scene that Andy would have wanted in the film, another attempt to bewilder the audience and destroy any understanding what is real and what is imaginary.

Kaufman often spoke of faking his own death as a grand hoax, with rumours persisting, often fueled by sporadic appearances of Kaufman's character Tony Clifton at comedy clubs after his death...

"Clifton" performed a year after Kaufman's death at The Comedy Store benefit in Kaufman's honour...

So the performance did occur, but the reveal of Zmuda in the audience is likely just a fanciful nod to the idea that Andy faked his death.

Not the answer you're looking for? Browse other questions tagged plot-explanation realism man-on-the-moon .

39
Why did Michael Richards refuse to portray himself?
25
Why did the pipe explode in The Shawshank Redemption?
6
Does the music festival really exist?
10
How did Ackerman know Angier's trick was "real magic"?
31
Why is the biography of comedian Andy Kaufman titled "Man on the Moon"?
2
Were Angier and Borden aware of the other's presence during their magic tricks?
6
Why does Claire Underwood regret crying at the funeral?
5
Was the Iron Man video phone technology ever used in real life?
18
Did Queen's performance really cause Live Aid to clear $1,000,000 in donations?
2
How does humanity survive after half of the population returns?