What is the precise difference between a tracking shot and a traveling shot? I’ve seen that some people consider them synonym, like here: https://sites.google.com/a/colgate.edu/fmst-terminology/traveling-shot But in some books, it isn’t implied that this is true.

I would add one more term to the initial confusion: I would say that in the eyes of the audience, three terms are interchangeable, tracking, travelling & following. All simply imply that the camera stays with the subject as the subject moves. I would claim that, of these three, only 'travelling' implies that the camera physically moves along with the subject, the other two could do, but don't necessarily have to in order to qualify.

BTW, I disagree with wikipedia on this - Tracking shot. I think they have confused 'track' with 'tracking' which is pretty much where this question starts.
To quote:

A tracking shot is any shot where the camera follows backward, forward or moves alongside the subject being recorded. In cinematography, the term refers to a shot in which the camera is mounted on a camera dolly that is then placed on rails – like a railroad track.

They've lumped the two in together, without differentiation. A track shot is a tracking shot but a tracking shot is not absolutely a track shot. They've confused the end result with the mechanism used to achieve it.
For simple, if bizarre, comparison - all doctors are human, but not all humans are doctors.

I think we can safely say - a travelling shot is any shot where the camera physically moves to follow the action, rather than simply pivots about a fixed axis. The method by which this can be achieved is varied.
Here are some methods...

A track shot is one done by literally laying track like railway lines to run the camera dolly along. This becomes confusing because to track [as a verb] the action is to follow it; so tracking & travelling are by one definition identical, but by another, different.

A dolly shot is one where the track is replaced by a crane giving a much more 3-dimensional possibility to the move. A crane can be of any size, a regular camera dolly can be considered a very small crane, because it can be set up to allow movement in all 3 dimensions. Depending on design, a dolly can run on track or on a smooth surface.
A car or camera truck could also be considered a dolly, just one capable of being able to cover greater distances over rougher ground, much more quickly.
In a smaller environment such as a studio, the dolly can switch roles each shot, from track, to crane, to merely pan. It's just a flexible tool for holding the camera up, at its most basic definition.

A crane shot is a 'bigger' dolly shot.
These days, for even larger range of movement, drones can replace cranes. The end result can look similar to the audience, yet the physical shooting method is vastly different.

A steadicam shot is one where the camera is carried by the operator; walking, seated, or even sitting in the back of a truck, with the camera on a balanced arm to prevent excessive vibration. Many larger mechanisms these days, cars, cranes, etc employ sophisticated balancing mechanisms to emulate this, but "Steadicam" [which is one of those trademark names which has taken over the entire 'definition' of the action] is almost always considered to be a walking operator wearing a specially-designed harness with a spring-balanced camera-mount to keep the camera steady as the operator moves.

Crane mount vs Steadicam; they're both capable of carrying the same large camera rig, not just a DSLR 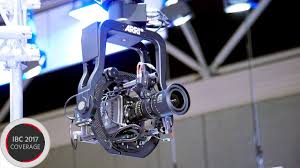 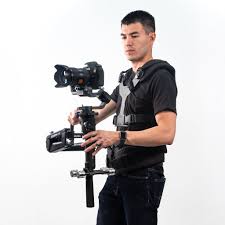 A hand-held shot is one where the camera is simply carried on the operator's shoulder, or even free-hand. This, compared to a steadicam shot, will give a jerkier, more documentary-style look to the action. It's sometimes used to give a quick overall impression of a large space, the operator being much more free to swing the camera in any direction.

All of these are [or can be] travelling shots of one sort or another.

The entire movie 1917 is cut in such a way that it appears to be one single continuous follow-shot from start to end.
It was achieved by using all the above methods [and possibly others I've forgotten to include here - leave comments if you can think of one].

Late edit
Whist researching another question, I came across this 'Making of Birdman' short on YouTube, which has a lot of footage of a steadicam in use - Birdman (2014) Making of & Behind the Scenes (Part1/2) [and a crane head at approx 3:30 with some more crane work at the beginning of Part 2 it's not the most fascinating footage I've ever seen, but it does have those few examples if you've never seen one in action before]

6
How was the tracking shot in Frenzy done?
12
How was pre-title opening in Spectre shot?
2
What's the first movie to have the “Michael Bay Spin” in it?
8
Where does the “TV-Look” vs “Cinematic-Look” come from?
9
What is the term for this kind of final scene?
8
Why does the action look choppy in Captain America: Civil War?
17
Why do soap operas have the soap opera effect?
6
In World War Z what is the name of this camera technique that switches between the protagonist and what they see?
2
Why would they use a backdrop in this outdoor scene?