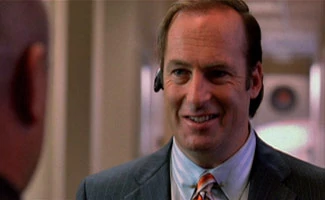 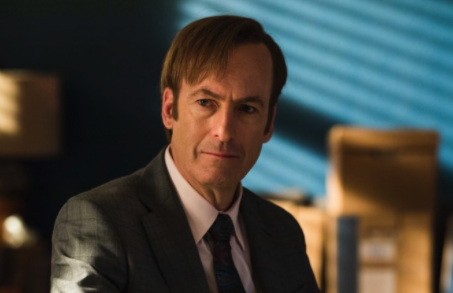 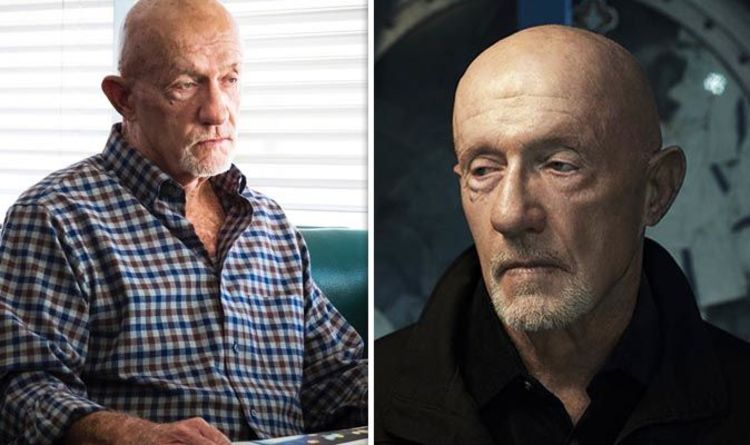 We see Gene Takovic being trapped by doors closing on him in the trash compartment. (How's that for a metaphor?) And after he waited on the floor, we see him leaving, but also a scratching on the wall:

That moment, between when he sat on the floor, is what we see in Better Call Saul. He is reminiscing on what led him where he is now and the man he was. That's why he has the Saul age through series (with that haircut) and people he meet for the first time are the age he last remembers them.

Proof of theory: When we see Jimmy McGill showing his brother Chuck he passed bar exam, they are not younger. Chuck has the same gray hair and same haircut as when Jimmy sees him for the last time. Also Jimmy looks exactly the same (with haircut) apart from clothes for a much younger, more frivolous person. Clothes that are in, for me, a clear contrast with ambulance-chaser haircut.

Semiproof of theory: If this is in Saul's memory, how does he know about things that happened without his presence? Because he was told about them by participants. That's why people complain that BCS Mike is a much better/smarter person who shouldn't be shot in BB. But this is how Mike described himself to Saul. In BCS Mike is this almost superhuman comic book detective. It's because it's his stories and in such everyone like to paint themselves better, smarter, with all the coolness and strategy all laid out before acting on them.

Another semiproof: There is a scene when Jimmy is sitting outside Chuck house who scolds him. This is the same position he sits in that trash room. But during that scolding Jimmy is becoming Saul. And until one point it was Saul who was playing Gene. But when he stands up back again, he might stand up as Gene. "SG WAS here".

29
Does the first scene in Better Call Saul take place after Breaking Bad
15
Does Better Call Saul contain Breaking Bad spoilers?
14
Does Saul Goodman know Hank Schrader is a DEA agent when he comes to meet Badger at APD interrogation room?
8
How old is Mike's granddaughter?
44
Why does Mike call Jimmy "Saul"?
9
Do I need to have watched Better Call Saul before El Camino?
1
Why does Kim Wexler love Jimmy so much?
4
Is Tuco in over his head within the cartel?