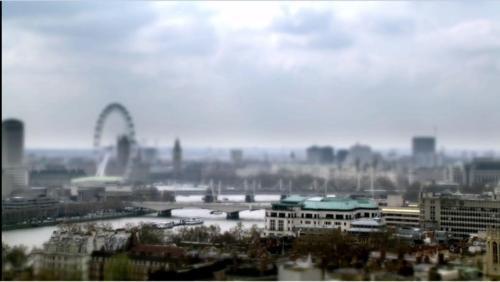 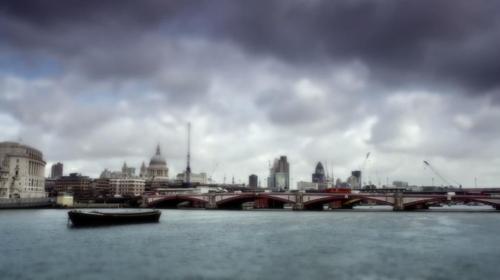 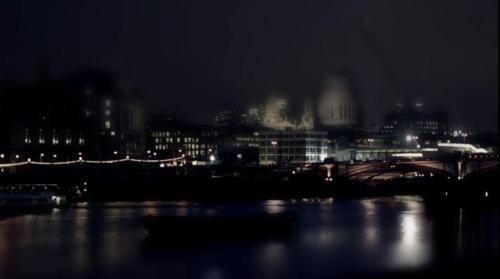 Tilt-shift photography is a creative and unique type of photography in which the camera is manipulated so that a life-sized location or subject looks like a miniature-scale model. Essentially, itâ€™s taking a photograph of a real-world scene and making it look like a miniature scene, such as youâ€™d find in a model railroaderâ€™s setup. This, as shown above, was used in the opening credits of Sherlock, along with other shots of London. Tilt shift photography can be done with the help of a lens which is capable of tilting and shifting or, more usually, it can easily be processed in Photoshop almost under a minute by people who are experienced with this process.

Tilt shift lenses allow the lens to be tilted at an angle tho the focal plane â€“ normal lenses are parallel to the focal plane. This creates the unusual effect of an apparent shallow depth of field where there wouldnâ€™t normally be one. In practical terms â€“ tilt shift images look like miniatures or models. This happens because we are conditioned by our familiarity with miniature macro photography and its inherent shallow depth of field.

16
Why does Magnussen list "Hounds of the Baskerville" as a pressure point on Sherlock?
9
In "The Six Thatchers", why does Watson blame Sherlock rather than himself?
15
Why are Sherlock and Mycroft written as snarky atheists?
7
What is Eurus's motive in the final problem
3
Why didn't Mycroft speak the truth in "The Final Problem"?
8
Why does Mycroft give a blank look to Sherlock, when asked about the response time?
6
Why doesn't Sherlock understand the joke?
9
Why does Anderson laugh hysterically after Sherlock leaves?
5
Why couldn't Sherlock figure out that there was no glass between him and Eurus?