Explain Bonpensiero's appearance in this scene?

So I was watching The Sopranos S03E02. As you all know, "Big Pussy" Bonpensiero was killed somewhere in the end of season 2, but in season 3, I saw a really strange thing... 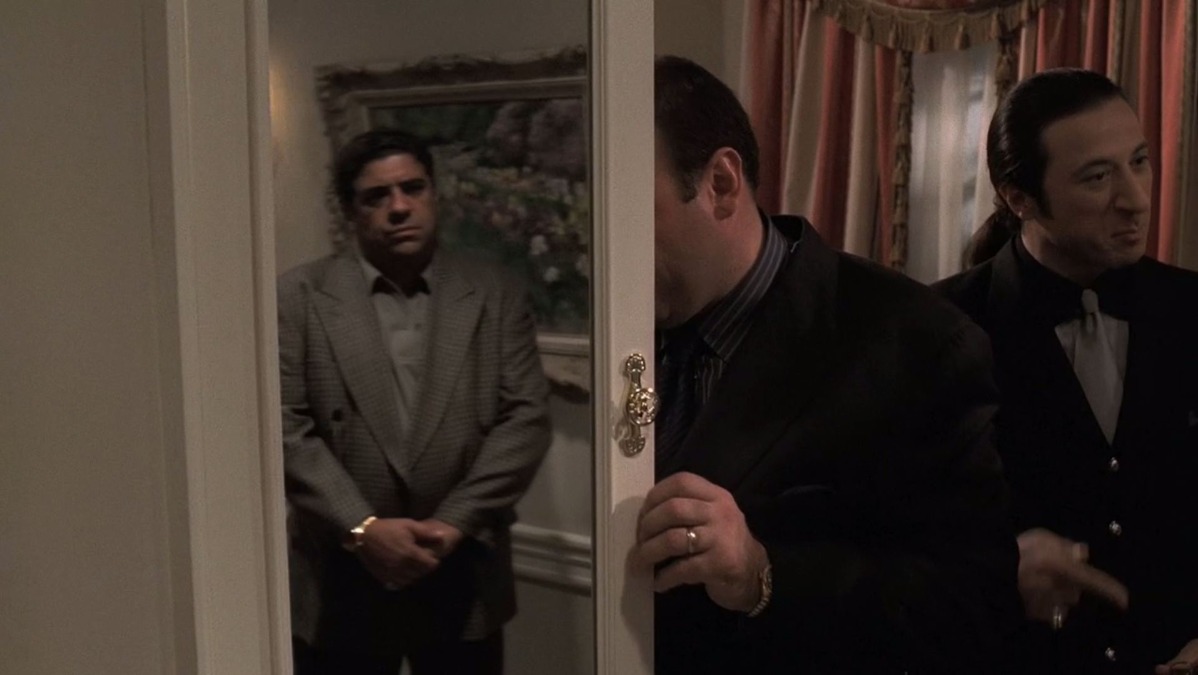 After Tony's mom's funeral, Tony, Christopher and Furio were talking at Tony's house and then we see Big Pussy in the mirror. He's dead and now I can see him in the mirror. Could anyone explain me what this means?

Big Pussy was killed by Tony, Pauli and Silvio for being an FBI informer - however he had been a very close friend to all of them, and it is hinted in the series that they are all bothered by their involvement in their killing of a friend.

Pussy's appearance in the mirror is after Tony's mother's funeral, when clearly he would be thinking about the past and about death. Throughout The Sopranos the importance of dreams and daydreams is explored - indeed Tony's final acceptance that Pussy might be an informer comes after a dream that he has where he has a conversation with Pussy as a fish.

It is my interpretation of this appearance of Pussy, is that he is thinking / daydreaming about his old friend.

Not the answer you're looking for? Browse other questions tagged the-sopranos .