Is The Big Bang Theory shot in front of an audience?

In The Big Bang Theory, do they shoot the show in front of a live studio audience?

For the most part, yes it seems, for proof, here is one of Chuck Lorre's vanity cards I remember seeing sometime back. 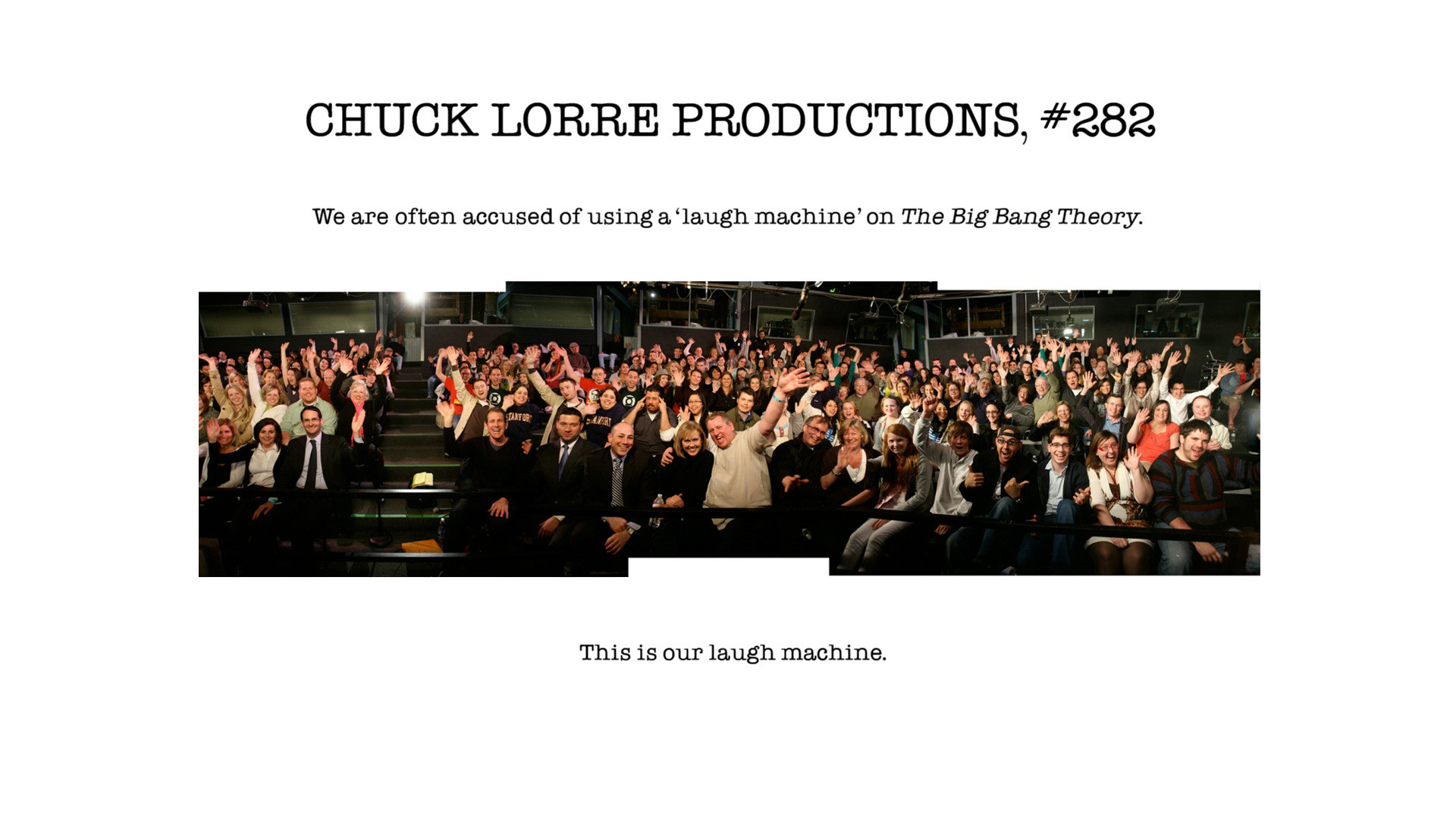 Yes. While investigating anything regarding "anything", you should have some look at the reviews or plot in Wikipedia. I think a single quote is very much enough...

The show is filmed in front of a live audience

Here's the reference (23rd one) for your tickets: http://the-big-bang-theory.com/tickets

To add to the points already made here:

Yes the show is shot infront of a live audience, but while the producers are comfortable using Sweetening, the answer to this is actually another question 'Does it really matter'?

Laugh tracks are added over the top of the 'received reaction' of the audience, to make it seem as though the jokes were received more warmly than they actually were, and thus 'funnier'. For a show with such a broad fan-base, the notion that an audience that has come specifically to see the show "Isn't laughing enough", this is pretty worrying.

Of course 'sweetening' can sometimes be used to "recapture" the spontaneity of an audience's first reaction, particularily when multiple takes are needed. By doing this, an edit can marry both the best take with the best reaction; this isn't particularily frowned upon, its perceived more to do with the economy of production than manipulation.

BBT is widely believed to use sweetening in pursuit of the latter of the two distinctions made above, and is the focus of its own meme and widely parodied.

Penny: What are you doing? (nervous giggles are heard from all around the room)

Sheldon: Playing on a poorly coded Nintendo 64 emulator (6 people die instantly. A shockwave with the force of 10 Hiroshima bombings erupts from the studio, causing billions of dollars worth of damage. The surviving audience members begin urinating and vomiting on each other, all while laughing uncontrollably from the funniest joke ever told)

Whilst it is impossible to ascertain how much of the show is 'sweetened' without insider knowledge, attention has been drawn to how 'unfunny' the show actually is by removing the laugh-track, and trying to identify punchlines without it. The relative response to such an exercise seeks to demonstrate how reliant the show is on 'Sweetening'.

BBT is often held up as the low-watermark in TV comedy (actually, a lot of Chuck Lorre's stuff seems to find itself being seen as such), because of the perception that it commodifies a certain culture and reduces it to lazy stereotypes. The Live-audience/sweetening aspect is just one part of this debate; which has led Cracked.com writer Aaron Short to summarize the show as being:

eight seasons and the only punchline is "Look! Nerds!"

I have read an Interview with Chuck Lorre, and for the record he tries to minimize 'canned laughter."