Why did Sung-shik shoot 8 times?

Near the end of Joint Security Area, Sung-shik first shoots the 3rd North Korean soldier (Choi) because he is reaching for his radio.

Sung-shik then shoots Woo-jin (it is later revealed that the other South Korean soldier shot Woo-jin). Sung-shik proceeds to shoot Woo-jin​ 8 more times and has a slight smirk/smile on his face. He even briefly aims the gun at his fellow South Korean comrade.

Here's the scene. He shoots the North Korean because the North Korean fired a shot which hit the South Korean on his leg. So the multiple shots seem to be in revenge for betrayal, but it also may be because of a sense of power he felt in wielding a gun and being able to shoot without consequence (see Killology). The smirk on his face is just because he aimed the gun at his own colleague just for the fun of it, and saw the look of fear on his face. The South Koreans do seem to have an initial surprise when they see the North Korean pointing his gun at them, because they considered him their friend, and didn't expect him to turn against them. So there seems to be a feeling of betrayal. 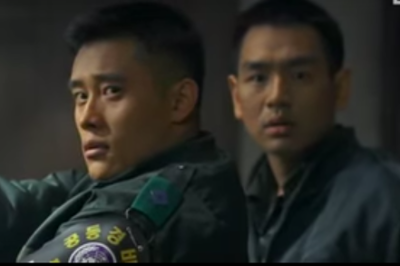 7
Why did the truck driver shoot Selene?
4
Why did Mike shoot through Chow's right hand?
12
Did Yona (Go Ah-sung) have supernatural/special powers in Snowpiercer?
10
Why did Chigurh unnecessarily shoot the bird?
31
How did Bronn shoot?
1
Why did Winston shoot?