What is this golden belt that is given to Chewbacca?

At the end of Star Wars: The Rise of Skywalker, Chewie is given a golden belt of some kind.

Is this a piece of gear from a character? Leia's? Han's? What is this item, and why does it mean something to Chewie?

It is Medal of Yavin.

At the end of A New Hope, Han and Luke got medals for their role in the Battle of Yavin, but Chewbacca didn't.

This medal belongs to Han, which Leia was holding. 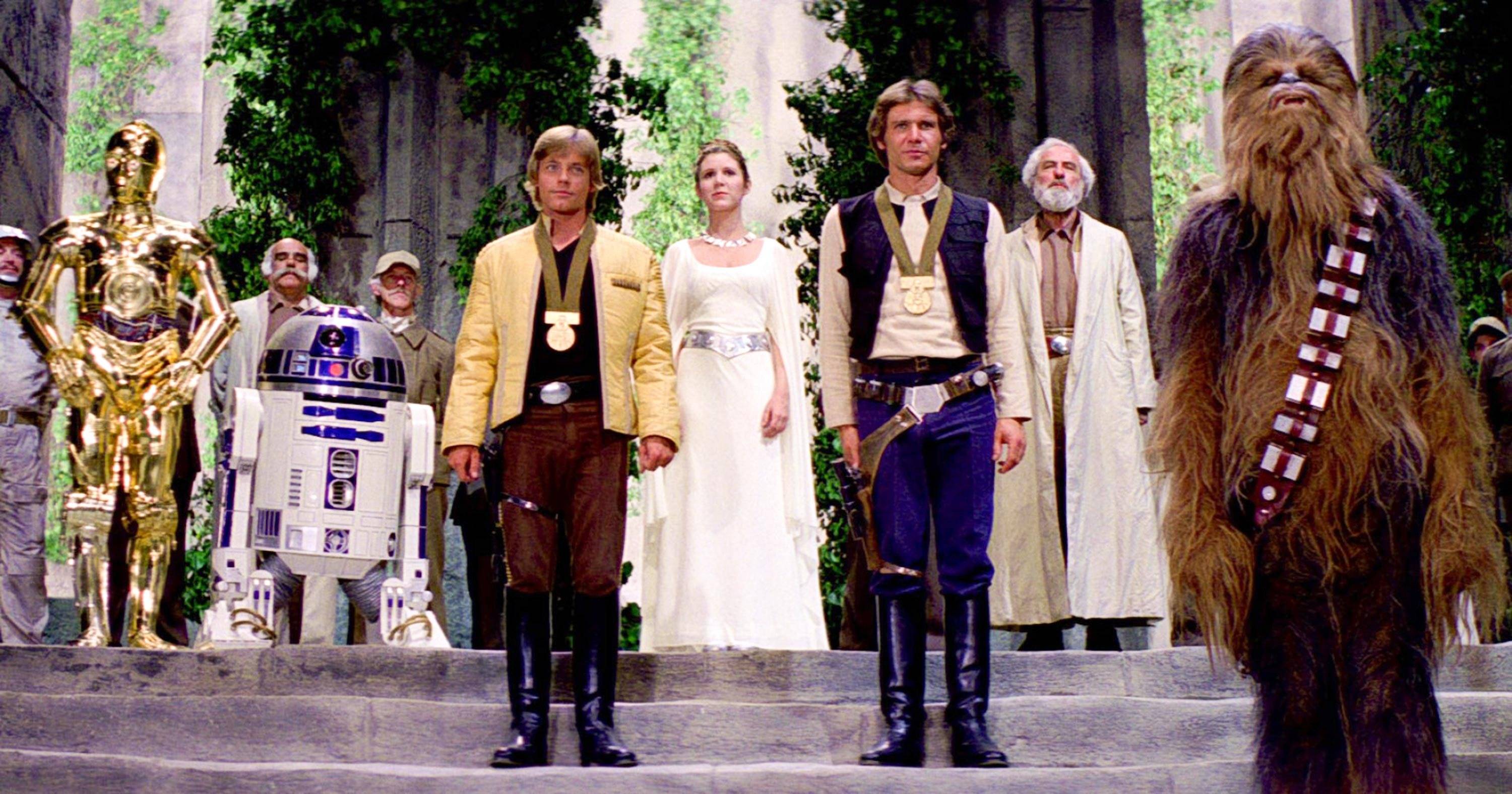 While most rebels consider opposing the Empire its own reward, the Alliance’s leaders do recognize conspicuous gallantry. For their heroism in destroying the Death Star, Han Solo and Luke Skywalker receive the Medal of Yavin from Leia Organa in a ceremony on Yavin 4. Decades later, Maz Kanata gives Chewbacca the medal once worn by Han, which Leia was holding when she died.

From CBR Article (edited to add emphasis and remove the spoiler),

But it turns out Leia had one last parting gift for Chewbacca. When she died, she was seen holding something small in her hands. After the final battle to save the galaxy and destroy the Final Order, the Resistance returns to their base to celebrate. Chewbacca ends up being given what appears to be the same small item. It's a medal, similar to the one that Luke and Han received decades earlier for saving the Rebellion.

And with that, Chewbacca finally received his medal from Leia on screen, even if she wasn't there to give it to him in person. It means one of the final shots of Chewbacca in the series is him holding onto the medal that he's long since deserved, which seems like a fitting close to one of the most iconic and dedicated heroes of the franchise. It's also an even sweeter connection if Lucas' idea is still canon because it allows Leia to thank him not just for his friendship, but for all of his good deeds one more time.

It's a Medals of Bravery aka Medal of Yavin.

The Medal of Bravery was an award given for heroic efforts by the Rebel Alliance.

Also Luke and Han with already got it in A New Hope but we didn't see Chewie getting it but in comics, it was made clear he got it and he gave it away ( from screenrant) : 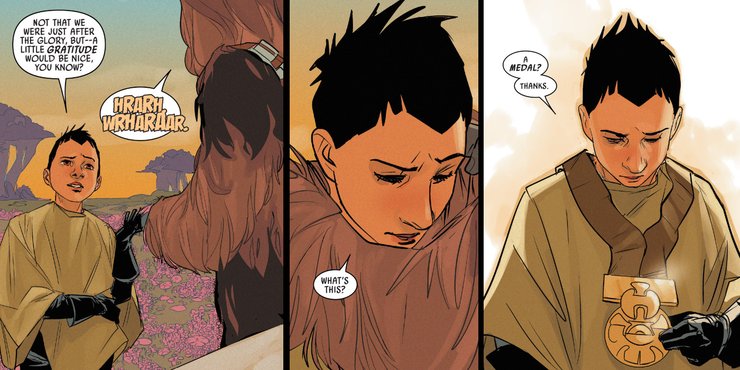 From the same link:

While the medal in question isn't outright said to be Han's, the fact it was in Leia's possession earlier in the film seems to indicate it was her late husband's. Maz giving Han's medal to Chewie on Leia's behalf communicates volumes, and would certainly be considered by Chewie to be an honor worth keeping. Furthermore, with the deaths of the entire Solo family, the medal helps give Chewie a sense of peace, as well. His life debt to Han Solo and his subsequent family is now fulfilled.

Even the actor thinks so:

“Nobody told me whose medal it was, but I’m thinking it was Han’s,” Suotamo speculated.- IGN