What is this Northern British location in the opening scene of West is West?

In West is West, the 2010 sequel to Ayub Khan Din's East is East, the opening shot is a long-shot of a Northern British town's alleyway (don't think it can be considered a gennel?): 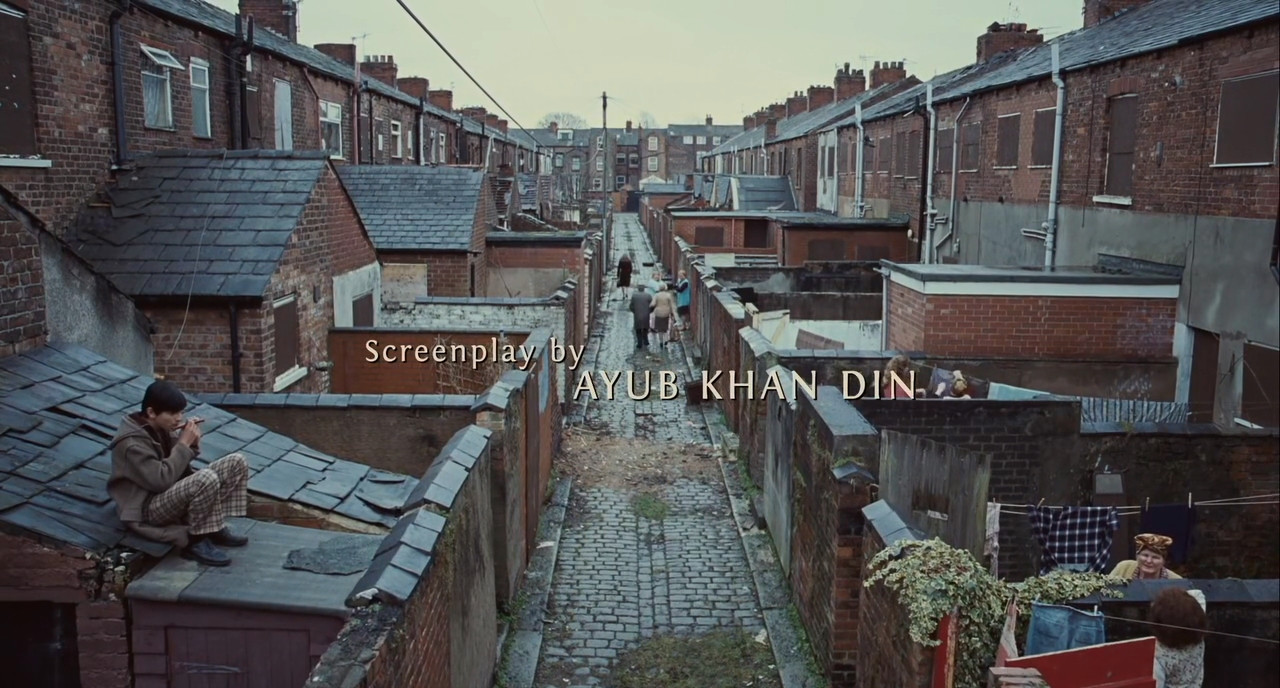 Is there any more information on where exactly this particular shot takes place? If not, is at least the rough location of it known?

Probably the back of Silverdale Street, Manchester - now demolished & a new estate built.

Google streets view of it in 2012 - open space, but this is probably within a few yards of it, the cobbles are all that remain, if you look away from the road, across the grass, to East or West 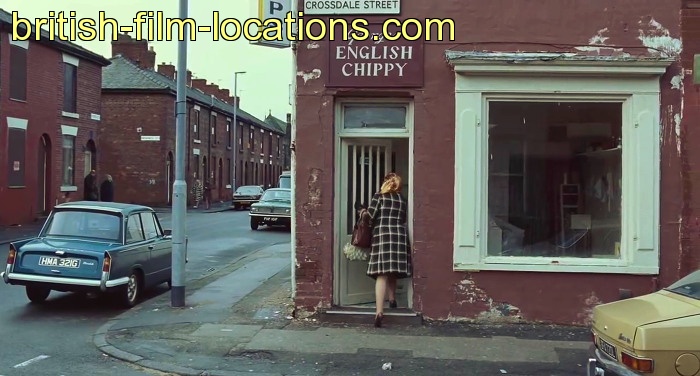 That type of terraced housing would very frequently back onto such small back streets - it's all very Coronation Street ;)
btw, this wouldn't qualify as a ginnel, it's simply a 'back street'. A ginnel would be smaller, usually just wide enough for one or two people walking. 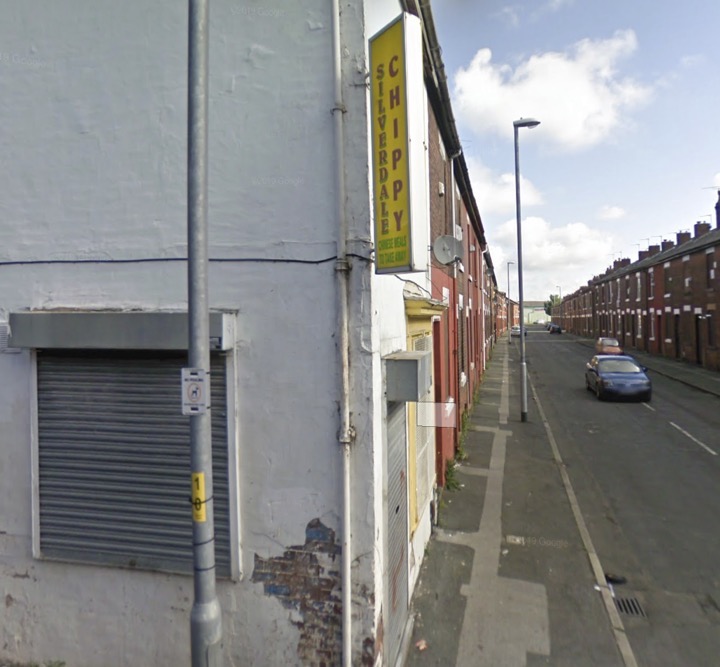 The shot may be directly behind the chippy, but Google didn't capture a good shot of it from either end. This is the closest we'll probably ever get. 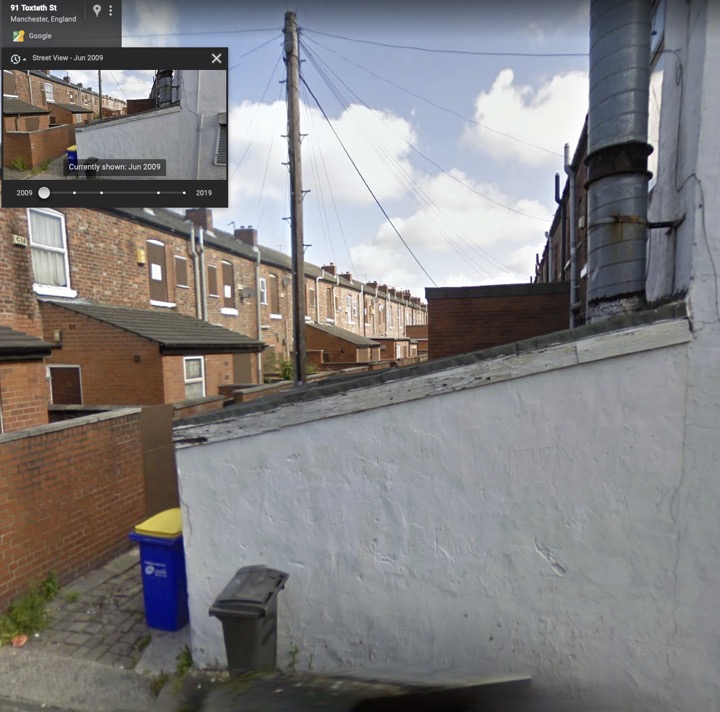 This is it today… 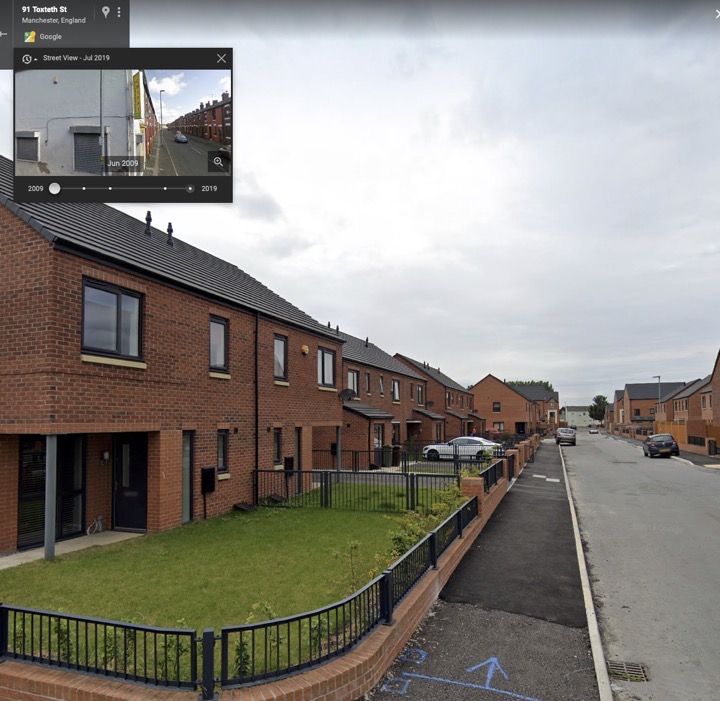 Not the answer you're looking for? Browse other questions tagged film-location west-is-west .

14
Where was the opening scene of Knight and Day filmed?
8
Shooting location for Cloud Atlas: where is this tower?
2
Could someone confirm this filming location?
14
How much did Legendary Pictures' connections to the Pittsburgh Steelers really influence the production of The Dark Knight Rises?
3
Location of the scene with the river and waterfall: is the waterfall a joining of two streams?
12
Unusual parking garage elevator in opening scene of The Driver (1978)
2
Where was The West Wing shot?