What New York building does Spider-Man glide through in Far From Home?

At the end of Far From Home, Peter is shown swinging through New York and, wearing the gliding suit he got from Tony Stark, glides towards a building that seems to have a completely open centre such that he's able to glide straight through it:

Is this a real building in New York or completely CGI? If it is real, what building is it?

No comment on what the building is "in-universe" — I assume the other answerer is right about that — but "out-of-universe," yes, that hole is computer-generated. In real life, the building in that position above Grand Central Station is the MetLife Building, which is about that size and roughly that coloration but definitely doesn't have a big hole in the middle.

Here's a still from the movie (sorry for the YouTube quality), versus Google Streetview's view of the actual MetLife Building: 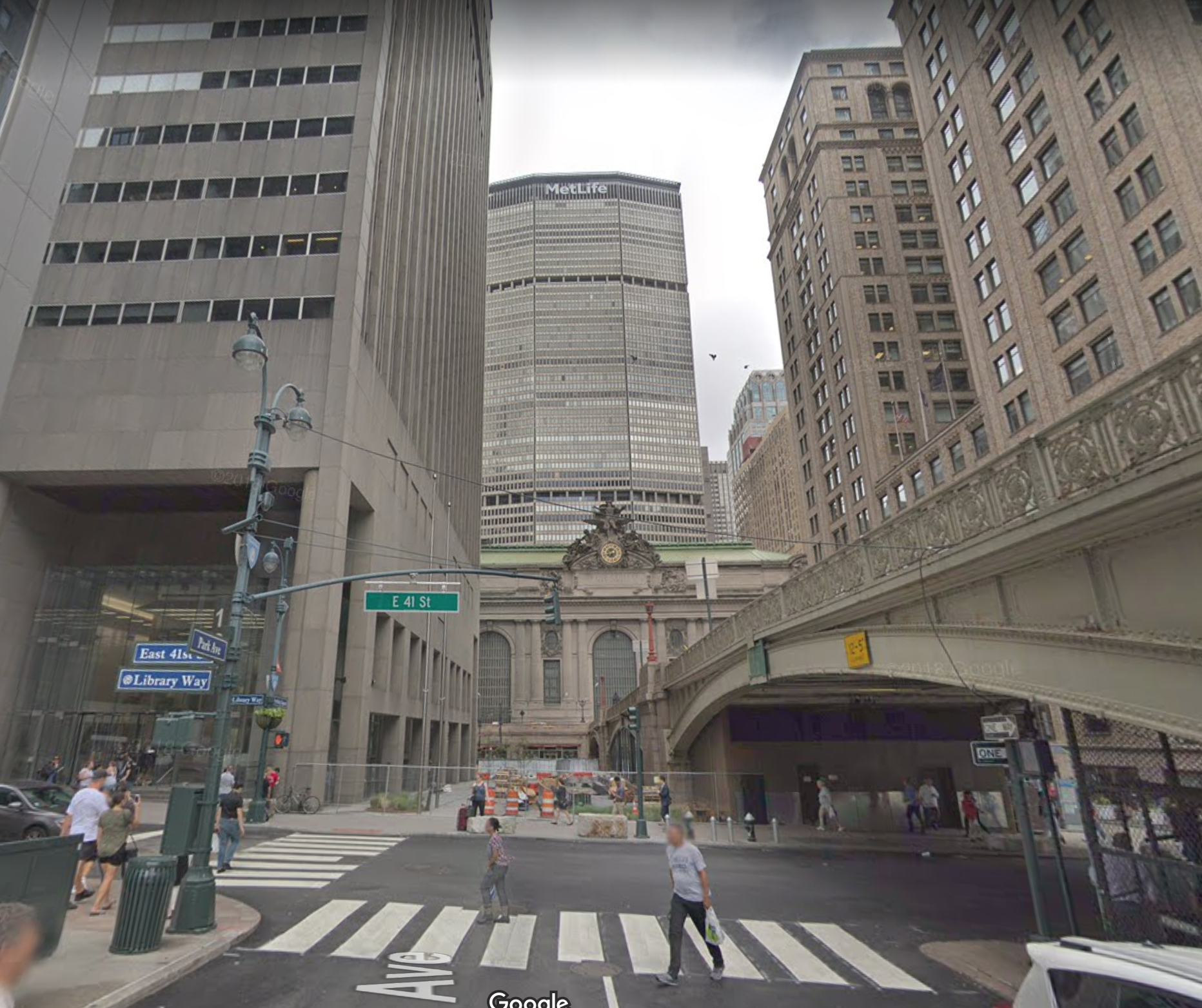 This is, in fact, a re-designed Avengers Tower that Tony Stark sold in Spider-Man: Homecoming.

Since the old Avengers Tower was CGI, it's likely that this new building is also CGI.

At the end of Spider-Man: Far From Home, Spider-Man swings past (and through) the redesigned building, giving audiences a glimpse at what it has now become. The most notable change that is visible is a gaping hole in the center. This is by design and not a result of another giant fight in New York. The gap is used as a lounge and garden area for the building, which has a modern, hi-tech feel to it. Beyond this, it isn't clear what the functionality of the hole is, other than giving Spider-Man the ability to swing through the building instead of around it.

The new look makes the towering structure stand out even more than it did before, but Spider-Man: Far From Home stops short of showing us who is in the building or what name/company is branded on it.