The first on is a badge awarded within the hitlerjugend afaik: 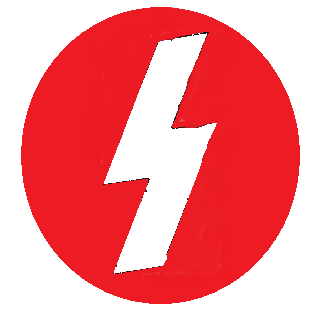 The second one has different colors and is portrayed on a flag. What's its meaning? 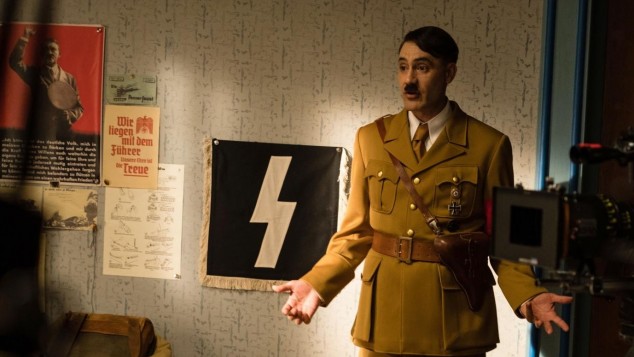 This particular symbol and color combination would be the Deutsches Jungvolk in der Hitler Jugend (German Youngsters in the Hitler Youth).

The Deutsches Jungvolk in der Hitler Jugend (DJ, also DJV; German for "German Youngsters in the Hitler Youth") was the separate section for boys aged 10 to 14 of the Hitler Youth organisation in Nazi Germany. Through a programme of outdoor activities, parades and sports, it aimed to indoctrinate its young members in the tenets of Nazi ideology. Membership became fully compulsory for eligible boys in 1939. By the end of World War II, some had become child soldiers. After the end of the war in 1945, both the Deutsches Jungvolk and its parent organization, the Hitler Youth, ceased to exist.
...
The emblem of the DJ was a white Sieg rune on a black background, which symbolised "victory". This was worn on the uniform in the form of a cloth badge, sewn onto the upper-left sleeve of the shirt.
source: Wikipedia

The 'flag' or banner shown in your question's second image fits the description of the badge/decoration used by this younger division of the hitlerjugend. This fits with the age of the title character

This is a sig rune. In National Socialism, the single sig rune was an emblem of the Hitler Youth. The double sig rune was used by the Schutzstaffel (SS).

Note that the use of both the single and the double sig rune may be liable to prosecution in Germany today.

Not the answer you're looking for? Browse other questions tagged analysis realism reference jojo-rabbit .

8
Why is the father blind in the dream world?
8
Were the direct references to Die Hard and Under Siege made on purpose?
14
What does the title “Prisoners” mean?
9
Meaning of different color themes in “Hero”
13
What is the significance of different color uniforms in Star Trek reboot series?
9
Why does Iris West have purple lightning?
38
What's the metal clinking sound at the end of credits in Avengers: Endgame?
4
What were the books being burnt in Jojo Rabbit?
24
Is the conflict between Captain America and Tony Stark in “The Avengers” Blue Collar versus Educated Elite?