Why did Tallahassee say, "That decides it"?

Tallahassee: T-800s. That decides it.

Why did Tallahassee say, "That decides it"?

Tallahassee sees himself as a father figure/mentor/protector to the younger members of his 'crew'. The 'chief' of his 'tribe' so to speak.

After our intrepid heroes locate Little Rock at Babylon, Tallahassee tries to fit in but has a hard time of it. He disagrees whole-heartedly and vocally with the whole 'peace-nik' concept of Babylon and doesn't want to stay. He tries to convince himself that he is leaving Columbus, Wichita, Little Rock and (to a lesser extent) Madison in relative safety at the hippie encampment. I don't think Berkeley matters much.

<Seeing Little Rock safe and surrounded by friends her own age, Tallahassee realized his nest was now empty. And he began to hear the call of the buffalo.>
source: Zombieland: Double Tap (2019) transcript

But leaving them in Babylon is not as easy as he makes it out to be, regardless of how much he hates the place. While it's nice to be back on the road as a 'lone wolf', he can't stop worrying about them. This indecision comes to an abrupt end when he strikes the T-800 on the road away from Babylon.

TALLAHASSEE (singing in the pickup truck): Give me a home, Where the buffalo roam, And the deer and the antelope play. Where seldom is heard, A discouraging word, And the skies are not...
source: Zombieland: Double Tap (2019) transcript

Tallahassee hits something on the road.

It refers to the internal conflict between leaving his crew at Babylon to pursue his own path as a lone wolf and staying somewhere he hates in order to protect and look out for them. After hitting the T-800 on the road and seeing tens if not hundreds more making their way towards Babylon his mind is made up.

He decides on the spot that he will turn around and put up with all the bullshit Babylon has to offer if it means keeping his crew safe. He slams his pickup in reverse long enough to pull off a quick J-Turn maneuver then accelerates quickly back to Babylon to warn (and save) his adopted family. 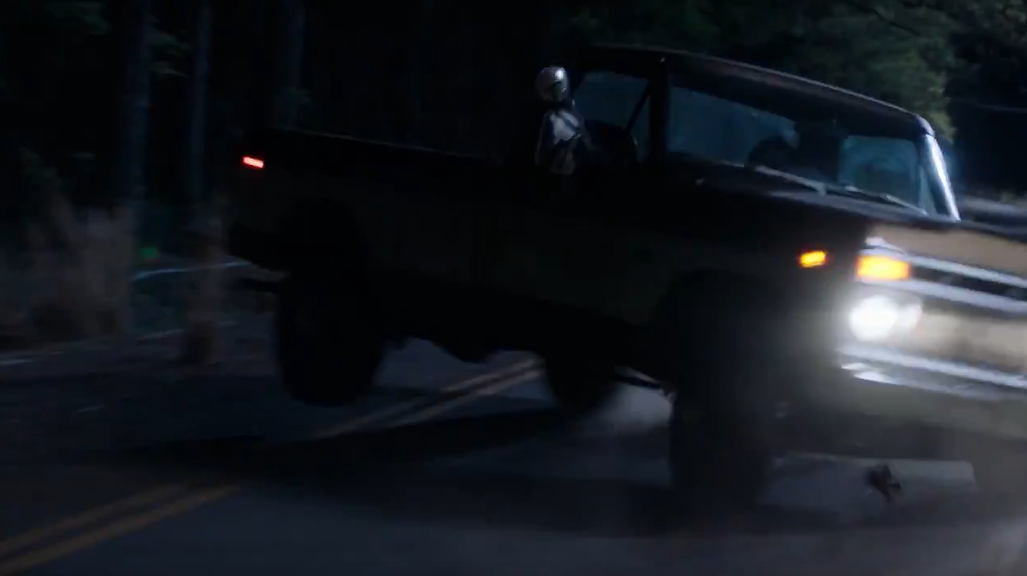 Tallahassee to the rescue.

5
Why did Will say sorry after asking the question?
8
Why does Andrew Borba say "pork and beans"?
0
Why did Kate say to Kevin "Maybe it'll happen"?
16
Why do the three boxes appear when the parademon explodes?
1
Does Adaline say why she has to leave the city at the beginning?
9
What was the backstory of the doubles in the film "Us"?
7
Why does Johnny say he’s responsible?
10
Why does Wonder Woman say "goodbye brother" to Ares?
0
Why did Wichita say to Tallahassee “Maybe you should leave a note”?