Why does Daniel Craig tuck his tie at the end of Knives Out?

In one of the scenes, Daniel Craig is shown tucking his tie inside the middle of his shirt.

Why does he do that? Why is the audience shown this? 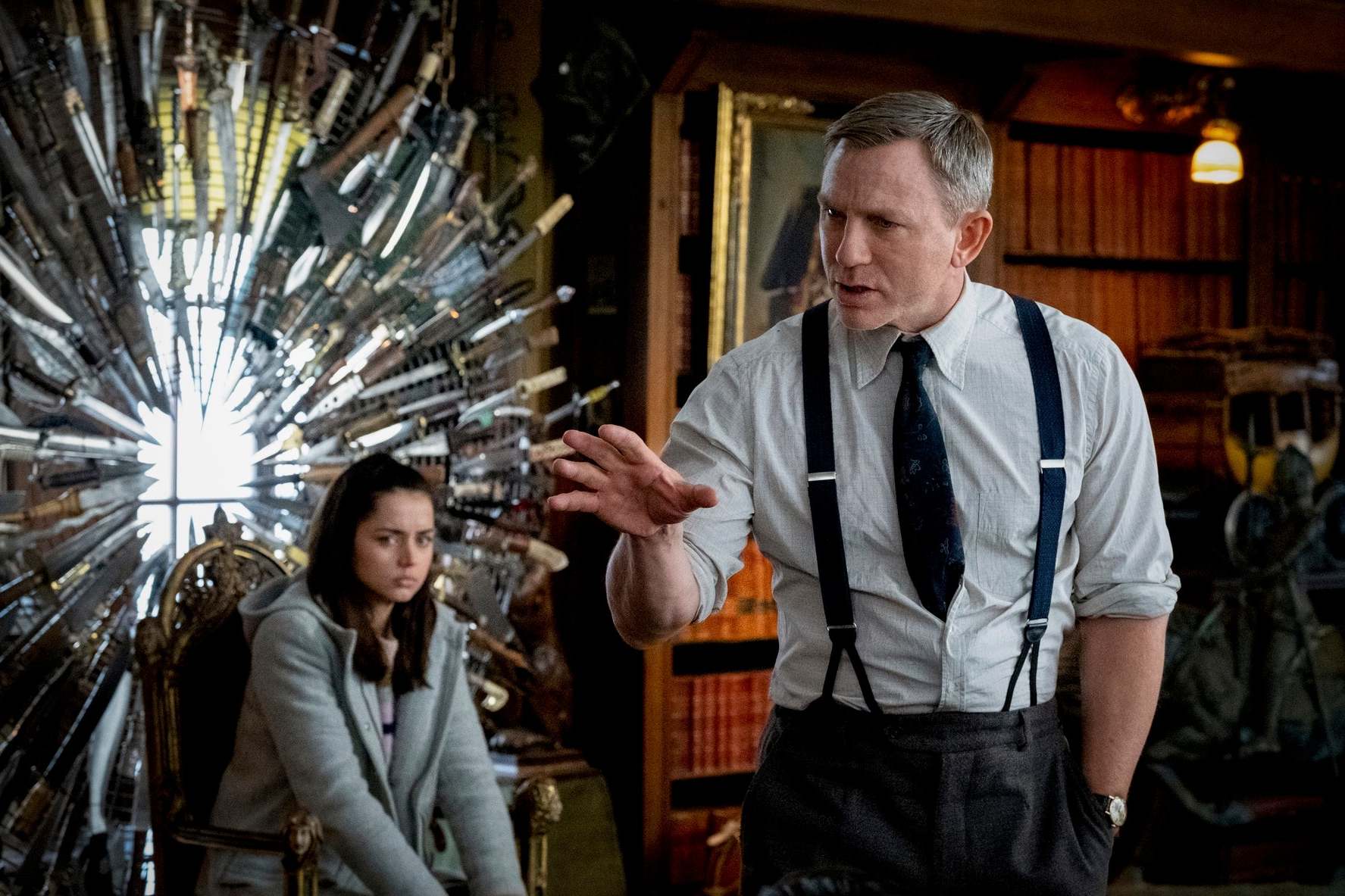 In one of the scenes, Daniel Craig is shown tucking his tie inside the middle of his shirt. Why does he do that?

For the same reason he takes off his suit and rolls up his sleeves - he means business.

This is one of the last scenes of the film, the one that ties everything together. And throughout most of the film Daniel Craig's character - Benoit Blanc - has mostly just been observing and asking questions (and talking about donuts). However, once he reads the toxicology report that Fran stashed in the clock, he's able to connect all the dots and takes charge of the narrative. As a result and to illustrate that he's finally serious about it all, he takes off his suit and rolls up his sleeves, tucks in his tie, and starts explaining it all.

Out of Film Explanation:

Men tuck in their ties if they're doing work that's dangerous and to where their tie could potentially get in the way and cause them harm (ex. working with machinery, electronics, etc.). With respect to the film, it's just meant to show that Blanc isn't playing around anymore and that he's now ready to hold up to the reputation that he's so well known for.

If only Blanc had been wearing a bow tie instead...

Not the answer you're looking for? Browse other questions tagged knives-out .

9
What did Linda Drysdale do to upset her father?
5
How did Richard get a [red] black eye at the end of Knives Out?
7
In Knives Out, how did Marta get away with a certain lie without vomiting?