What could have resulted in such a huge crater in WW I?

In the movie, 1917, there is huge crater filled with muddy water and bodies, what could have caused it? It is a bit too big for an artillery shell.

That all depends on how big the artillery shell was. 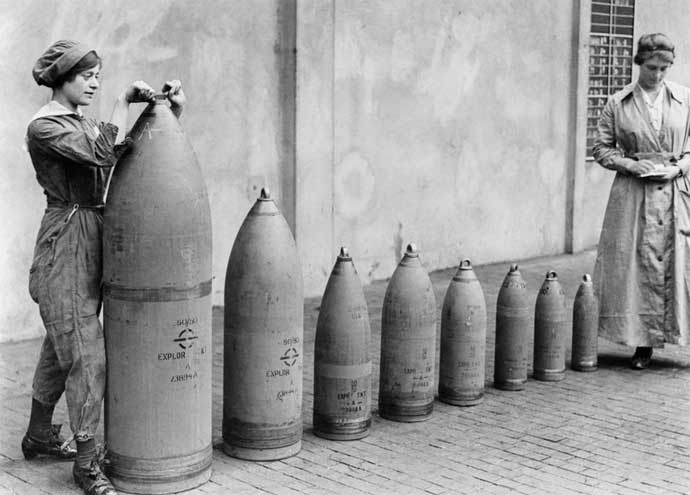 A standard 75mm/18lb shell would have difficulty making a hole anywhere near that big, but the largest shell fired in WWI was 3,130 lbs! used by the 520mm French Schneider Howitzer... 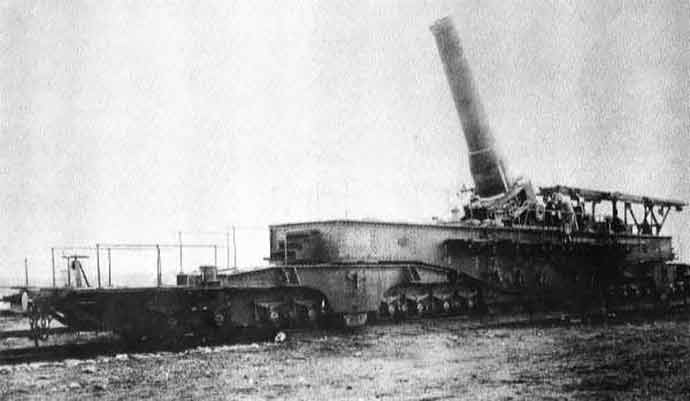 Somewhat more portable were the 24cm or 25cm Schwerer Flügelminenwerfer* which carried a 200 lb charge…
*Roughly translates to 'heavy winged mine thrower' - the shells had fins at the rear. 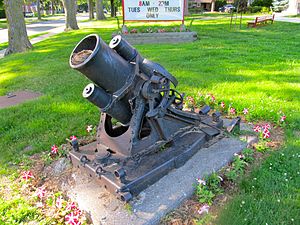 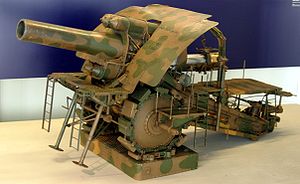 It's quite difficult to picture the size of this - it was 15ft tall, 32ft long

Possibly the result of an underground bomb, placed there by miners:

One of the common techniques used in warfare during the First World War was mining. There were various mines planted under trenches, then detonated to send part of the trench, and anyone in it, sky high.

The BBC also did an article on this.

This Explosion Was the Biggest Blast Before Atomic Bombs

The mines were each fired by soldiers and so went off a few seconds apart up and down the length of the ridge, sending geysers of earth, steel, concrete, and bodies spewing into the air and searing the dark sky with orange flame.

The mines, totaling nearly 1 million pounds of explosives, are believed to have created one of the largest human-caused explosions before the nuclear era. On the British side of the front, men were knocked off their feet by the blast. Farther away, in France, the shockwave was mistaken for an earthquake. And the roar of the detonation was reportedly so tremendous that it was even heard by the British Prime Minister in London.

The craters resulting from the Battle of Messines are fairly well-known:

Given all you see is the crater, there's no guarantee it was made by a single shell, though the odds are statistically high it was a shell given how many were fired.

The biggest crater created still exists today in 2020, 104 years after it was created.

The Lochnagar mine crater on the 1916 Somme battlefields in France is the largest man-made mine crater created in the First World War on the Western Front. It was laid by the British Army's 179th Tunnelling Company Royal Engineers underneath a German strongpoint called “Schwaben Höhe”.

Another thought - there's no reason it couldn't be a series of shells, each landing in the previous crater. Estimates range from 1.7 billion to 8 billion rounds fired by both sides, and that France has a land area of 643,801 km², of which very roughly 25% was directly in a warzone at some point. Meaning 10,000 to 40,000 rounds landed on each square kilometre on average, with many more in heavily contested areas.

(This last part is super-fudgy with estimates, don't take it accurately at all.)

In addition to the incredibly heavy shells that could be lofted by the artillery of either side, delayed fuzes were used which trigger a few seconds after impact, causing the shell to explode under the surface, pushing the ground advice up and out, and creating craters as deep and wide as you see in the picture you posted.

Since proximity fuzes, which would allow reliable airbursts and are very effective in throwing shrapnel out, were not in use until the Second World War, the sub-surface explosion was the most devastating and effective anti-infantry tactic, compared with a surface explosion. It had the added advantage of turning no-man's land into a crater riddled quagmire, making it that much harder for an attacking force to progress.

It is a bit too big for an artillery shell.

Others have shown the artillery pieces, and the mine craters.

But few people today have any idea of how much the heavy artillery of the day churned up the landscape in general. The earth was pounded over and over for months, which means that eventually it was just a thick layer of mud (which got displaced even easier with each successive barrage).

Borrowing from the "heaviest shell" link in Tetsujin's answer, emphasis mine:

Respecting the photographer's copyright, I just link to some pages showing the fields of carnage, almost a hundred years later -- with some of the craters still in evidence rivaling that from your question:

Quiet on the Battle-scarred fields (blogspot.com)

100 years on, buried WWI shells pose threat in French fields (reuters.com) (which is -- part of -- the reason why these areas have not been taken under the plow again. Also, chemicals, and body parts of the many thousands that were blown into so small pieces that burial was simply not an option.)

Not the answer you're looking for? Browse other questions tagged realism 1917 .

4
The hydrazine incident: could both astronauts have been saved?
6
Is there a measure for movie realism?
1
What could have saved the Cali Cartel?
45
How was 1917 filmed as a continuous shot?
4
How did Blake get to this place?
4
Why does the German line (trenches) look similar to the British line?
8
Why did Will trade his medal for wine?
6
What is the significance of this song in 1917?
6
Is it realistic to build a well in the basement?
10
In 1917, would a British Army Colonel truly have told a Lance Corporal to “fuck off”?