Who are these characters on Earth 2?

In Crisis on Infinite Earths part 5 of Arrowverse they

reboot the whole universe and a new universe is formed.

It is shown that on Earth 2 there reside Stargirl and some other heroes. Who are these other heroes shown along with Stargirl? 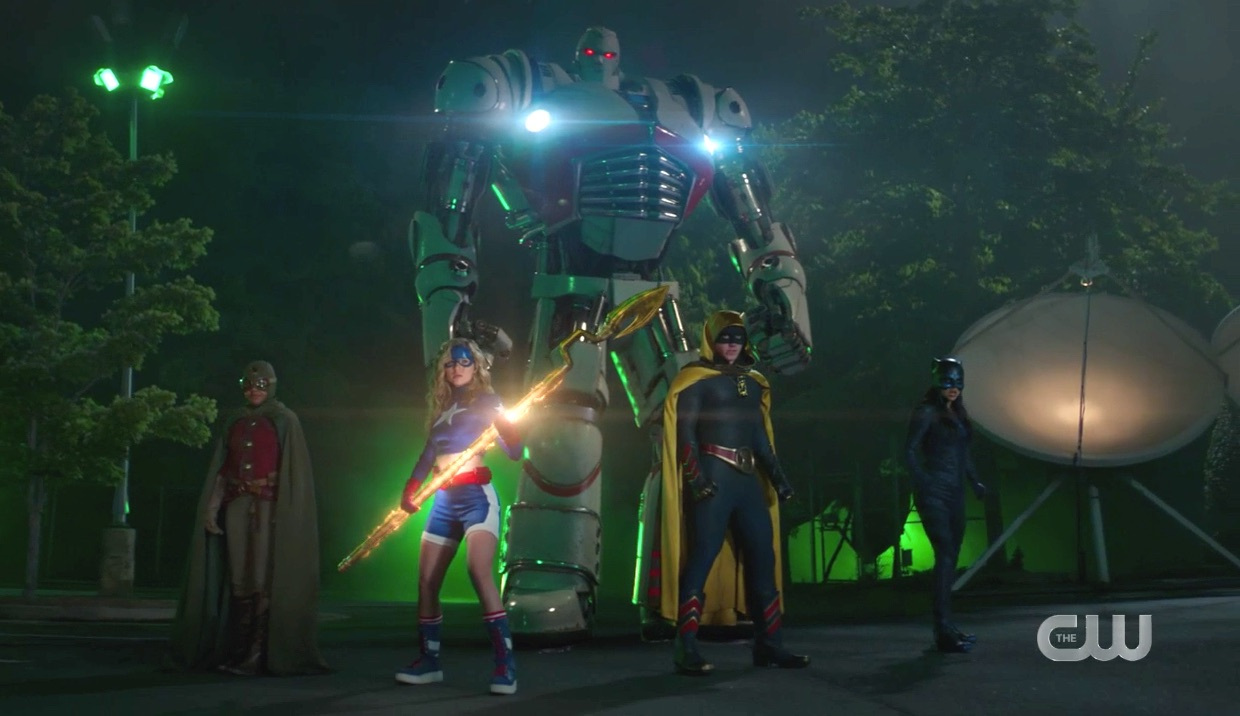 Unconfirmed but I believe that these are (via Den of Geek):

“Pat Dugan once went by the less-than-inspired superhero name of Stripesy, sidekick to a young hero known as the Star-Spangled-Kid and later Starman of the legendary Justice Society of America. Today, Pat has left his sidekick life behind him. But when his new step-daughter, Courtney Whitmore, discovers Pat’s secret past and takes on Starman’s legacy to become Stargirl, Pat is forced to come out of retirement and once again become a sidekick — to his step-daughter — this time piloting a 15-foot robot called Stripe.”

"Also known as the introspective surgeon Dr. Charles McNider, Dr. Mid-Nite is a brilliant and forward-thinking medical pioneer, and a founding member of the JSA. With his trusty owl, he acts as the team’s resident doctor and detective." 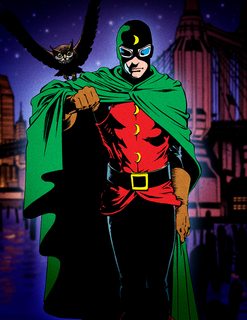 Rex Tyler, the Golden Age Hourman, described by TV Line as "a master chemist and adrenaline junkie who as Hourman is a thrill-seeking superhero with the ability to manifest super-strength… for one hour a day. A founding member of the Justice Society of America, Rex/Hourman struggles with balancing his life as a hero and father." 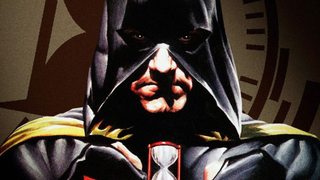 Based on this article and image this seem to be Wildcat

Earlier this year, it was revealed that The Fosters actress Yvette Monreal would be playing on Yolonda Montez, aka Wildcat on DC Universe’s Stargirl. Now, thanks to Thomas Polito of GWW, we have our first look at Monreal’s costume on the set of the series. 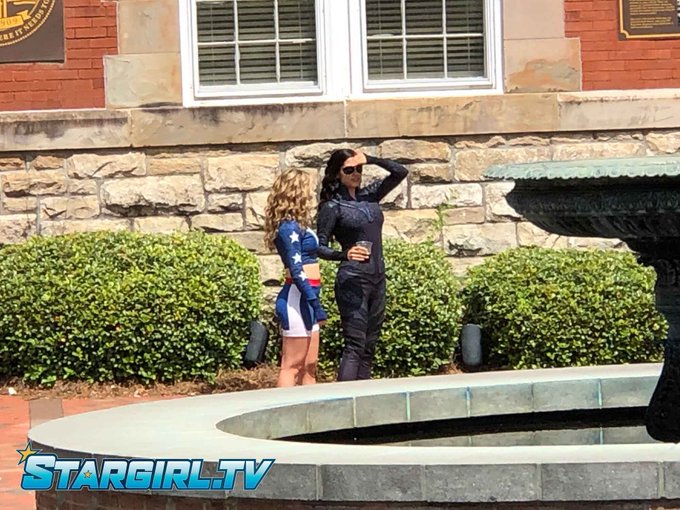 Not the answer you're looking for? Browse other questions tagged character arrowverse legends-of-tomorrow .

4
Do the showrunners consider Supergirl and Constantine to be part of the Arrowverse?
6
How to be ready for the ongoing crisis?
9
What are the different universes mentioned in Crisis on Infinite Earth?
1
Episodic chronology of Crisis on Infinite Earths
8
Where does Elseworlds fit into Batwoman chronology?
3
Was there any pre Crisis buildup for setting up paragons?
4
All the casualties of the Gas attack on Superman Return universe hinted in crisis
6
Why have Doom Patrol and Titans been broken up into separate continuities?