What does Tyrell Wellick find at the end of Mr Robot S04E04?

At the end of Mr Robot Season 4 Episode 4, its pretty much given that Tyrell Wellick goes off into the woods to die. He's been shot and tells the others to go on without him. However at the very end of the episode, we see him one last time wandering in the woods, following the sound of a howling animal which they've been hearing the entire episode. He finally finds it, however all we see is that he's come upon some sort of mysterious blue light, which he stares into as the screen goes white and the episode ends. We never see him again after this other than in Elliot's dreams.

What was the blue light? What did he find? 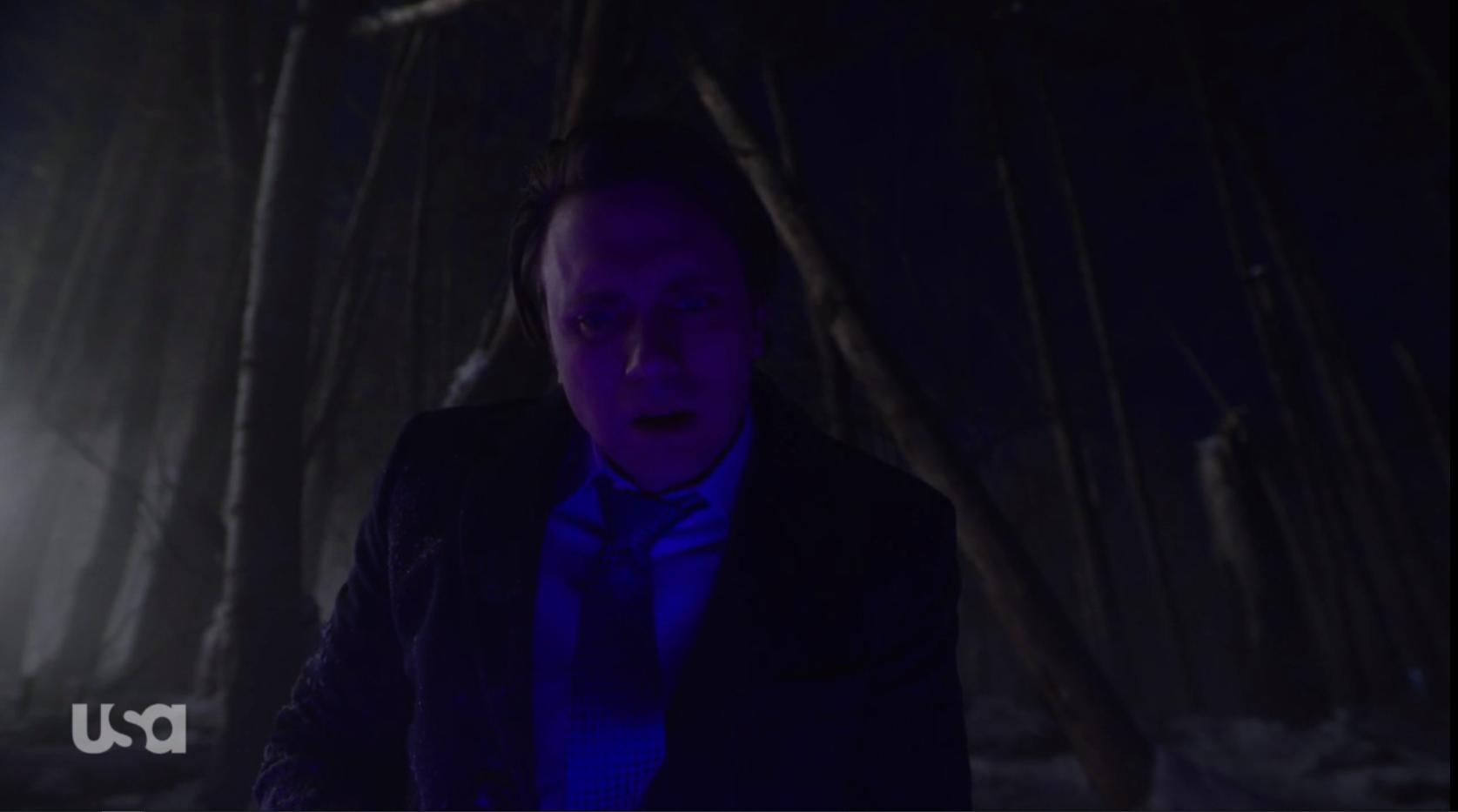 He found peace in death.

The blue light was to "light at the end of the tunnel". It is never shown in the series what it might be nor was it mentioned anywhere.

Also the hollywoodreporter explains this in depth.

As for the enigmatic nature of Tyrell's final moments, bloodied but bending toward a great blue glow, the actor is just as confused as the viewer: "It wasn't clear to me what that was. Sam and I talked about it, but in my mind, we weren't sure if it's something that only we see, or if it's something that's in his head. When I thought about it, it was so much about coming to peace with everything finally working out. For me, I saw it as him realizing that his son would be okay. It's not the way he planned things, but his son will be okay now, and Elliot will be okay, too — and he'll take down Whiterose. It's a relief for Tyrell. I think he's thinking: 'All of this struggle, it was useless, but it's fine now. I'm going to die now.'"

Not the answer you're looking for? Browse other questions tagged plot-explanation mr-robot .