How does aging work in The Witcher?

When watching The Witcher, I noticed that:

Queen Calanthe is a non-magical grandmother, yet she is still actively involved in war. Yennefer states that she has been at Aedirn for three decades, yet she hasn't aged. Geralt's age is not mentioned, but I think it was implied that he is old.

Assuming Yennefer's lack of aging is due to magic and Geralt's is as a result of his mutation, how is Queen Calanthe still able to do this? Does aging work differently in The Witcher, or is she simply an exception?

Following the answer in this question we can guess that Calanthe wasn't that old in the first place - even while she is a grandmother, we are talking about times when 13-15-year-old girls are expected to bear children, so being grandmother at around 30 was something natural:

In the first episode, in the Geralt's timeline, we hear from Renfri that Calanthe just won a battle at Hochebuz. Later Ciri says to her grandmother that "you at my age already won your first battle at Hochebuz" - this means that Calanthe was then about 13. Now let's look at an unofficial timeline compiled based on the events depicted in the show: 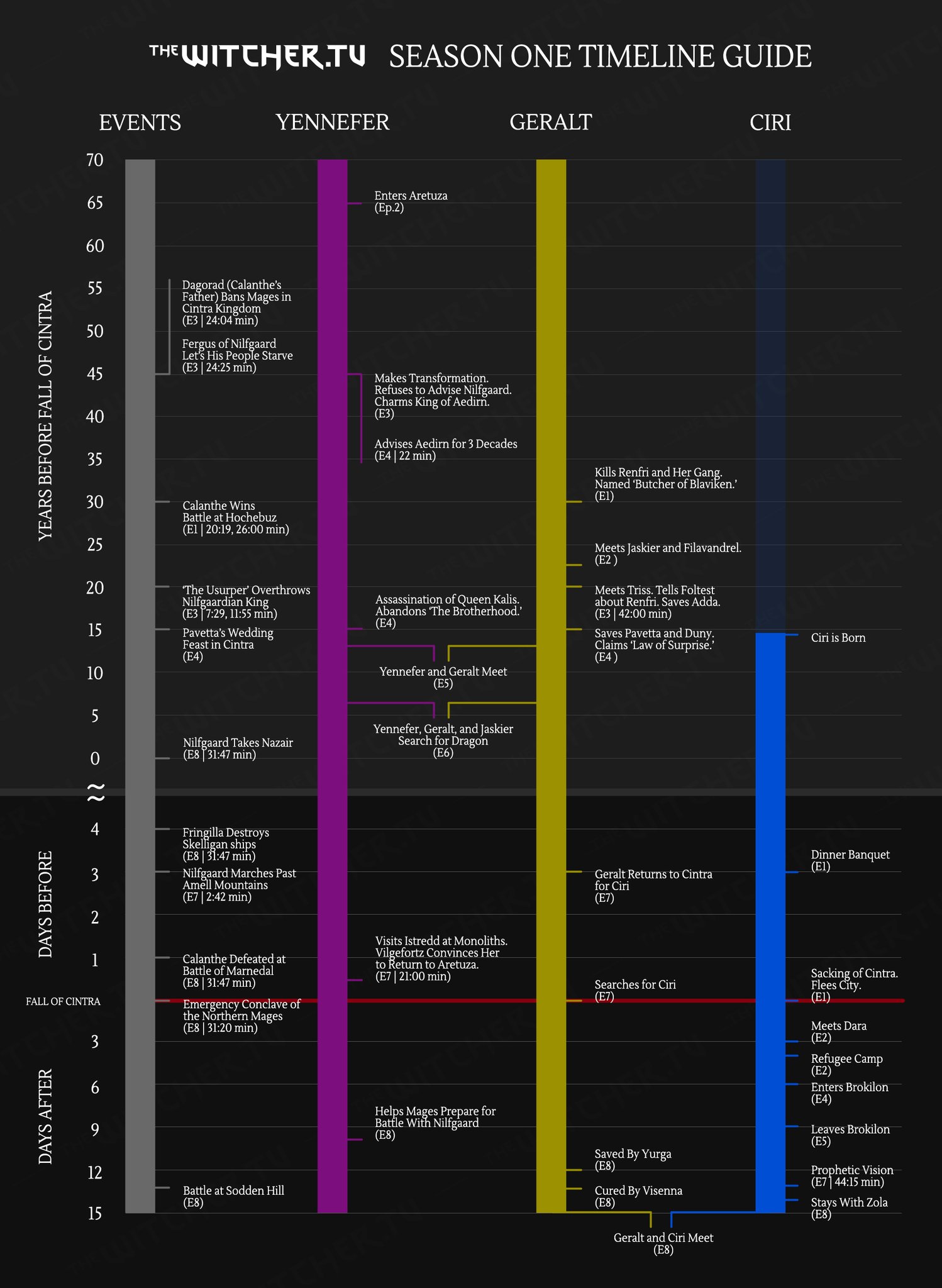 We see that there were 30 years between that first battle and Calanthe's death, which would make her barely 43 when she died and 30 when she met Geralt. Even if we would ignore this timeline, we in fact see Calanthe only twice withing 13 years gap (when Pavetta is pregnant and when Ciri is ~13). For a woman (such as a queen) that has the means to take care of herself, there won't be that much difference, so we can safely assume that she aged normally (the actress who plays Calanthe - Jodhi May - is actually 45).

You can see the proper dates on the official timeline:

Now regarding Yennefer and Geralt - indeed they age much slower. In case of Yennefer, it is caused by magic - mages found a way to stop (but not reverse) their ageing process, hence she will be always looking in her mid-20s. This process is relatively new - in the book "Season of storms" Geralt meets the "oldest living wizard" who invented this procedure when he was already old (he was 500 when he died). In the books at one stage, Yennefer admits that she is in fact 94, while the official site says that she is 71 (born 1192).

Geralt, as a Witcher (so a mutant) also ages much slower. The official website says that he is 103 - born at 1160, although in the first Witcher game he says that he just hit 100, while the author apparently suggested that he is bit younger - around 60. The old Witcher Vesemir is treated by his fellows as an "ancient" (and there are suggestions that he is about 300 years old!), while not looking more than being around 60-70.

Again, the official timeline (which takes a damn long time to load!) changes this a bit saying that Geralt is older than Yennefer: Geralt was born in 1160, making him 103 at the time of the Battle for Sodden while Yennefer was born in 1192, making her 71. Also, in case anyone is curious, Jaskier is 41 but was only 18 when he and Geralt first met. It seems that he doesn't age at all over 23 years, but then Geralt himself said about him:

Not the answer you're looking for? Browse other questions tagged the-witcher .

21
How do the characters' timelines interact in The Witcher TV series?