What were the books being burnt in Jojo Rabbit?

Near the start of Jojo Rabbit whilst at the Hitler youth camp, there is a book burning scene. There is a shot where it zooms in on two of the books being burnt in the fire. I didn't recognize the covers or names before the scene moved on. Is there significance to these books, any joke attached to it or are they just fake prop books?

The book in the image in Sanpaco's answer looks like it's "Journal Littéraire" by Paul Léautaud.

You can see the end of the words in the title in the screenshot.

The author was a French writer and theater critic who kept a large diary of his eccentric musings (the journal in question) through much of his life.

The Nazis may have found his literary work to be crass or rude, hence its significance here.

As for jokes, Léautaud would have been the early-20th-century equivalent of a contemporary film critic (and a notorious one at that). Like other directors, perhaps Waititi has a grudge against certain critics?

There aren't any clear shots that allow you to tell which ones they are burning, which leads me to conclude that there wasn't a joke implied as to which books they were. The only joke being that they are having so much fun doing it.

There is only one shot where partial text can be made out, and the only letters shown are "NAL" and "MRE" which could be the end of the author's name or of a word in the title. 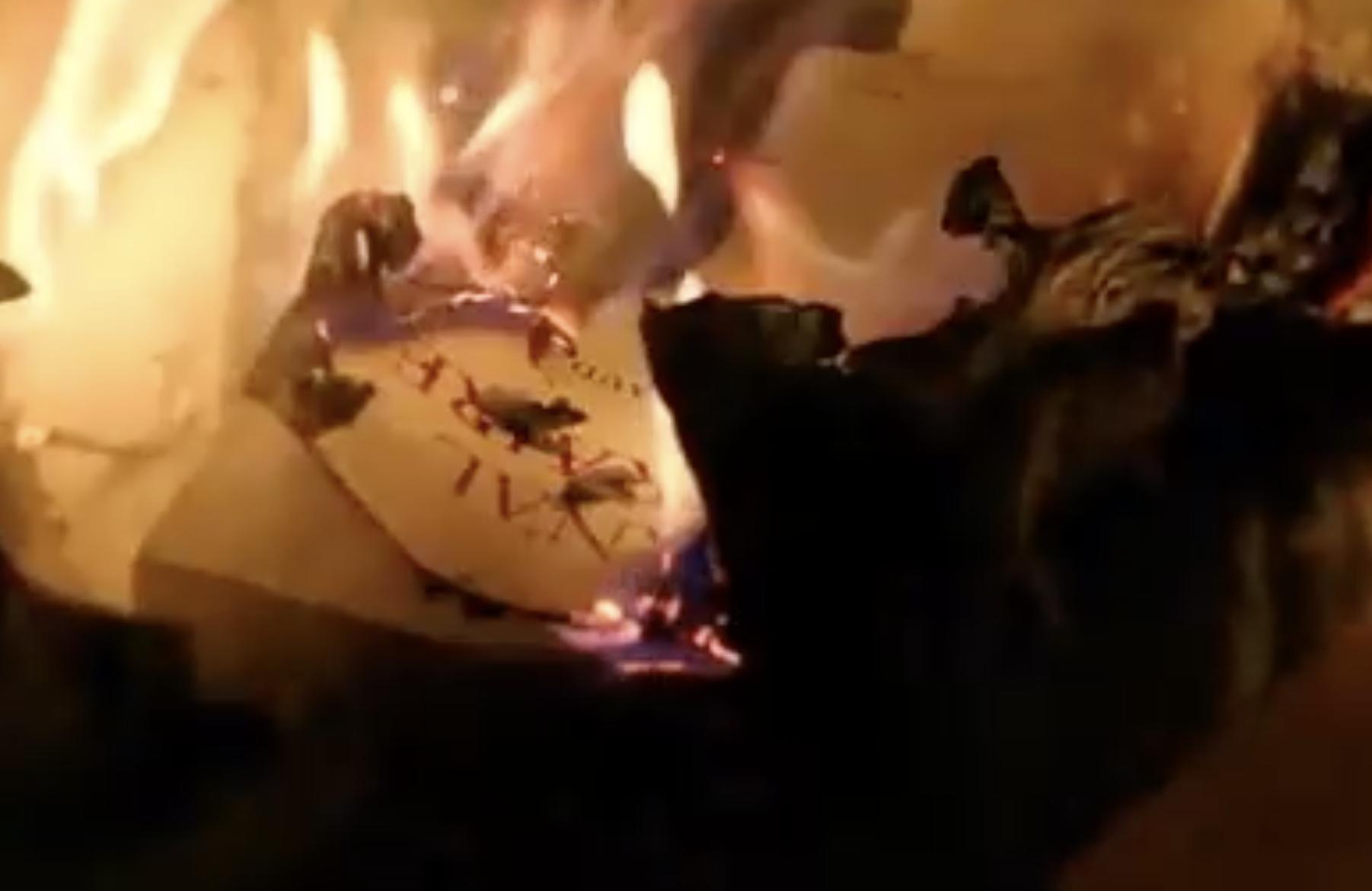 The fact that Nazis held book burnings is documented so we can assume, without more specific reference or evidence, that they were burning the same books that were burnt historically.

The Nazi book burnings were a campaign conducted by the German Student Union (the "DSt") to ceremonially burn books in Nazi Germany and Austria in the 1930s. The books targeted for burning were those viewed as being subversive or as representing ideologies opposed to Nazism. These included books written by Jewish, pacifist, religious, liberal, anarchist, socialist, communist, and sexologist authors among others. The first books burned were those of Karl Marx and Karl Kautsky.

Not the answer you're looking for? Browse other questions tagged reference jojo-rabbit .

13
Is there real connection between The Machinist and Dostoyevsky's books?
8
What film or TV show is being referenced in Psych episode Santabarbaratown?
14
What were the other A.I. chips and whom are they referring to?
3
Are any of Peter Parker's early costume designs allusions to the comic books?
69
What were all the references in Deadpool?
14
What were the magic words used by Zemo and what's it referring to?
21
What were all the references in Deadpool 2?
5
Meaning of the 'single white lighting bolt on black background' symbol in JoJo Rabbit?