Is that an 'activation chip' in a knife, and if so what could it accomplish?

While rewatching Hobbs and Shaw I noticed something interesting in the scene where Shaw's sister is hacking into the glove before the big island battle. 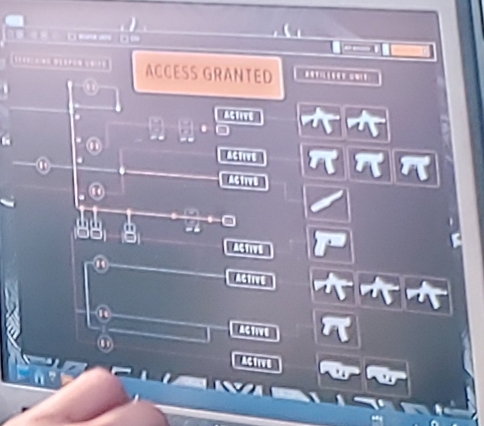 Is that not a picture of a knife in the third row of weapons? Assuming that it is, what could an 'activation chip' accomplish in a knife? Anything more fancy that keeping a switch blade from popping out, electrifying the blade, or something like that?

Rather than a knife could that be an image of something else? I don't remember seeing anything during the film that looks like it could represent... Did I miss something?

While I cannot guarantee it, it does look like a knife, and given the apparent handle to blade proportion (At least from the resolution appearance), I would believe it to be some variant on an injection knife.

This type of knife contains a CO2 cartridge (Or other propellant, there are different versions depending on military/civilian/who's building it), and the net effect is that it injects a large volume of air/other into the target, at extremely cold temperatures that can freeze the flesh that it comes into contact with.

Not the answer you're looking for? Browse other questions tagged fast-and-furious-franchise hobbs-and-shaw .