Does Maximus' blocking an axe with the sharp edge of his gladius make sense?

At 0:10:31, in the battle with a Germanic tribe, Maximus is placing the sharp edge of his gladius on his palm to block an axe swing. Wouldn't the impact simply bury the gladius into his hand? Do you have an explanation here or is this a blooper? 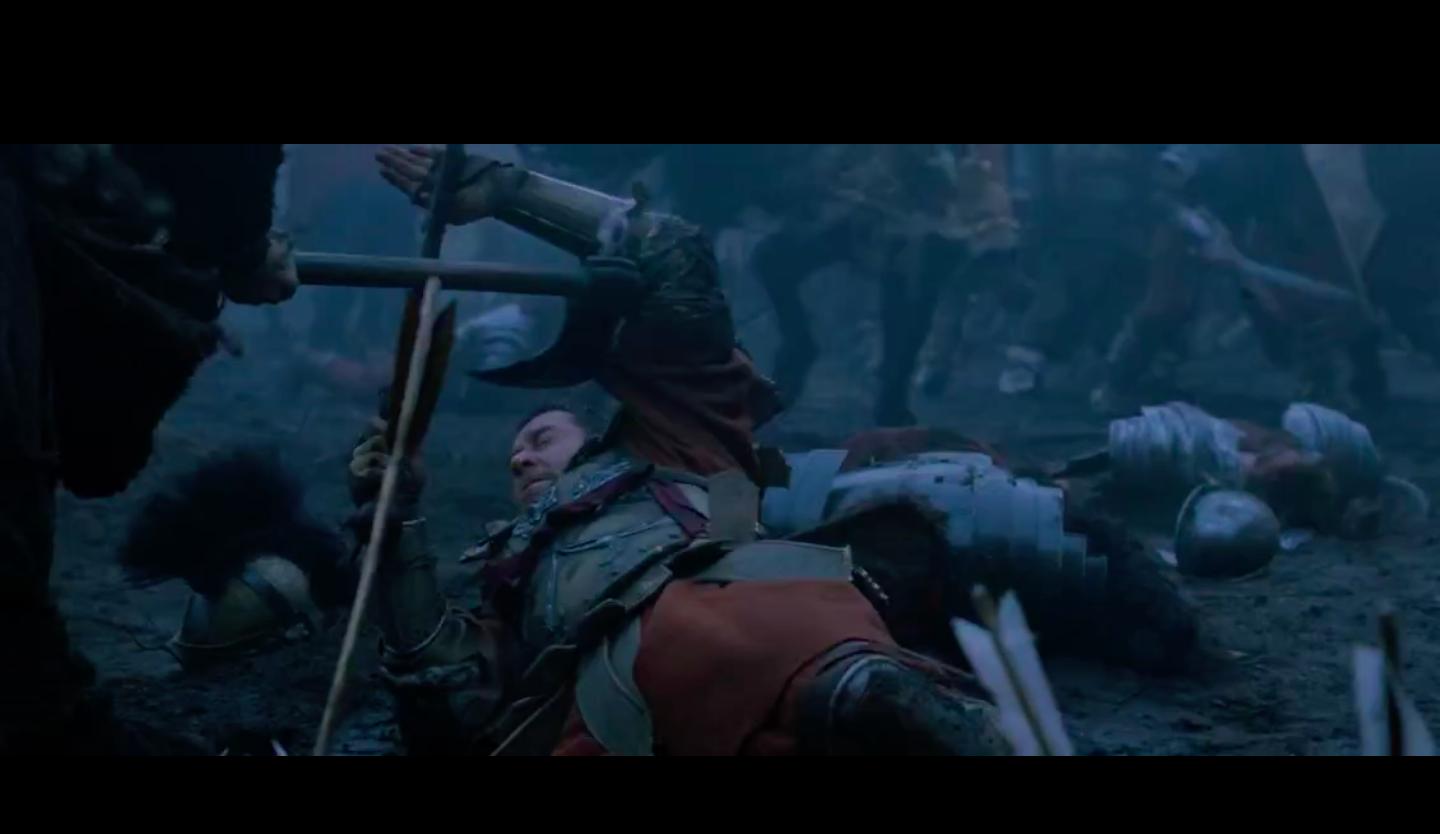 Using the support hand to brace the blade while blocking an axe swing absolutely makes sense, whether it would damage his hand or not. Even if the blade does cut his hand, that's still better than being hit in the face with a full-force swing with an axe, right?

As for injuring his hand, it is important to consider that he's in the middle of a fight, has been hacking on barbarian warriors (and parrying their attacks) for some time, and the metallurgy of that time was not as good as what we have today. Even if it was sharp enough to shave with before the battle started, by this point it would have been somewhat dulled by use and represent less of a cutting risk.

I do not know of any references as far back as the 180 a.d. setting of Gladiator, but grabbing a sword by the blade is not uncommon historically. The best example of this is the "half swording" done with long swords in Europe. This video gives a demonstration and discussion of injuring the hands while doing this

If a sword made of modern steel that is sharp enough to slice paper can safely be wielded while holding the blade as shown in the above video, then I don't see an issue with what is shown in Gladiator.

Not the answer you're looking for? Browse other questions tagged realism gladiator .

5
Maximus fighting the masked champion in the arena with tigers
21
Can a headshot from a sniper really cause muscle spasm?
3
Why does Maximus refuse the sword from Cicero?
1
What could have saved the Cali Cartel?
3
Would Get Out's earplugs really have worked?
21
Do Game of Thrones' crossbows and scorpions work in a realistic way?
1
How realistic is Lone Survivor when a soldier pulls a gun on a friendly pilot?
0
Does Nick pay Tanner his retainer fee in the end of Gone Girl?