I tried googling this movie but couldn't find it out.

I saw it originally around 2007 if I recall correctly, it's a horror movie taking place in a psychiatric hospital. The plot starts when a new male psychiatrist arrives (he was white and I think he had a beard). Along the movie some of the patients and staff members are murdered, there are various suspects and also there's some kind of basement where the most dangerous patients are locked. In the end it turns out the psychiatrist was fake and was the murderer all along...

Does anybody know which movie this is?

It should be Madhouse (2004 film). It matches your description. In the movie main protagonist is an psychiatric intern comes to Madhouse where mysterious murders take place and has an unexpected twisted ending as psychiatric intern turns out to be a split-personality-disordered person with a killer second personality. Movie also has some cell for the most dangerous psychopaths. I don't remember whether the cell is in the basement or not but is too dark. The male lead has a beard too. 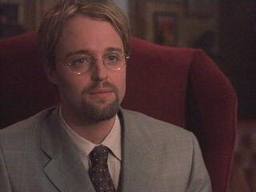