How much did Owen and Beru know?

Through the first 8 Star Wars episodes, we only see two sets of scenes with Uncle Owen and Aunt Beru.

In A New Hope, Owen tries to dissuade Luke from consorting with Old Ben. We get a sense that he at least knows Ben's true nature. No other reference to Luke's relationship to Anakin is explicitly referenced in this film.

In Revenge of the Sith, we see baby Luke get adopted by Owen and Beru. But it is unclear how much they are told.

My question is, did Owen and Beru know that Luke was the progeny of Anakin?

As pointed out, these very well could be relatives of Anakin (although I wonder if Aunt and Uncle are token titles)

I am really wondering whether they know Luke is Vader's son.

As Napaloen Wislon mentioned in the comments, A New Hope's dialogue does suggest they knew something about who Luke's father is.

Beru: There's too much of his father in him.

Owen: That's what I'm afraid of.

In addition the 2015 Star Wars Comic Series that takes place between A New Hope and The Empire Strikes Back includes one arc that features Obi-Wan's journals and flashes back to tell a specific tale.

During these events, Obi-Wan ends up getting involved with a young Luke Skywalker, leading to a situation where Owen confronts Obi-Wan, saying that he will not let The Jedi 'warp the boy, like he did his father.' It's taken even a step further when Owen also says, 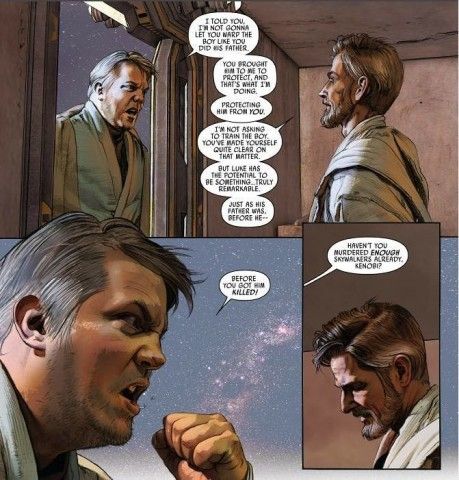 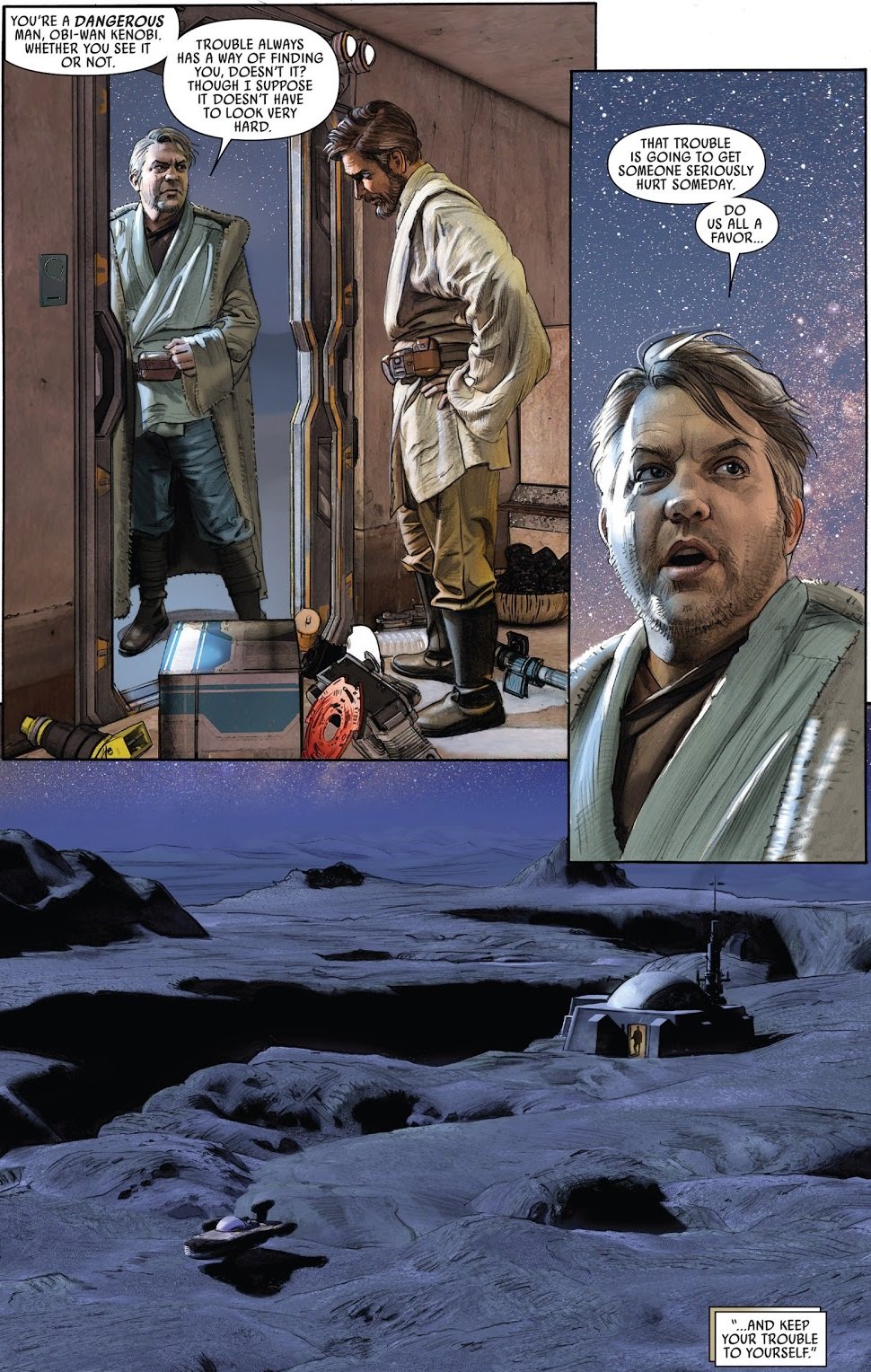 Readers can see from these passages/panles that Owen did seem to know a bit about the Jedi, that Luke's father was a "dead" Skywalker, and that Obi-wan played a role in what happened to Luke's father. If we take these lines and couple them with A New Hope's breif dialogue, it seems pretty apparent that Owen knew that Anakin Skywalker became Darth Vader.

This also may get elaborated on even further, as there is an upcoming Obi-Wan miniseries in the works for Disney+ that also takes place while Obi-Wan is exhiled on Tatooine. It's filming this summer and likely won't air until 2021.

44
How much of Star Wars did George Lucas actually write?
11
How did the Resistance know their planet was the next target?
2
How did Hub and Garth know what happened?
0
How does Morgan know so much personal information about strangers?
17
How did DJ know this?
7
How did Rita and Deb know each other?
3
How does everyone know so much about the Tesseract?
8
What did Uncle Owen want with an R2 unit?