How did they end up with the name “Night Monkey”?

In Spider-Man: Far From Home they called Spider-Man's stealth suit Night Monkey and that term got so famous that we ended up getting a trailer from Sony titled Night Monkey later:

But how did they end up with this name? Is there any comics inspiration or something?

The name "Night Monkey" is purely created in the movies. There is no comic book character with that name.

Night monkey is a species of monkey which is nocturnal in nature. It has big eyes which helps improved eye sight at night. Spider-Man here was also saving people at night. So this could be the inspiration. Owl Monkey doesn't sound nice. Batman is another universe. 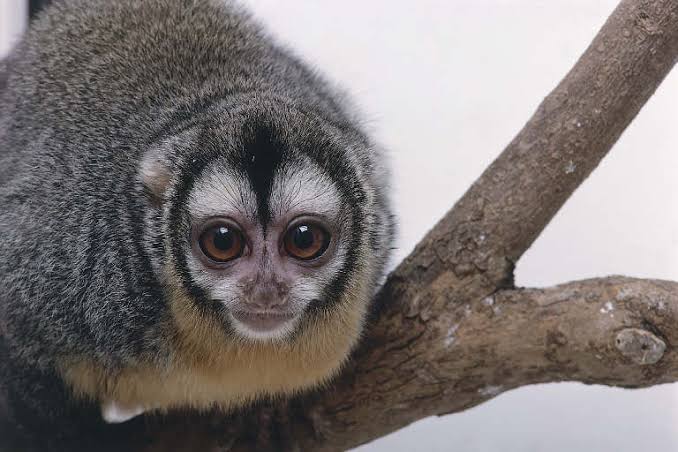 The idea behind giving Peter Parker a new costume is hiding his identity as Spider-Man. If he goes by the name Spider-Man, it would be a giveaway of his identity. So Ned tells Betty he is a a new hero named Night Monkey saving European people.

From Screenrant, which explained the origin of Night Monkey:

One of the reasons Peter Parker (Tom Holland) is reluctant to work for Fury in Spider-Man: Far From Home is because having Spider-Man suddenly appear in Europe at the same time as him would be too much of a giveaway about his identity, which is why he gets the new stealth suit. However, since his powers and general look remain the same, it's not long before people are picking up on the presence of a hero similar to Spider-Man, which is where Ned (Jacob Batalon), Peter's man in the chair, comes up with the new moniker.

He initially tells Betty (Angourie Rice) that it's not Spider-Man, but rather Night Monkey, a cheap European rip-off, who is running around Berlin and the Netherlands saving the day, and rather surprisingly the name really begins to take off, which leads to some great gags in Spider-Man: Far Far Home.

Not the answer you're looking for? Browse other questions tagged character marvel-cinematic-universe spider-man-far-from-home .

4
Was the “Dr Mann” they meet on the planet a transhuman version of KIPP and Mann?
30
When is Doctor Strange actually set?
8
Why does John Reese mostly wear a suit
15
Why was Peter Parker's passport censored in the trailer?
8
Does Captain Marvel get her MCU name from Peter Parker?
42
Why did Spider-Man take a detour to Dorset?
16
Why did they avoid parodying Martian Manhunter?
2
What is the material of Spider-Man's “Night Monkey” suit?