Why is there a Cyrillic writing inside the Rocinante spaceship?

I'm watching season 4 and this details caught my eye. Is there an in-universe explanation as to why there is a Cyrillic/Russian text inside the Rocinante space ship as seen on this screenshot from the s04e01 (timestamp 28:31)? (the text says "be careful"). Was the Roci in a Russian division of Martian Military ship or something? Cos of all factions, I would expect military to apply the standardization the most. 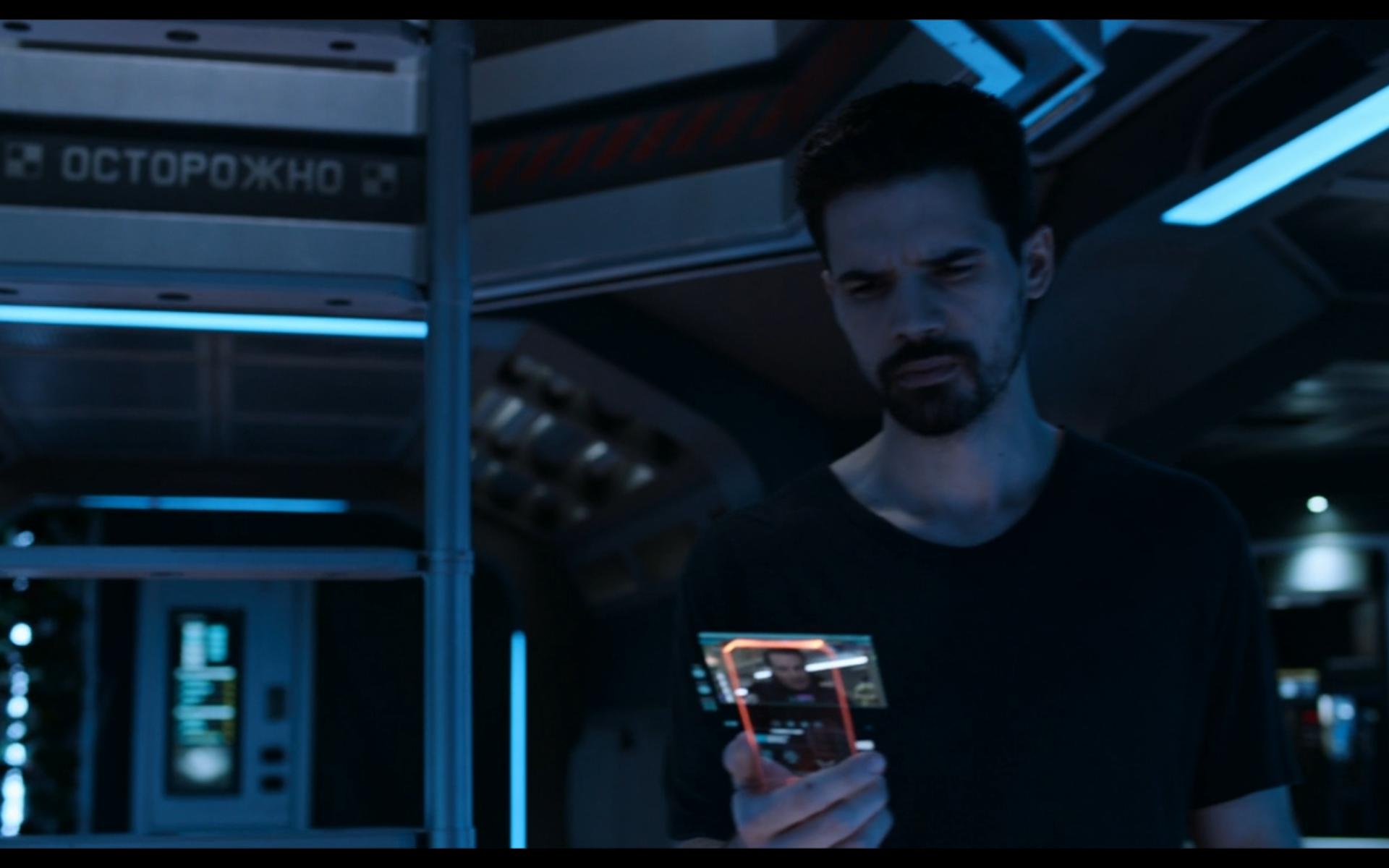 I've only watched 1 1/2 seasons, but I think I've seen enough to form a good answer.

Throughout The Expanse, there are multiple occasions where you might hear an English version of something, and then that same phrase in another language. Just from memory, on Ceres you can hear Creole and Hindi spoken at different times, and probably others that I didn't catch.

All of that is to say that most places in The Expanse have more than one language. English might be the primary language of the show, but MANY characters incorporate at least parts of other languages in their day to day. This is part of the world building that human expansion was decidedly NOT just Americans or English speaking countries, but humanity as a whole.

So to me, it's no surprise to see other languages on a Mars ship, as other cultures besides just America were a part of the terraforming project.

Not the answer you're looking for? Browse other questions tagged the-expanse .

11
Why did Fred Johnson say the crew of the Rocinante was no longer welcome on Tycho station?
23
Why is water so scarce in “The Expanse”?
10
Why didn't this ship defend itself in The Expanse S03E05?
4
The attack on Donnager: why are the attackers risking their lives for this mission?
12
Why hasn't the MCRN done anything to get the Rocinante back?
14
Why was the Expanse cancelled and then picked up by Amazon?
1
Why could this actor on The Expanse not simply be replaced?