How can this headline from Crisis on Infinite Earths be true?

This question was prompted by discussion here.

In Supergirl S05E09, the first episode of the Crisis on Infinite Earths crossover, there is a brief scene set in the universe of the Tim Burton Batman films, featuring the character of Alexander Knox: 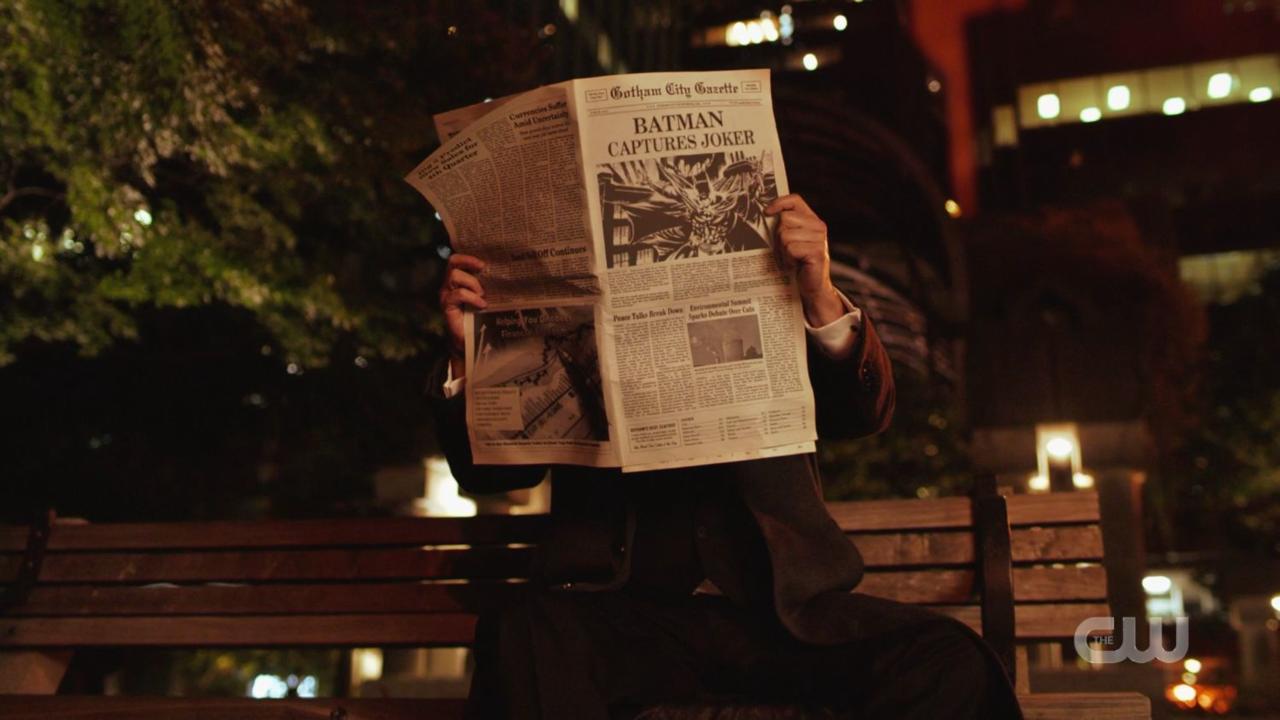 The headline of the newspaper Knox is reading proclaims: "Batman Captures Joker". But I don't see how that's possible, because this universe's Joker fell to his death at the end of Batman (1989).

How can this headline be correct? Is it a retcon? A different Joker than Jack Napier? Or just a simple production error?

In the comics they had announced that there wasn’t just one Joker, but rather that there were three. Jack Napier was only one of the three. Also, to true comic book form, the Joker never really stays dead. It could be a simple slip up in writing but I doubt they (producers directors and even prop designers) would have made such a huge mistake, let alone focus on it in such a way.