Whom does this trophy belong to in Batman's collection during Crisis part two?

In Batwoman S01E09 (Crisis on Infinite Earths), we go to Earth 99 Gotham City where Batman is a ruthless killer and keeps trophies of his kills. We can easily identify: 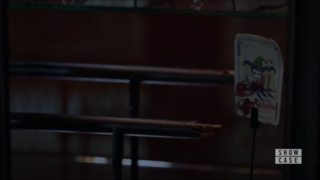 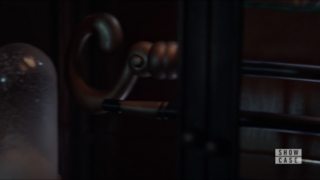 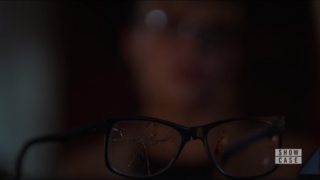 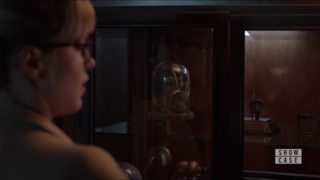 Superman and Poison Ivy on the left. But what is after it that switch/handle like thing on the left of Clark Kent's glasses? 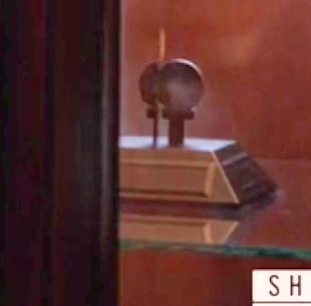 I didn't thought that before myself, but this video suggests:

It's Two-Face's coin and seems legit to me.

The helmet to the far left of Clark Kent's glasses could be Mr. Combustible's helmet. It has the general shape of his lightbulb-helmet, and doesn't look like it'd be Mr. Freeze's because of the coloration. Still a possibility, though, because the lighting in the scene is quite low.

The object to the immediate left of Clark Kent's glasses looks to be a splinter of wood to me, which would likely belong to The Ventriloquist's puppet Scarface. Less likely is a splinter of another ventriloquist Shauna Belzer's doll Ferdie. It alternatively looks like it could be a needle, in reference to Scarecrow's needle gloves (a la Freddy Kreugar) he dons in multiple incarnations.

Not the answer you're looking for? Browse other questions tagged character arrowverse batwoman .