What are the different universes mentioned in Crisis on Infinite Earth?

In Supergirl Season 5 Episode 9, which is the first episode of Crisis on Infinite Earths, we see different Earths in which I can recognize Titans and the different Earths of Arrowverse like Earth 1, Earth 38, and Earth X.

Tim Burton's Batman films are represented in one quick cameo, which confirmed it as Earth-89. Danny Elfman's familiar Batman theme plays as the Bat-Signal burns bright in the red skies over Gotham City. This is observed by a man in a trench-coat and fedora, who mutters "I hope you're watching, big guy." The observer is reporter Alexander Knox (Robert Wuhl), who was the first to report upon The Joker's crimes in the 1989 Batman movie. 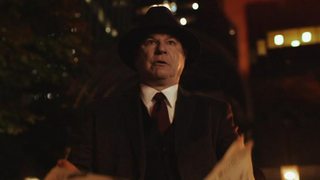 We briefly see red skies over Titans Tower in San Francisco, before being treated to close-ups of a disturbed looking Hawk (Alan Ritchson) and an upset Jason Todd (Curran Walters). 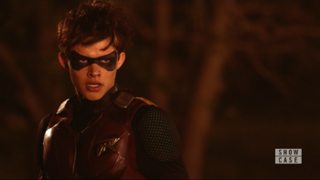 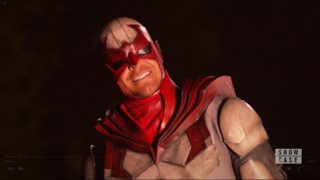 One of the first cameos confirmed for Crisis on Infinite Earths was Burt Ward, who played the Dick Grayson Robin on the 1966 live-action Batman series alongside Adam West's Batman. Ward's cameo is short and sweet, as we see Dick Grayson walking a dog while wearing a red sweater with yellow and green trim suggesting the classic Robin costume. Suddenly, the skies turn red and sinister, prompting the former Boy Wonder to shout "Holy Crimson Skies Of Death!" It isn't a big scene, but it is enough to confirm the 1966 Batman show as the Earth-66 of the Arrowverse. 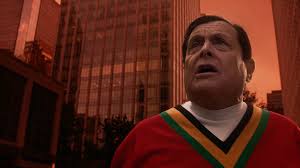 With the Ray, evil Arrow and Supergirl, part of older crossover. 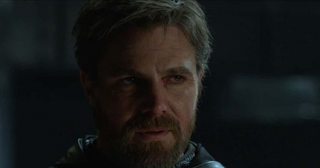 Jonathan Kent (Superman's son) landed there by mistake. And it was prominently featured before in Legends of Tomorrow season 1 with a dark future of Earth 1 heroes in 2046.

Mentioned by Oliver (didn't appear) which got destroyed in Arrow season 8 with a single survivor Laurel Lance. 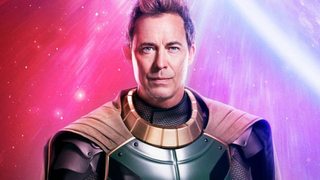 Nash Wells aka Pariah belongs to this Earth, he freed the Anti-Monitor. His Earth does not appear nor is it mentioned directly or numbered yet.

Batman (Kevin Conroy) has retired and can only move thanks to an exoskeleton.

Superman (Tom Welling) has given up his powers and is now living with his family Lois Lane (Erica Durance) and his daughter on the Kent farm.

Location of the Lazarus Pit. (with Jonah Hex cameo)

From Crisis Episode 3 (The Flash)

New Gotham with the Birds of Prey

Home to the the Titans

Home of The Swamp Thing

Earth-96 was inspired equally from the first five Superman movies and the classic graphic novel Kingdom Come. It was named in honor of the year in which Kingdom Come was first published - 1996.

Previously Earth-1, now apparently a combined Earth which is home to:

6
How to be ready for the ongoing crisis?
4
Did they reuse Titans scene for Crisis?
1
Episodic chronology of Crisis on Infinite Earths
6
Every Character and show referenced in Crisis On Infinite Earth?
8
Where does Elseworlds fit into Batwoman chronology?
4
All the casualties of the Gas attack on Superman Return universe hinted in crisis
9
How can this headline from Crisis on Infinite Earths be true?
3
Who are these characters on Earth 2?
6
Why have Doom Patrol and Titans been broken up into separate continuities?