Why the highlighted outline in animated cartoons?

I've often seen in animated cartoons like Doraemon or any other anime that an object in the background that is about to move or do some movement is highlighted explicitly. Which makes it easy to predict that something is about to happen to the highlighted object. What is the reason for this? 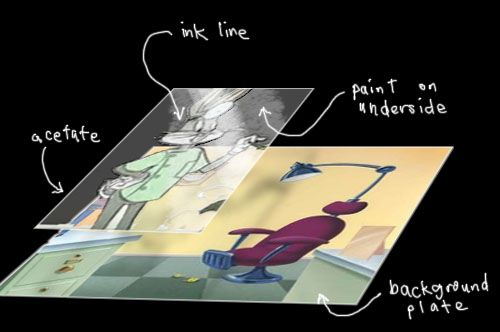 Not the answer you're looking for? Browse other questions tagged production animation .

6
What is the rationale behind the choice of animation style for The Clone Wars series (2008-2014)?
5
What do sitcom car rigs look like without effects?
62
Why were mouse holes often represented in cartoons and movies like this?
8
What's the production process for songs for Disney animated musicals?
34
Was "Ralph Breaks the Internet" the first Disney production to feature computer-animated renditions of these characters?
4
Why are superhero animated movies not made with the same level of graphics as pre-rendered videogame cutscenes?
15
What is it called when a static image is used to texture a moving object?