Were the upside-down airplane passengers played by extras or by stunt people?

Typically in movies, most of the passengers on an airplane are played by extras. A few will be cast or costumed to be a "type", and some may have lines and get paid more, but most are just poorly-paid seat-fillers who are cast to look like unexceptional travelers.

In the 2012 movie Flight, Denzel Washington famously turns the plane upside down to avoid crashing. During that amazing sequence, all the passengers are shown hanging upside down in the inverted cabin. My question is whether all of those people were stunt actors (which would have significantly increased the cost of the flying sequence since there were so many of them), or were they untrained extras (who would have been paid a lot less, but could have gotten hurt because of the unusual conditions).

It's worth noting that extras in movies "fill seats" on roller coasters and other wild amusement park rides. It seems as though the inverted airplane set in Flight could have been just as safe as a roller coaster.

There's nothing definitive but the number of people credited with "stunts" at IMDB would seem to indicate that these were, in fact, stunt actors.

The additional cost is probably marginal given that they'd probably only be required for a single scene probably shot in a single day.

The scenes showing general turbulence were filmed in a complete aircraft fuselage but the inverted scenes were filmed on a much smaller piece of equipment with room for only a few "passengers" ...the rest is greenscreen work. 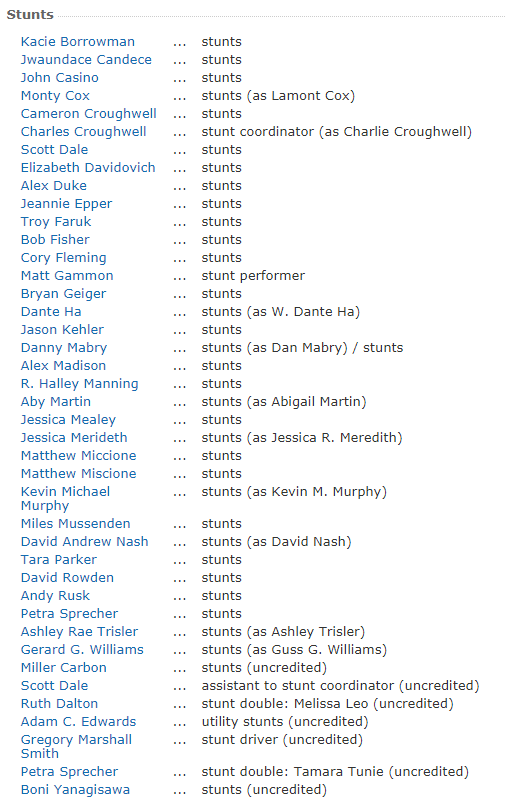 Not the answer you're looking for? Browse other questions tagged production casting stunts flight .

9
Why were two people — a body double and a stunt double — used for a character who barely appears in “The Mandalorian?”