Is it common for an author to get an executive producer credit when they are deceased?

The Tom Clancy estate has continued to market books with his name displayed prominently relative to the actual author, so I'm curious if this is an exception that was made in the same vein.

For example, this book was written by a different author 5 years after Clancy's death. 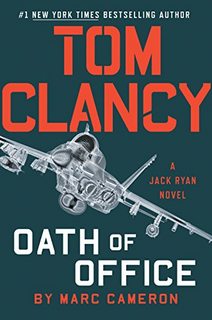 Is it common practice to award the deceased author of a character an executive producer credit on the character's TV Show or Movie? If not, have Amazon or the Clancy estate explained the reasoning?

Is it common practice to award the deceased author of a character an executive producer credit on the character's TV Show or Movie?

But that's not exactly what is happening here.

The "Tom Clancy" referenced is not the "person" Tom Clancy but rather his estate without whom the series could not be made. They just reference Tom Clancy as "shorthand" for the Estate, probably for aesthetic reasons rather than legal ones.

Typically, Executive Producers are not involved in the technical aspects of the filmmaking process, but have played a crucial financial or creative role in ensuring that the project goes into production. There may be several Executive Producers on a film who may take the lead role in a number of areas, such as development, financing or production.

In this case, the series could not have been made without the permission (and payment to) the estate of the late Mr Clancy hence the relevant credit is attached.

The rights to the usage of "Jack Ryan" as a character are subject to litigation at present between the Estate and Mr Clancy's widow and more can be found here.

Not the answer you're looking for? Browse other questions tagged credits film-industry jack-ryan-tv .

32
Why didn't James Earl Jones get voice over credit for Star Wars?
3
Confused About Translators' Philosophy When They Create Subtitles And Dubbing For Movies
4
When someone is shown via a photograph/prop, but they don't do any acting, how are they credited?