Are there "fewer independent theaters than ever"?

It’s a perilous time in film exhibition, and there are fewer independent theaters than ever...

this being one illustration of the author's point that formulaic and highly market-engineered franchise films that draw huge audiences and consume a large fraction of all available screens are making it difficult to get, for the lack of a better term, artistic film from big-screen time, and pushing it to the streaming world.

Of course literally speaking "fewer... than ever" can't be true, since several hundred years ago there were zero.

Question: But is there data available on the number of independent theaters or screens over time, and does it show that the number, either in the US or worldwide, is in decline?

In general this is probably true

"Independent" (see below) theaters (chains) are less likely (for economic reasons) to be able to switch to digital projection as is now required by current practice.

The practice of projecting movies onto a screen via 35mm film reels is no longer the norm, as digital methods prove simpler and more versatile. As a result, the number of analog movie screens in the U.S. has dwindled whilst digital screens (including 3D) take over the market.

However, the term "independent" is somewhat vague.

The term “independent” is a flexible one. NATO (National Assocition of Theater Owners) defines it as a theater or theater chain that has 75 screens or less.

Overall, very small cinemas did decline for a while but have started back on the rise. 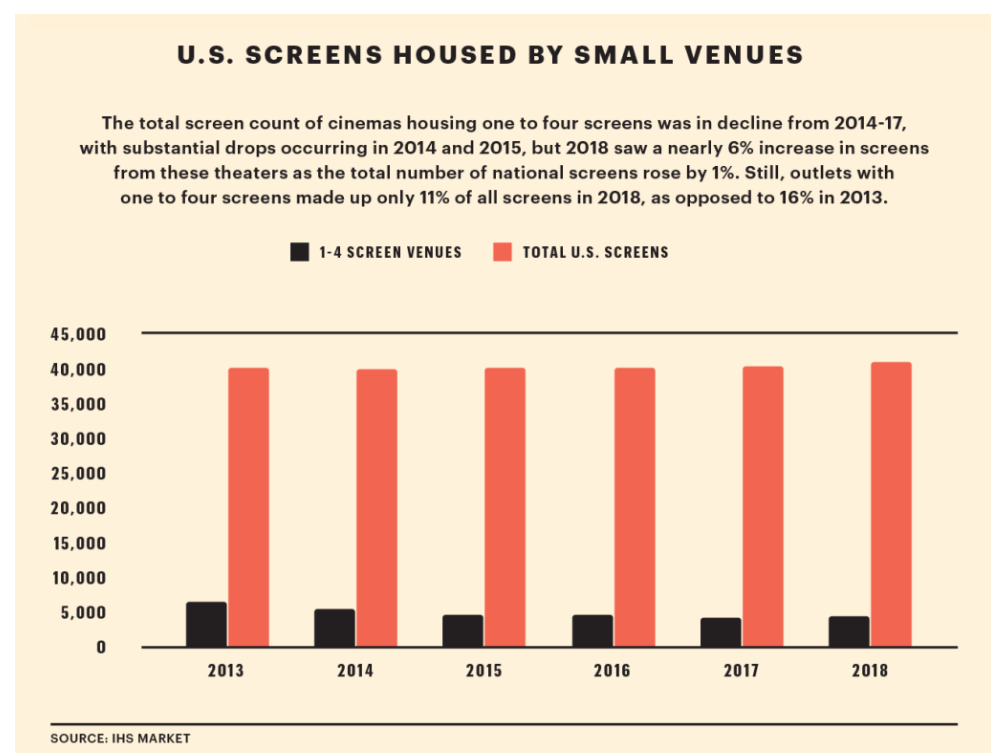 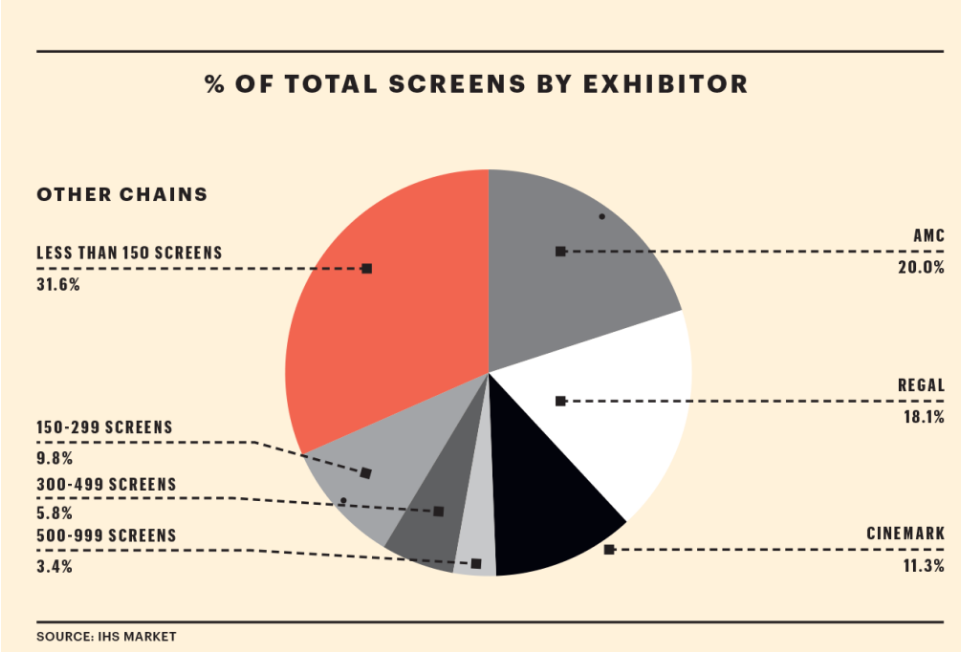 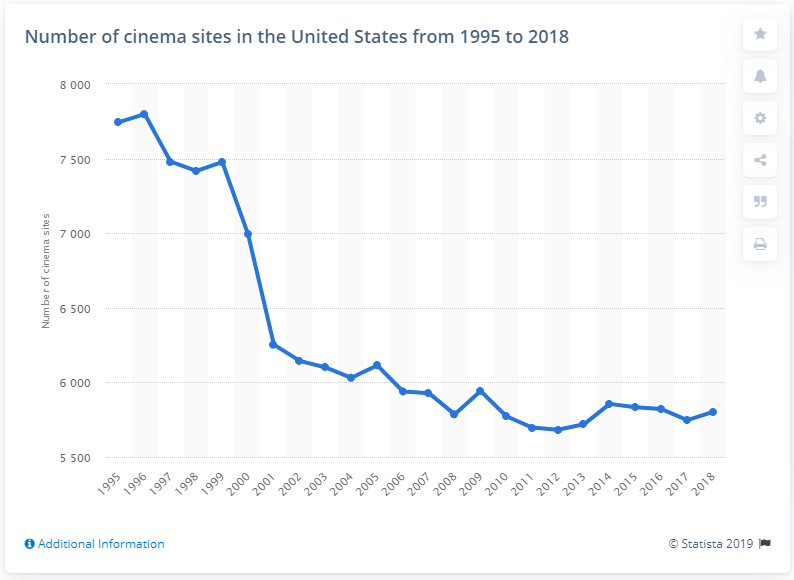 The number of actual screens though has seen a general increase since the late Eighties but has been relatively flat for the past few years. 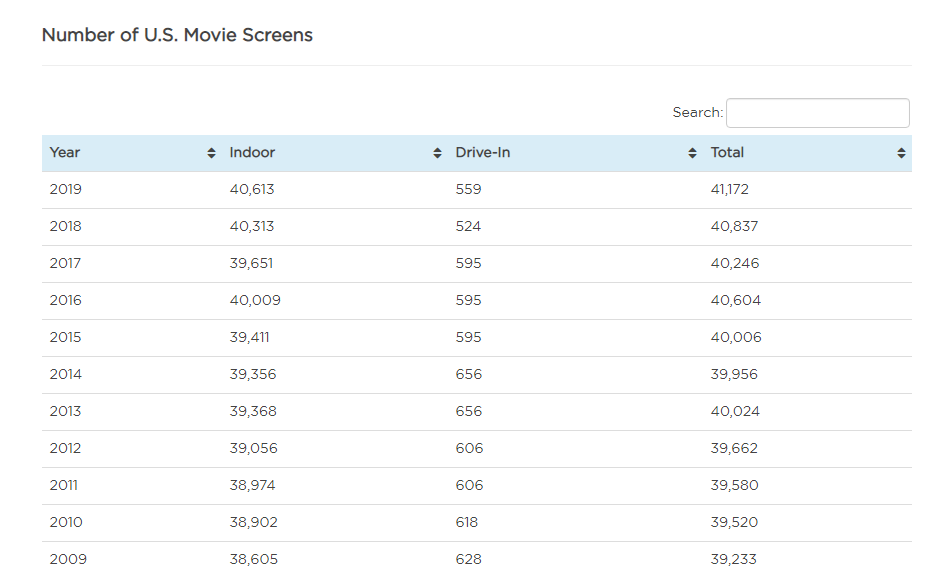 11
Why are not all IMAX theaters domed?
11
Are there any global standards to identify a movie?
15
Why are there lines missing from the Netflix versions of Buffy?
3
Why there are such big time gaps between airing the episodes of "Lucifer"?
2
Are there any definitive reasons why most online libraries won't stream movie to computers in 4k resolution?