I always wanted to know how holi scenes with slow motion get captured. Is it purely a slow motion or is it CGI or any other technique?

Below are some screenshots to demonstrate the effect: 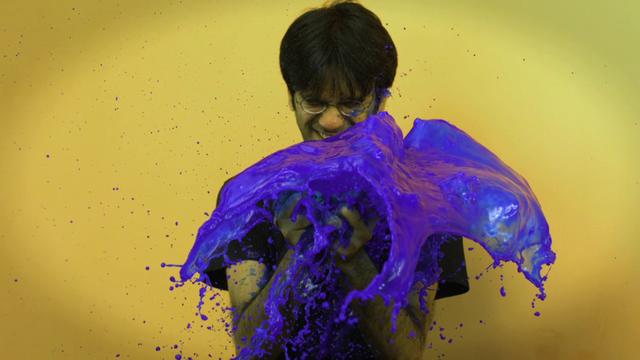 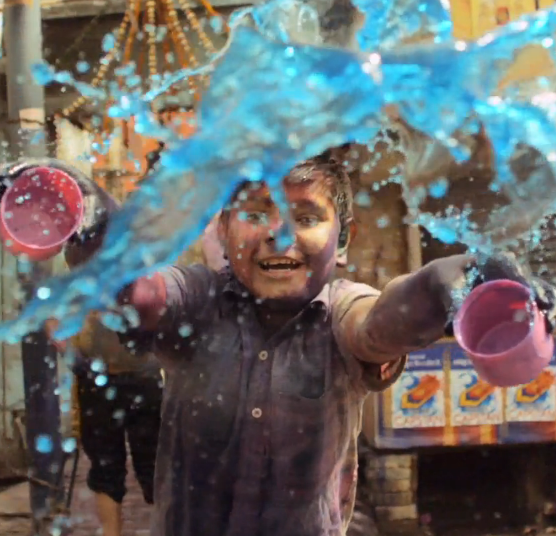 (These pictures may not belong to any movie)

They not only use slow motion for liquid colour but also for powdered colour.

These types of shots are achieved using a high-speed camera, as alluded to in the comments preceding your question.

Newer technology has allowed filmmakers to shoot with digital cameras that can record between 2,000 to 5,000 frames per second - subsequently when the film is played back at a standard 24 FPS or 30 FPS the result is super slow-motion.

There are a number of films that utilize this technique, and a handful of TV shows including Spartacus, but the best examples of the filming technique can be found on the show Time Warp.

Check out this link to the Time Warp site for some amazing video examples.

14
Was this movie the first usage of screen projection?
14
Walking around someone who is moving in Slow Motion?
8
How slasher scenes get shot?
12
Why are movie scenes shot with green background?
10
Camera technique where crowd moves fast around a stationary character?
3
How are the airplane scenes shot in movies?
5
How are helicopter scenes shot in TV/Film?
10
How do they film continuous blood pooling?
3
How/why was the slow motion coin shot achieved in Scrooged?