What is the name of this medical practice?

In the movie The VVitch, Caleb returns to his family after being seduced by a witch.

Then he receives a cut into his right temple to allow bloodletting, what is the name of this medical practice? 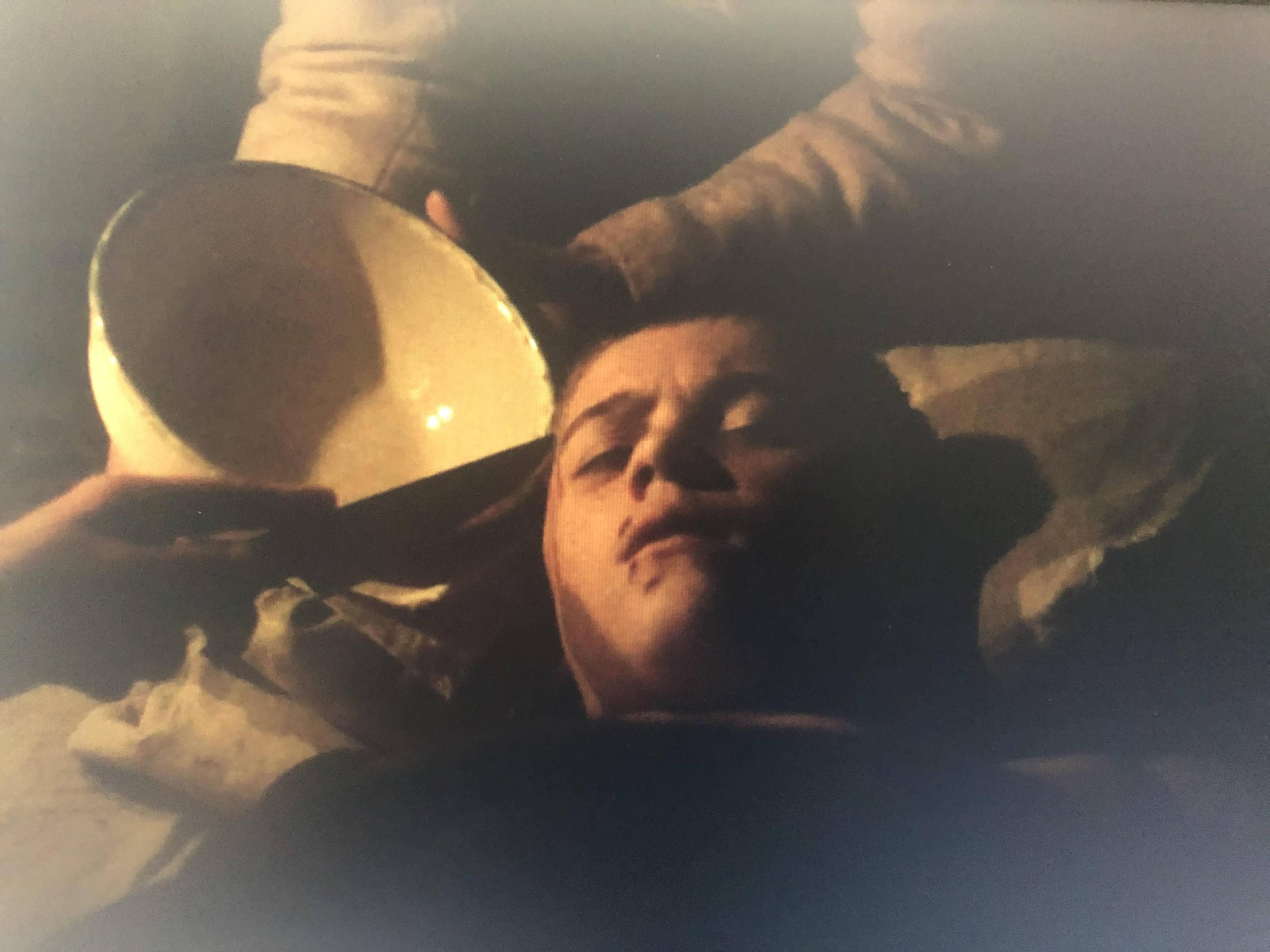 Like you said, it's a practice known as bloodletting. Using a sharp object you do an incision or a puncture in a part of the body and it was thought that certain illness would be cured.

In this case, the incision or puncture was done in the temple and it was expected to cure Caleb's fever, I believe.

As for medical terminology, if the blood is drawn from a vein is called phlebotomy or venesection, if it's from an artery (like it's the case here with the temple artery) is called arteriotomy, and scarification if it's from a superficial blood vessel. 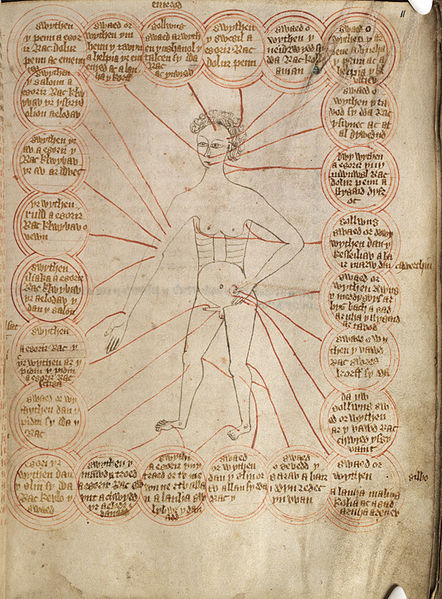 Bloodletting was constantly used back in medieval times as answered above. There are modern connections especially in phlebotomy 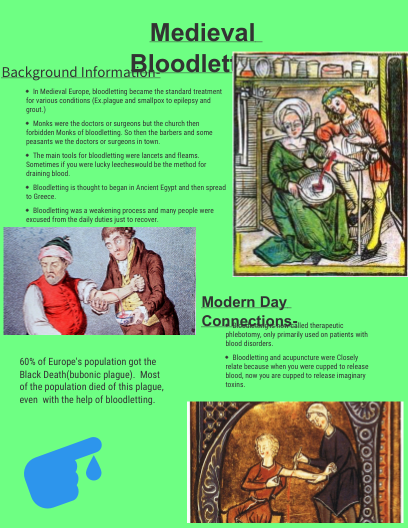 Not the answer you're looking for? Browse other questions tagged realism the-witch .

10
How realistic is the brainwashing shown during Season 3 and 4?
27
Terminator Haircut Change
4
In movie production, what exactly happens on the other side of phone calls?
5
Why does this character look like this after the treatment?
4
Why does Himiko's face deteriorate in Tomb Raider?
11
Contempt of court in “Roman J. Israel, Esq.”
3
Exactly what kind of illness/disorder was Arthur suffering from?
0
In Rocky IV how does the Creed vs Drago fight go on?