Was Joker just a big dream Arthur was having?

So I noticed something while watching the movie and later saw online that a few people noticed it too.

During multiple instances in the movie, the wall clock shows the same time. Around 11:11. 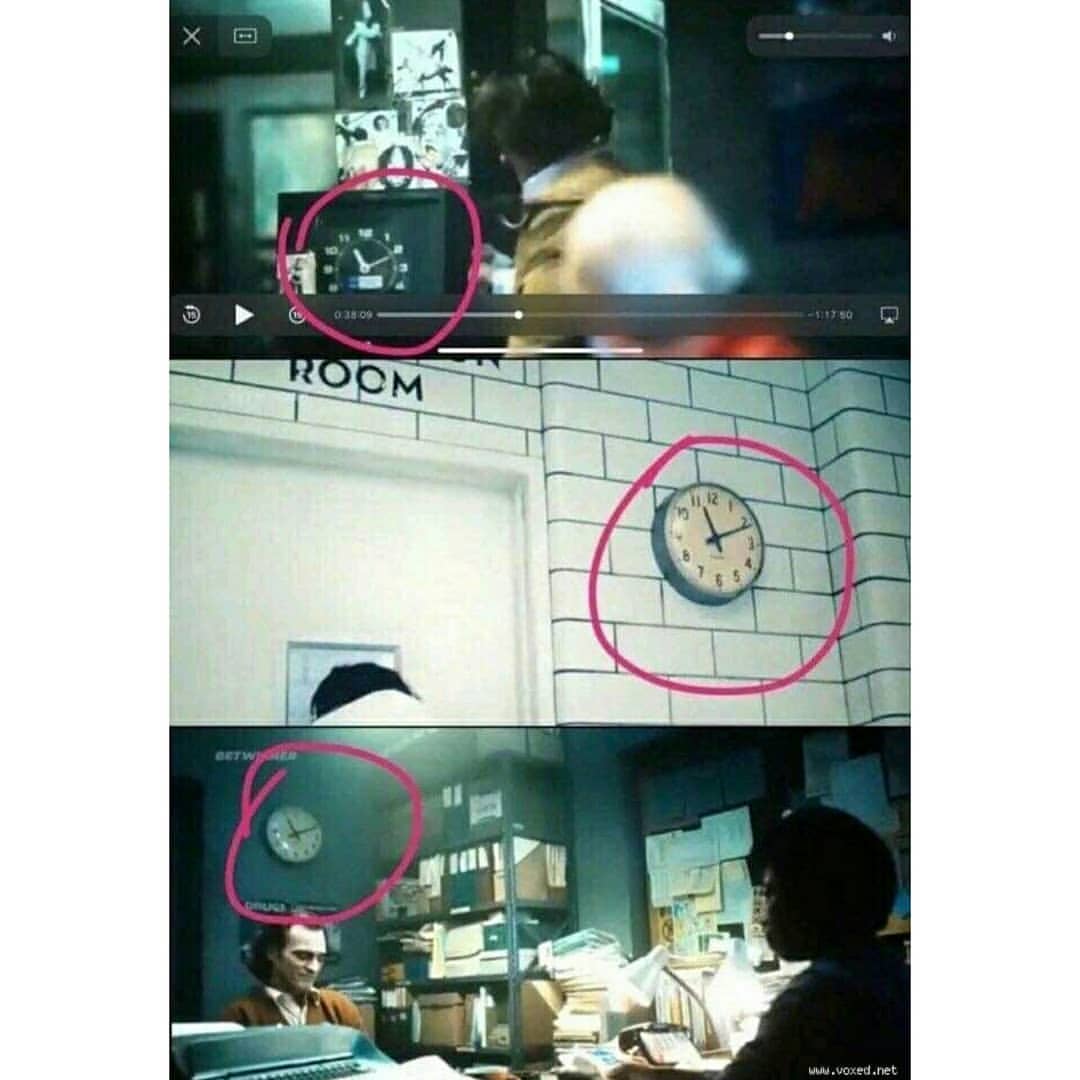 Could that just be a coincidence? Or if not, the time being same would mean Arthur was dreaming all along, where he was living all those moments in a dream and the time stood still.

I read that Jeremiah 11:11 verse in bible had a significant message related to spiritual awakening.

Could this be related? Could Arthur be having illusions and dreams and none of it all happened in real life?

To answer your question: possibly but doubtful. From what we've seen Arthur liked to imagine/hallucinate about good things happening to him like

We can probably safely assume that all the key elements of his transformation into the Joker, like

killing the guys on the subway, murdering his mother and Murray on the show

were real. There is nothing "good" about them for Arthur, it is not a fantasy that he would like to escape to.

Actually, it is ambiguous whether Arthur is hallucinating at all or just daydreaming: he seems to be fully aware that Murray didn't hug him and he is not overly shocked when his neighbor barely recognized him.

Now, regarding the clocks: this looks like another shot-out to 2004 movie The Machinist. There are few others: 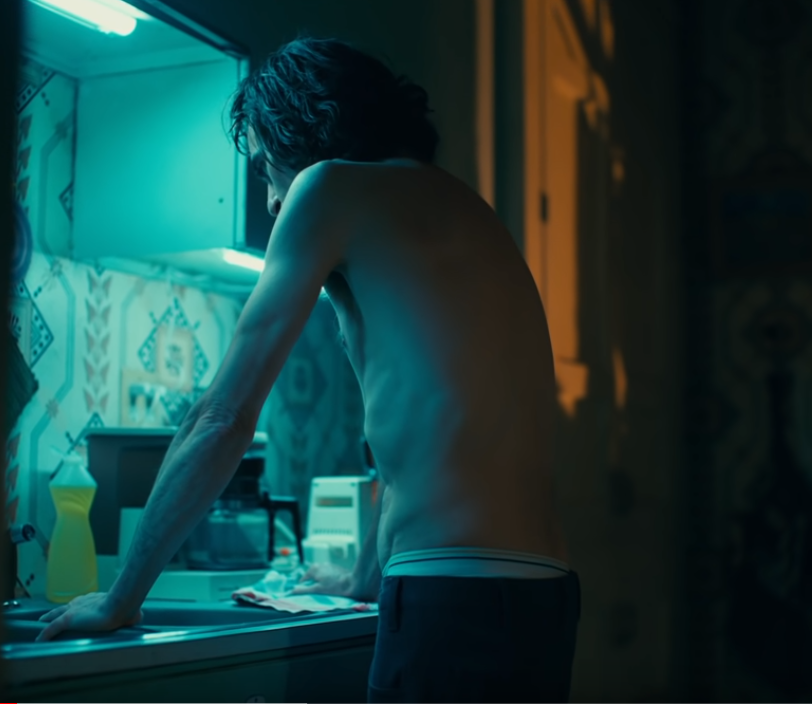 (There are similar scenes in the Joker movie with Arthur sitting half-naked on the couch, but I couldn't find them - here is an article describing his weight loss issue - he has lost 52 pounds, while Christian lost over 110)

I've always heard about the time displayed by clocks in a movie having some kind of meaning. They are after all scenario pieces that can be controlled and used to convey some kind of message. But I haven't found any analysis about the theme on a quick search.

That being said, clocks are usually portrayed in advertisements with a display set to 10h10min. Which is usually meant to showcase the clock hands without obstructing the company's logo mark. I'd say the 11h11min is meant to convey the message that "something seems off here".

I've once seen an interview with a director who mentioned he had been asked by a fan on why every clock in his movie displayed the same time, he refused to answer, with the mysterious "what do you think is that?". Recalling this, I believe the correct answer, rather than some deep meaning is simply: To make continuity easier. Think about it: If every clock is stuck at some given time, then no matter if you take a whole day or week to shoot a 5 minute scene, you don't need to rewind clocks all the time, nor do you need to add their time with CGI in post-production. So this is a good policy for a low-budget/low SFX movie.

The "everything was just a dream" is a very cheap trick I've only seen either on children's cartoons or in fan fiction. In the former case, this is meant to avoid consequences while allowing the writers to break the rules and continuity requirements of a show. In the latter case, I've seen this both as an allowance to tell a story that doesn't cause actual changes or to disturb the notion that the show/series establishes (Rugratz theory comes to mind). So either poor writing or intentional creepypasta are the usual contexts for stating that "everything was a dream".

Granted, some comments mentioned a few instances where something alike to a "dream sequence" provides a plot justification/explanation or context to very respectable works.

After watching Joker once, we notice that Arthur Fleck is the POV character, and thus also a narrator, and a non-reliable one for that matter. So, big parts of the happenings stand on shaky grounds after being conveyed to the audience from the perspective of Fleck.

That being said, the final cut does an explicit recap at some point in the movie showing the corrected versions of some circumstances without Fleck's distortions. From that example, I would infer that Fleck's delusions are not that distant from reality. And the daydreaming sequences are also well pointed and bluntly disconnected from the flow of the story.

The fact that the sequence of events depicted in the story as actual events are cohesive and consistent enough, I'd interpret that they're real (thus not a dream), but suspicious and distorted by Fleck's flawed interpretation of reality.

Not the answer you're looking for? Browse other questions tagged joker .

8
What were the things Arthur was delusional about?
4
Who was telling the truth about Arthur-Penny-Thomas? Penny or Thomas?
3
Why did Randall say that Arthur/Joker tried to buy a gun from him?
28
What was the deal with the news stories about rats in "Joker"?
0
How was an anorexic Joker able to manhandle a younger, fitter Alfred?
5
Does Arthur/Joker grow more sane as the movie goes on?
4
Exactly what kind of illness/disorder was Arthur suffering from?
5
Why did Arthur not leave the train just like that girl?