Where are the other 36 children born the same day?

The S1E1 intro to The Umbrella Academy clearly states that 43 children were born on that day as "immaculate conceptions"(or however you want to define it).

Hargreaves gets 7, but we never hear what happened to the other 36.

Did he try and purchase them and was rebuffed?

Did he know they were not "special" and not bother?

On a related note; are Hazel and Cha-Cha from the 36? They seem to be able to survive incidents that would kill a regular human.

The Show didn't elaborate it much and also show is not finished yet but source material did elaborate a bit:

Below is the graphic image of one kid's birth with the text "...the ones who survived" (suggesting some died too): 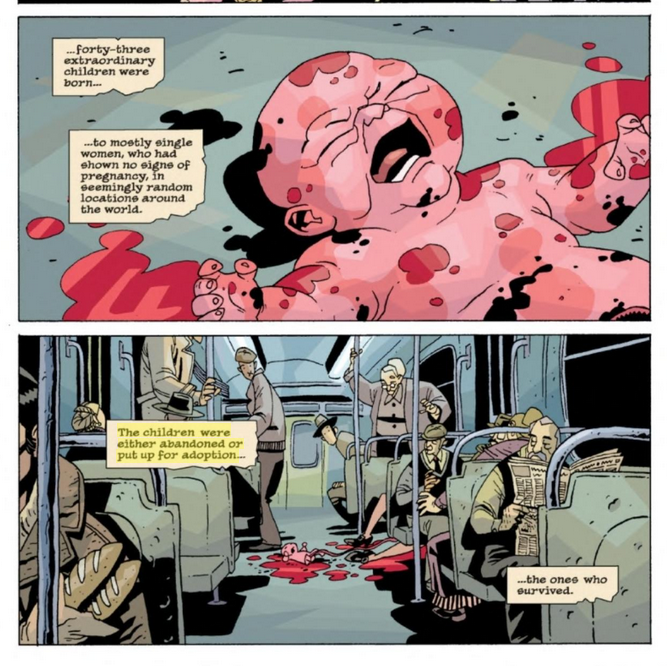 Also in from another panel: 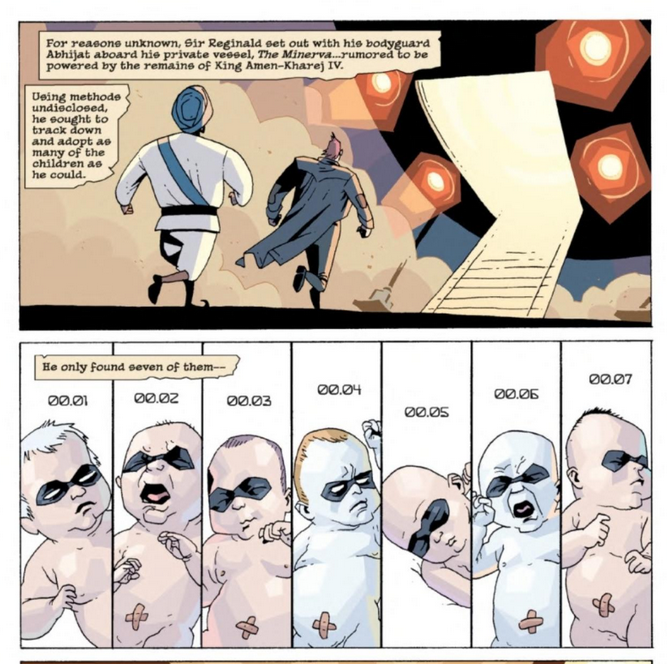 This shows that Hargreaves tried to adopt as many as he can but he got only seven.

So there is a possibility that rest also died or never developed power or say hidden.

TV Guide asked Steve Blackman, the showrunner, and Gerard Way, the author of the comic, about those other children. They simply said this was a good question that they couldn’t answer.

Not the answer you're looking for? Browse other questions tagged plot-explanation the-umbrella-academy .

5
Where are the dogs in Titanic?
9
How was the baby born in the start?
6
Where are the spoons?
30
Are there any other wardens like Ned Stark?
1
Why are the children disappointed to see that Dory is alive?
6
Why are all of Mr. Shirley's gifts the same?
5
How could Draco be using his mother's wand, if she lost her wand the same day as him?
14
Why are all people not affected in the same fashion?