What is that fight move where one hammers both sides of someone's head? [closed]

There's a fight move in film and TV where one person uses both hands, usually as fists, to strike both sides of their opponent's head simultaneously. This is almost always portrayed as a special move, the fight scene slowing to an exaggerated swing of both arms and the opponent barely reacting. The most famous example is probably from a brawl in the 2009 film Sherlock Holmes showing off the detective's conscious planning and narration of his fights; the move occurs when he says "discombobulate."

I get that choreographed fights are full of flashy impractical moves, but I don't get why this one shows up so often. Does it have a name? What is it supposed to accomplish compared to a slap or a right hook to the same part of the face? 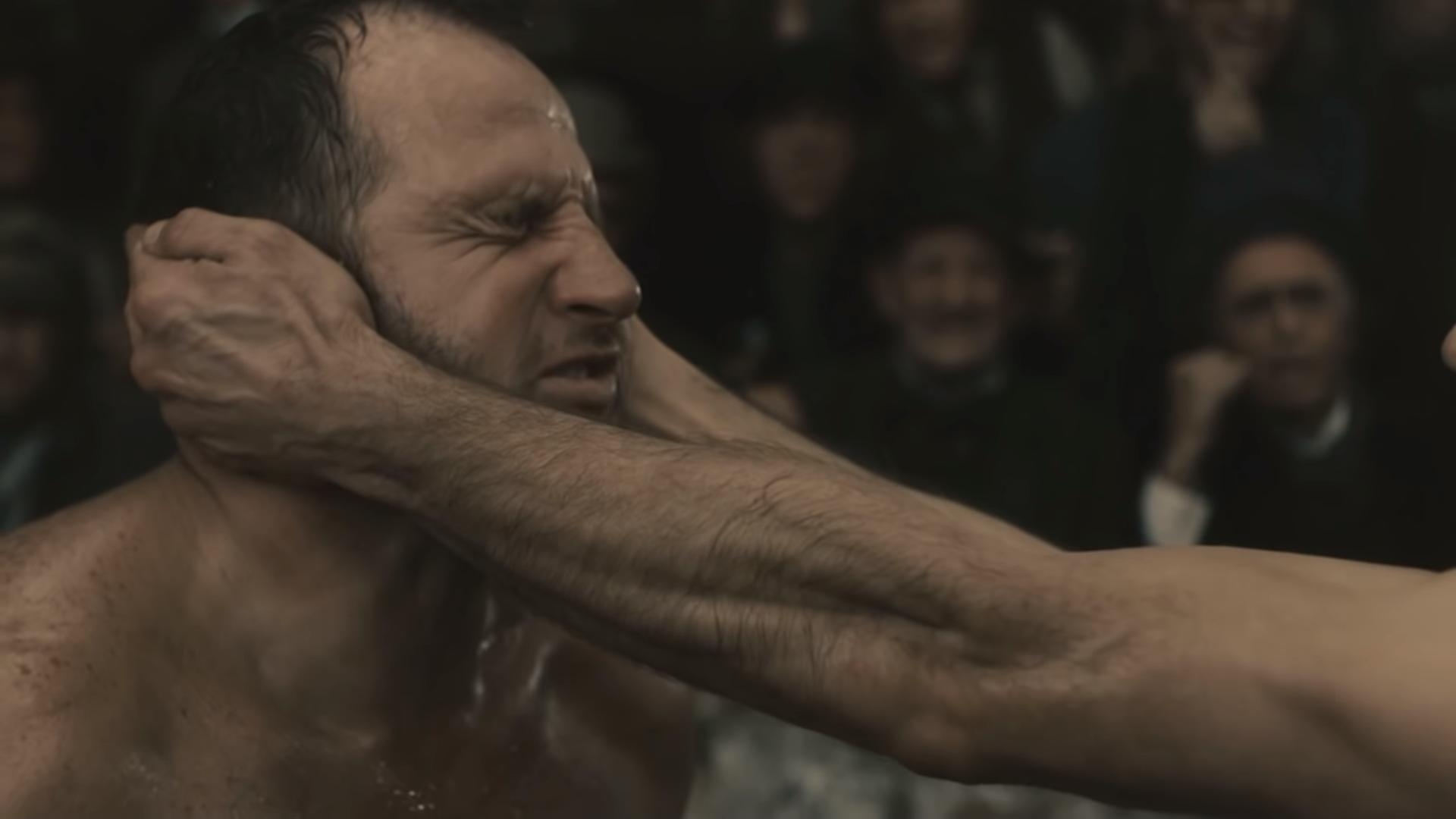 Does it have a name? What is it supposed to accomplish compared to a slap or a right hook to the same part of the face?

It's commonly known as the ear clap, double ear clap, or thunderclap strike.

It's a hand-to-hand technique that's meant to rupture the eardrum(s) of the opponent (which is of course painful) and disorient them (ears ringing, possible loss of balance, sharp pain, etc.).

Although it's popped up from time to time in training books and films, generally speaking, there are more effective strikes that fighters practice/use instead.

The most famous example is probably from a brawl in the 2009 film Sherlock Holmes...

Actually I'd say the most famous example of this strike being used in film is when Captain Kirk fought Gorn:

Not the answer you're looking for? Browse other questions tagged trope martial-arts .