In the underground tunnel scene where Bane and Batman fight, Bane has some odd texture covering the skin of his arms, mostly around the shoulders and upper arms. It almost looks like dry and cracked clay, or perhaps like fake skin that's peeling.

My best guess is that it's dirt or filth caked-on from the sewers. But it seems like such an odd and distracting prosthetic to add (IMHO), I wonder if there's more plot-like reason to it than meets the eye. I can't imagine Nolan would let a misapplied prosthetic slip by so noticeably, and at such a pivotal scene.

On the other hand, maybe it's intentionally supposed to add to the unsettling "grittiness" of the scene, like the harsh lighting of the scene (as explained in the extras). 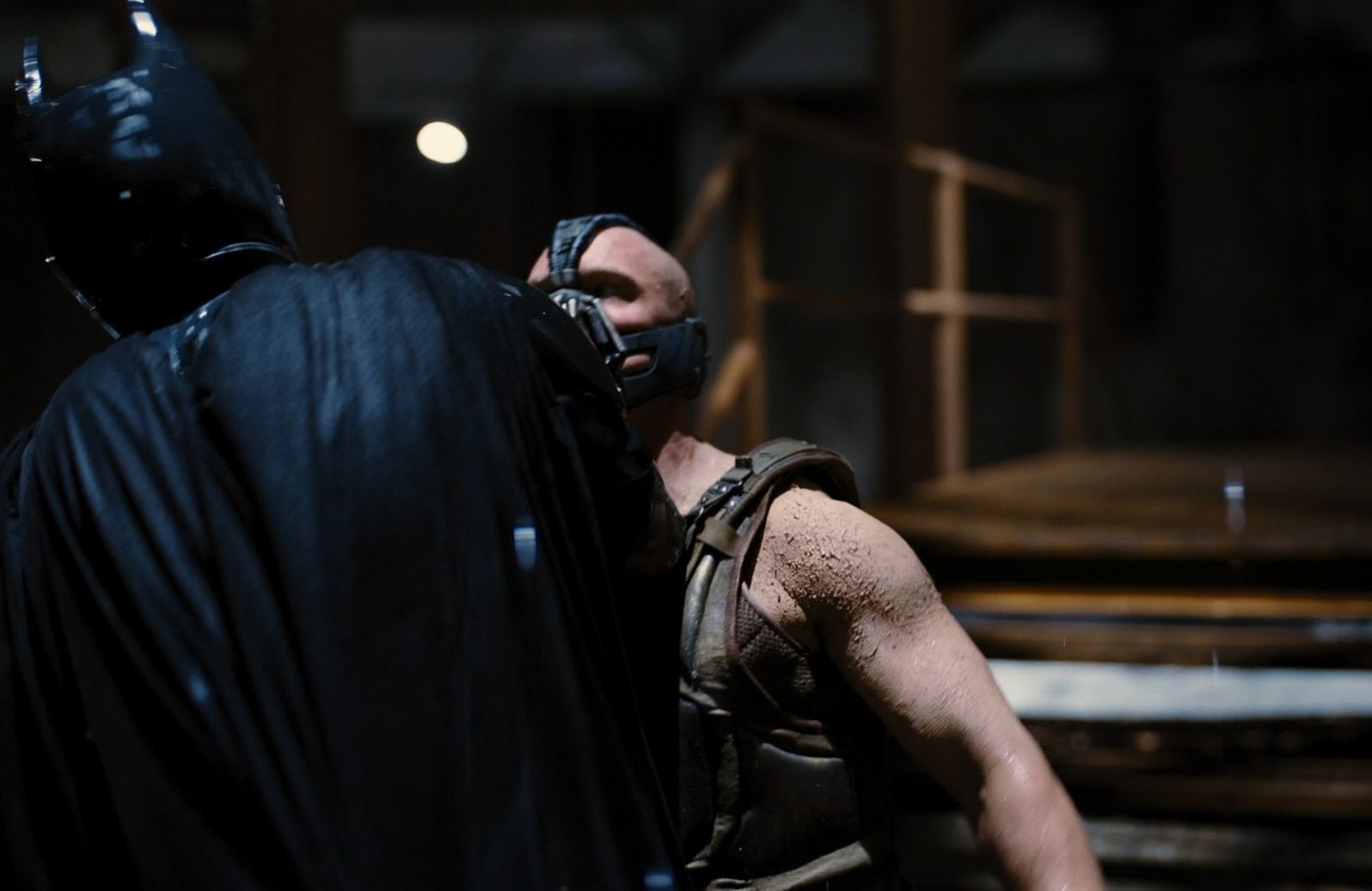 I know what it is. Tom Hardy has full arm sleeves (tattoos). It is a revealing goof, he had to wear a thick application of flesh tone makeup on each arm to cover the artwork in scenes where Bane wears no coat.

It would make more sense if it was scars from when he was attacked in the pit. We already know he suffered severe trauma from the attack because of his need for a breathing mask that provides an anesthetic, so it would be strange if he had no other marks from it. And since the doctor in the pit didn't have proper equipment, it would be no surprise that the skin would heal poorly and create that pattern.