In the last two episodes of Legion, David sets a big tuning fork called "The Choker" which, when hit, removes the power of telepaths in the area. He is planning to use it against Farouk, who foresees his plan and sends the fork away.

During the fight, though, Lenny discovers the tuning fork is still somehow close enough from the brawl for it to be efficient. 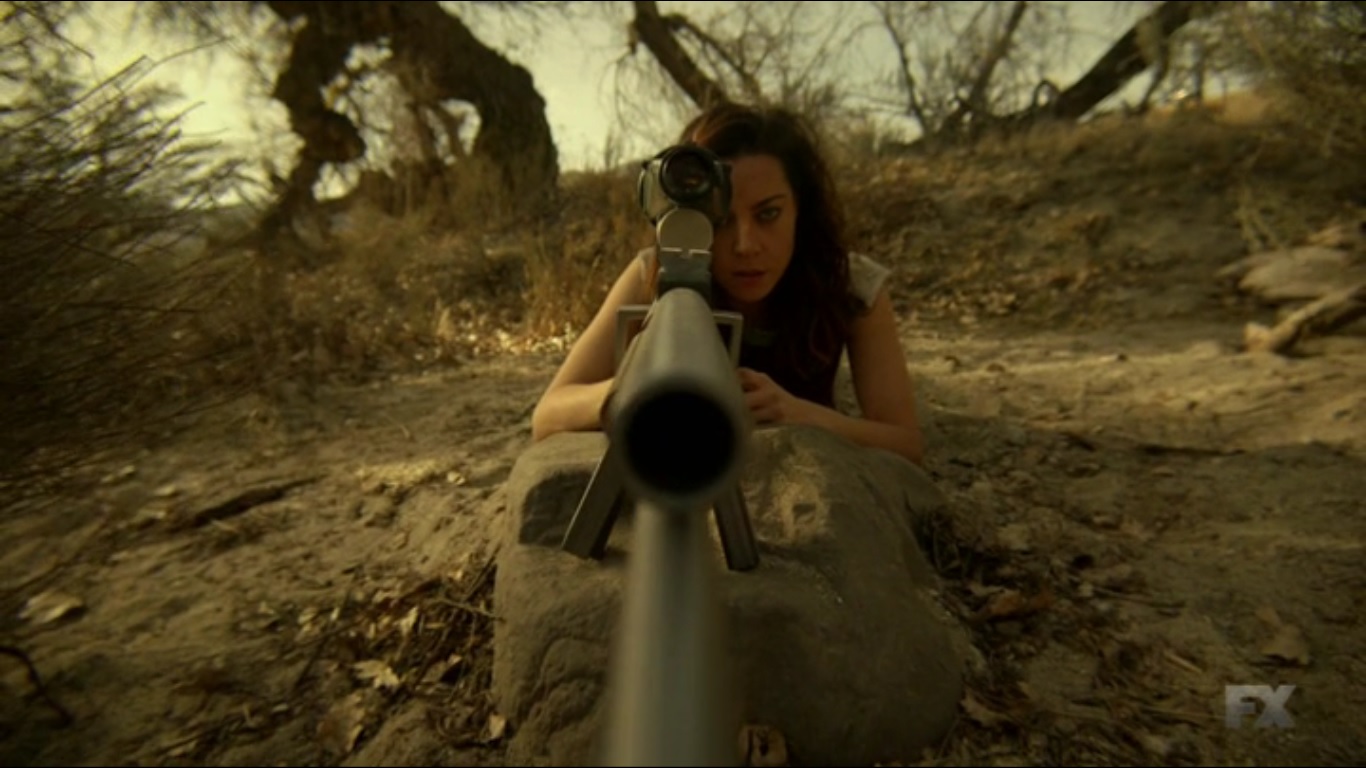 How come the device was still there? And, even if it is a coincidence, how come Farouk didn't realize he was still in range?

Legion is a series that relies a great deal on supposition and therefor there are several things in the series that have questions that are not answered or are not answered thoroughly. It's apart of Legion's surrealist charm in it's quest to subjectively explore the nature of one's reality. In fact most of characters themselves hardly ask any of the right questions and even if they do, they end up following a different train of thought soon there after. 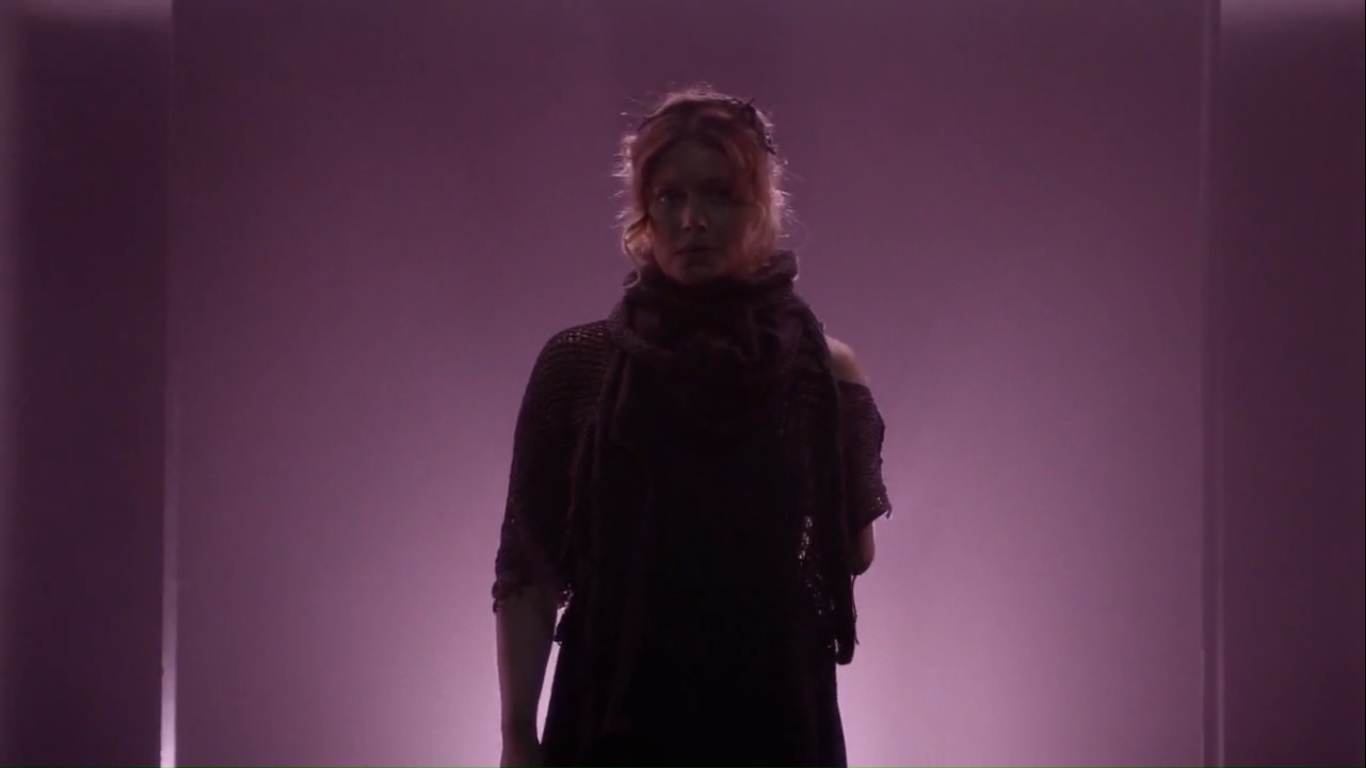 Even looking at the bigger picture, Season 2 also introduced this idea that there is an alleged "future" that relates to this particular time line, as a "Future-Syd" time travels back to change the past, as David is going to become the villain who destroys the world...Future-Syd comes with her own set of mysteries that are never directly answered.

This whole plot line sets up the main plot for season 3, which is about David finding a time traveler to change the past (in order to change the future), while Division 3, Syd, AI Robotic version of Ptonomy, Cary & Kerri, and Amahl Farouk wage war on David and his followers so this alleged Future-David destroying the world doesn't happen... -- The series never get's back to the notion of "Future-Syd" in a direct sense, as it's the past along with "time-eating" demons (yes, you read that right) that takes center stage. -- The series ends with the reveal that the time traveler called Switch becomes a celestial being in which she tells Sydney that the universe has a purpose for her and that she will have a better future, because of what she (and David) are doing.The series then ends on a hopeful note, but in fact there is no physical evidence to prove that the future is better for humanity or any known character, as Syd and David end their scene together bittersweet.

The reason that's important to trying to answer this Question, is because once the notion of time travel is introduced, it makes the audience ask, If the future is changeable or if there is a predetermined element at play?? Are things happening for a reason or none at all???

In the season 2 episode Chapter 14, the audience is treated to an episode that shows several alternate realities in which David almost never has a happy adult life and where he becomes a danger to others. Making the audience believe that a better future might be impossible with the exception of one reality where he and Syd grow old together. It's not happy per say, because Syd has to care for a debilitated David and there is something mundane, isolating, and super tedious about it, but their love seems more genuine and less contentious than it has ever been shown on the series elsewhere.

But getting back to the tuning fork, we know before the fight David has executed a plan to get everyone and everything he needs, but it is never explained how he is able to work it all out to know what would happen, up to some point? Obviously there are things he can't predict, like Syd turning on him or getting too caught up with fighting Olivier, but yet he could set everything before that up! And in season 3, he needs another character's help to change outcomes

with Division 3, so what happened to this ability or did Division 3 just get smarter/better technology???

Still, there is some leeway to speculate that perhaps everything happens for a reason on Legion, meaning that coincidence is not just coincidence, because of the revaluation,

of Switch (the time-traveling mutant) and her father in the final episode, gives subtext to a "higher power" that has some greater control or understanding of the universe(s).

It's not a magnet, it's a tuning fork.

Here is the relevant dialogue from the episode:

Cary Loudermilk: But Clark's coming, too, and he's bringing something.

David Haller: The Choke. It's a dampener.

Cary Loudermilk: What does it dampen?

David Haller: Us. Our powers. Something to do with the frequency when you ring it. None of our powers work.

Cary Loudermilk: So you

David Haller: When we ring that bell, we're all just men for a few minutes.

Not the answer you're looking for? Browse other questions tagged plot-explanation x-men-cinematic-universe legion .

11
Who is this character in X-Men: The Last Stand? What is his power?
4
Why Mystique's claw got broken into two piece
5
Why the bollywood dance number in Legion?
7
Is “Logan” the last movie with Hugh Jackman as Wolverine?
4
Do the powers other characters have in Legion represent anything?
3
Scott Summers's status in X-Men: The Last Stand?
4
When is Legion happening?
3
In the final episode of Legion, what exactly are they gonna look for?