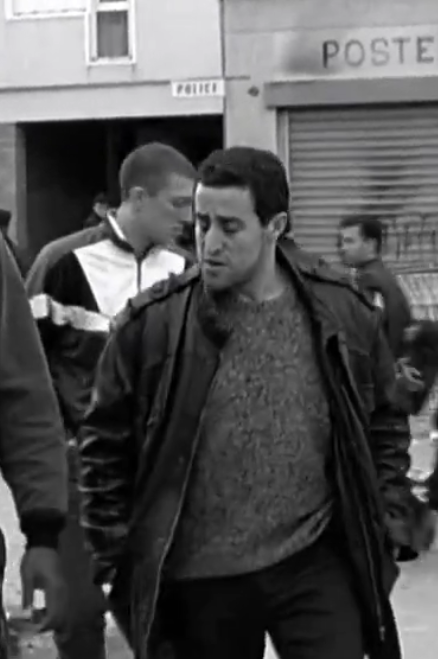 I was watching La Haine, and I thought he was Arab because of a comment Said made which at the time I initially misread, "An Arab wouldn't last one hour in a police station" (initially I read that as an Arab would not last in a career as a police officer a French police station), but then I realized he was referring to Arab victims of police brutality when I saw "hour." So I'm wondering, is the cop who was sympathetic to the youth in the movie, French or Arab. Said, one of the youth, is Arab, which leads me to believe, since the character is North Africa that he's Egyptian. But the cop, what is he?

The plainclothes police officer is French as you need to be French to work for the French "Police Nationale". He is also Arab or Berber descent as the talk with Saïd indicates, and also his credit name Samir. He's most likely from francophonic North Africa (Tunisia, Morocco, Algeria). I wouldn't say Egypt since, even Egyptian immigration still existed, it was more rare.

He is portrayed by the French actor Karim Belkhadra who is Kabyle.

Not the answer you're looking for? Browse other questions tagged character la-haine .