Why are there no programmes / playbills for movies?

I feel like with today's movies, it would be easy to fill a small booklet with production notes, pictures and background information. Is there a particular reason why programmes (as available for theatre performances) never caught on in cinema?

They did catch on for big budget "important" movies during the last millennium, but for some reason fell out of fashion decades ago. In fact I might own one or two old movie programs or programmes.

A roadshow theatrical release (known also as reserved seat engagement) was a term in the motion picture industry for a practice in which a film opened in a limited number of theaters in large cities like New York City, Los Angeles, Chicago and other major cities around the world for a specific period of time before the worldwide general release. Although variants of roadshow releases occasionally still exist, the practice mostly ended in the early 1970s.

As far as is known, virtually all of the films given roadshow releases were subsequently distributed to regular movie theatres. This was called a general release, and was akin to the modern-day wide release of a film. However, there are five important differences between a roadshow presentation of a film and today's limited releases:

Souvenir programs were often available at roadshow presentations of films, much as souvenir programs are made available when one goes to see the stage version of a play or musical. These movie souvenir programs contained photos from the film, photos and biographies of its cast and principal crew, and information on how the film was made, rather like today's "extras" on DVDs.

In the case of films, programmes are rarely provided, although they were frequently given out during the original roadshow engagements of spectaculars such as Ben-Hur (1959), King of Kings (1961), or How the West Was Won (1962), as well as "specialized" films like Disney's Fantasia or the three Laurence Olivier Shakespeare films that he starred in and directed: Henry V, Hamlet, and Richard III. They served much the same function as those for live theater. Programmes for films made in special widescreen processes also explained how the widescreen effect was accomplished.

My family used to own two hardbound books that where either programs for Around the World in 80 Days (1956) and Windjammer (1958) or else tie in books.

And see the answers to this question which imply that magazines about the making of various movies are sometimes sold as souvenirs today.

What was the last movie to have a souvenir program available at showings?

Even though souvenir programs were made for only a small proportion of movies in the 20th century, big "roadshow" movies, studio publicity departments prepared pressbooks to distribute to members of the press to publicize many movies and there are or were many movie fans collecting movie pressbooks.

In cinema a pressbook may be a piece of promotional material created and distributed by film producers in order to market their films. Prior to 1980, most film companies did their own promotion, and the pressbooks would be given to exhibitors.

Pressbooks generally contained information on the stars of the film, illustrations of film posters or newspaper advertisements, notes that could be planted in newspaper features or blurbs, ideas for exploitation campaigns, and other promotional materials including ready-made film reviews, souvenir-style giveaways and listings of various tie-ins with the film.

It should be distinguished from a press book, which is a collection of works and communications used to represent an individual, group of individuals, service, company or product. It is usually associated with creative professionals. It may be textual, graphic (photo, illustration, painting...), animated (video/film,3D...), or algorithmic (games...).

It may include press releases, advertisings, editorials, instructions for use, or any information that pertains to that person/product, or of works and communications used to represent an individual, group of individuals, service, company, or product. It is usually associated with creative professionals.

Pressbooks were intended for theater owners to publicize a film. Movie patrons never got to see them, except for the ads that appeared in newspapers and magazines.

Movie theaters had plenty of programs in the silent era and classic era. They were just different from "legitimate" theater playbills. I have a lot of these on my website at the Silent Film Still Archive 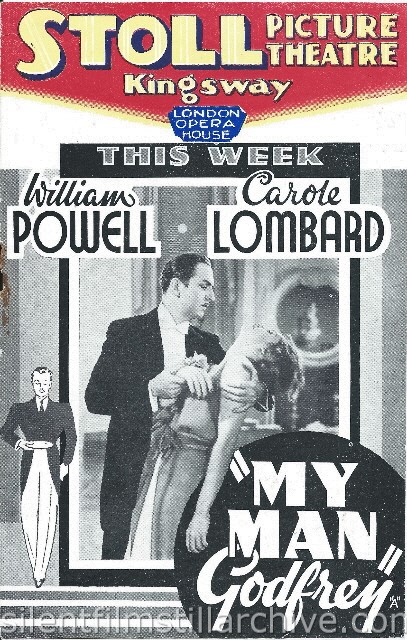 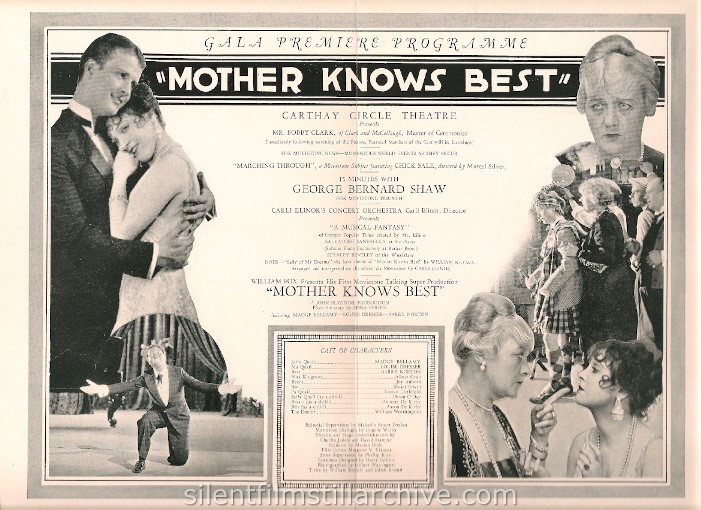 9
What was the last movie to have a souvenir program available at showings?

39
Why did Michael Richards refuse to portray himself?
3
Reasonable metric for "popularity" in movies
44
Why do some movies start with a big rotating circle and countdown?
43
Why do old movies sound like old movies?
16
Have there been any movies about or with realistic ninjas?
3
Are there any movies or series involving someone with ADHD?
39
Why are there so few movies about the Vietnam war itself?
13
How commercially successful, in general are Mockbuster movies?